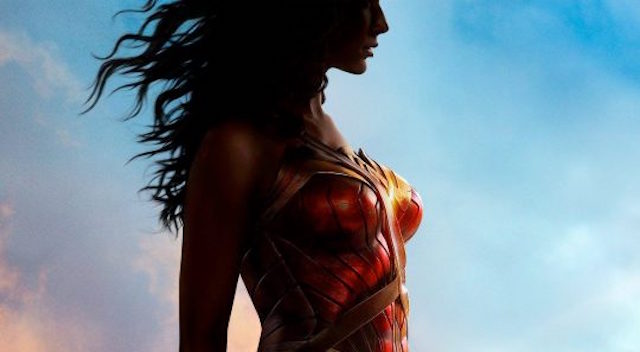 Hopefully, by now we can all agree that it’s totally unreasonable to expect Patty Jenkins and Wonder Woman to bear the burden of representing an entire gender’s potential as filmmakers or protagonists or even a bankable audience demographic. Can a woman direct a blockbuster superhero movie? Can a woman lead a comic book movie? Is there an audience for that material? These are ridiculous, belittling questions, but ones we were forced to hear over and over and over leading up to Wonder Woman’s release. So while Jenkins shouldn’t have had to serve as the ultimate answer those questions, her movie’s success answered them with a resounding STFU.

Over at the MCU, Kevin Feige is grateful for that. Because until now, he’s been the main target of the woman-led superhero line of questioning. (Seeing as we’ve only been asking for a Black Widow movie for, you know, about seven years.) And with Captain Marvel on the horizon, he knew what that conversation was going to look like. He told Angie Han at Mashable,

“Because what the question would have been on this junket before that is, ‘Do you think people want to see a female superhero movie? Do you think audiences are ready to go see a big … Are you nervous about Captain Marvel being a big, the first female hero?’ And I would always say no, because there hasn’t been a good one in a long time. There were, you know, 15 years ago, a bunch of bad ones. Did they fail because they were female lead movies? No. They failed because they were not good movies.”

Now, though, he says “I don’t have to say that anymore. Thanks to Wonder Woman. Because it just blows that fallacy out of the water.”

Yes! That’s exactly what we’ve been saying for so long. These questions are unnecessary and insulting. It’s nice to hear Feige dismiss them as such.

On the other hand, it’s frustrating to hear Feige brush off that manufactured barrier now, seeing as he’s always been in a position to break it down. As Han notes, “the fact of the matter is that Marvel Studios could’ve shut that conversation down a long time ago, if they’d wanted to – they’ve definitely had the time, the money, and the clout to make that happen. They’ve just chosen not to.”

It’s totally disingenuous to speak now as if it’s just mere happenstance, rather than a deliberate choice, that Marvel hasn’t yet put out the woman-led movie (or–dare to dream–movies) fans have been begging for for so long. He makes a point to mention how long Marvel has been working on Captain America, lest it look like they’re just jumping on Wonder Woman’s bandwagon. And yes, sure, they didn’t just decide to make their movie yesterday. But the fact remains that those insulting concerns over the viability of a woman-led superhero movie exist in large part because Marvel never did anything to break them down.

By the time Captain Marvel comes out, the Wonderr Woman movie will have been around for nearly two years. With any luck, we’ll be close to its sequel by that point. There are a whole lot of Marvel fans who are disappointed by their heel dragging when it comes to producing a woman-led movie, and Wonder Woman’s box office bonanza is proof of what they’ve been missing out on.