Giveaway: IMAX and Funko Pop! Want to Give You the Best Star Wars: The Last Jedi Experience Ever 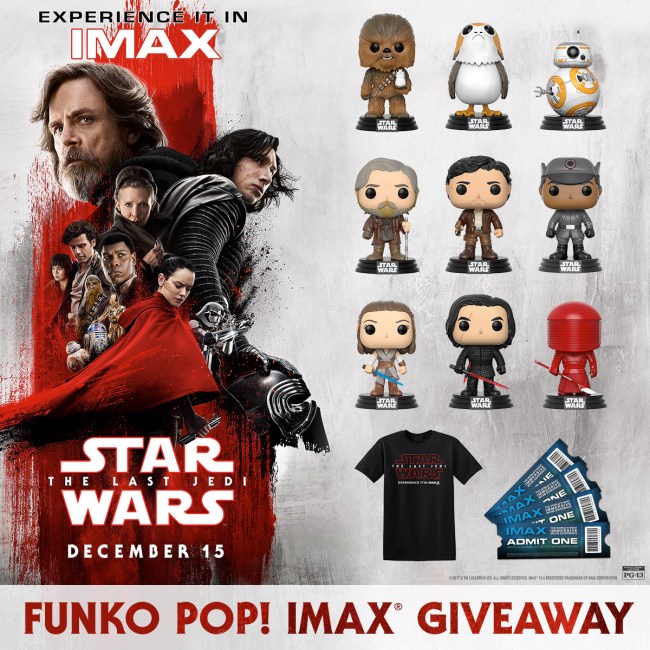 Some of you might already have your tickets for Star Wars: The Last Jedi next week, but whether you do or don’t, I’m sure you wouldn’t mind getting your hands on this super-sweet prize pack, courtesy of IMAX and Funko Pop, who want to provide you with the best Last Jedi experience possible!

So you can show up to your local IMAX theater to see the movie decked out in your new shirt with a porg and Captain Phasma in tow!

You can enter to win this amazing prize pack by following these simple rules for your social media platform of choice (available in the US only, one entry per person):

Enter by Friday, December 8th at 5PM ET, and we’ll select one winner from all the entrants at random! Good luck! And may the Force be with you.