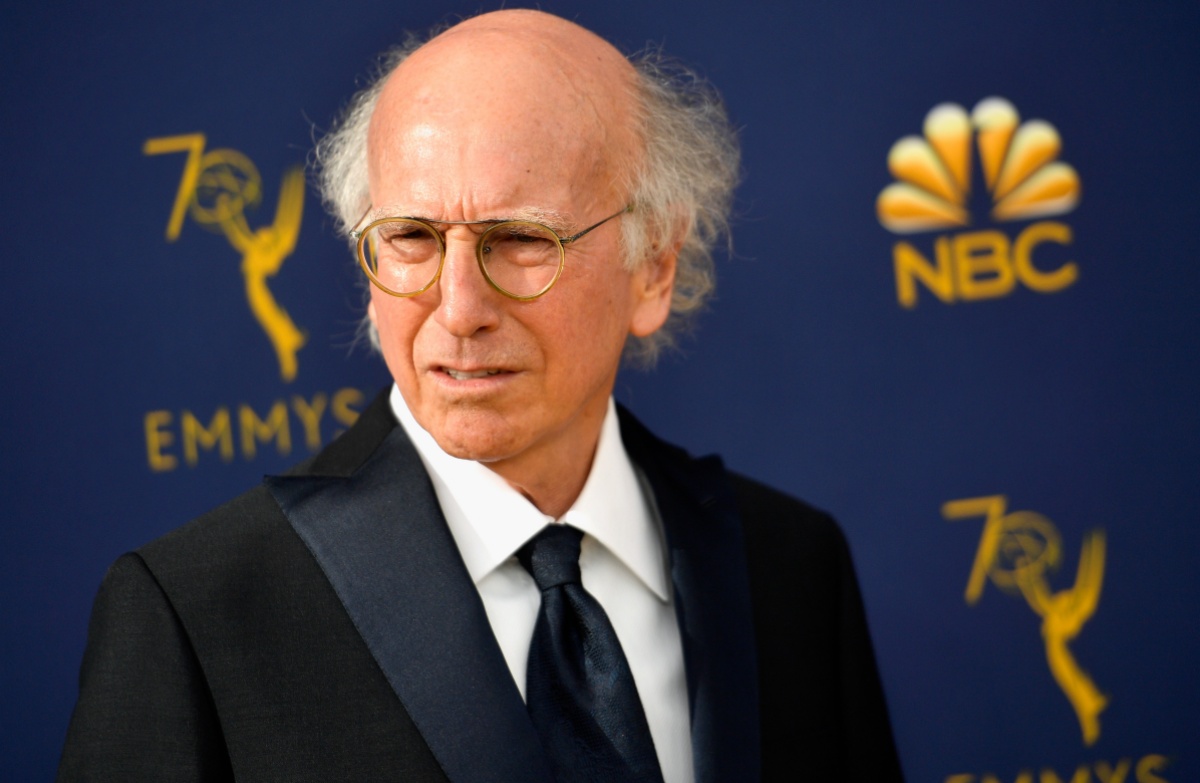 Curb Your Enthusiasm creator Larry David got into an old man screaming match with Trump/Epstein’s favorite lawyer Alan Dershowitz at Martha’s Vineyard. While we don’t have any footage, Page Six has a script and context confirmation from the Dershowitz himself.

Apparently, at the wonderfully named Chilmark General Store, Dershowitz came up to David and tried to have a conversation. That was quickly shut down because David had no time for the Trump supporter.

Dershowitz: “We can still talk, Larry.”

David: “No. No. We really can’t. I saw you. I saw you with your arm around [former Trump Secretary of State Mike] Pompeo! It’s disgusting!”

According to the “stunned source,” “Larry then walks away. Alan takes off his T-shirt to reveal another T-shirt [underneath it] that says, ‘It’s The Constitution Stupid!’.” Then Dershowitz “drove off in an old, dirty Volvo.”

Now this is all painfully hilarious and it got even funnier when, after being reached for comment, Dershowitz confirmed that this happened and took the time to rag on David, saying that they were friends for years until Dershowitz worked for Trump.

“While he was writing bad jokes, I was helping to bring about peace in the Middle East,” Dershowitz told Page Six. “What has he done?”

We have peace in the Middle East? Well moving on to some other choice quotes.

“Larry is a knee-jerk radical,” Dershowitz told Page Six. “He takes his politics from Hollywood. He doesn’t read a lot. He doesn’t think a lot.”

“It’s typical of what happens now on the Vineyard,” he added later. “People won’t talk to each other if they don’t agree with their politics.”

“I’m a liberal Democrat and I voted for Biden just as enthusiastically as Larry did,” Dershowitz told us.

“[David] is guilty of contemporary McCarthyism,” Dershowitz said. “McCarthy would have been proud of him.” He said that in the ’50s, political witch hunter Joseph McCarthy “went after lawyers who represented people he disagreed with.”

Dershowitz told us he wants to “extend a hand of friendship” to the “Seinfeld” co-creator “if Larry wants to talk about any of this.”

He said, “I won’t get into a screaming match with him. If he wants to scream, he’ll have to scream alone.”

I’m sure that calling David’s jokes bad is a perfect way to extend friendship. Dershowitz would do well on Twitter. Overall, this conflict is being framed as a reflection of the post-Trump political climate. It seems like many of those associated with the Trump administration are not going to be able to just slide back into their elite circles. As it should be.

Now even George W. Bush can get a high five, but Trump supporters are not welcome.

It is both very funny, and very telling that after the decades of bi-partisan conflict and several wars, this is the tipping point.