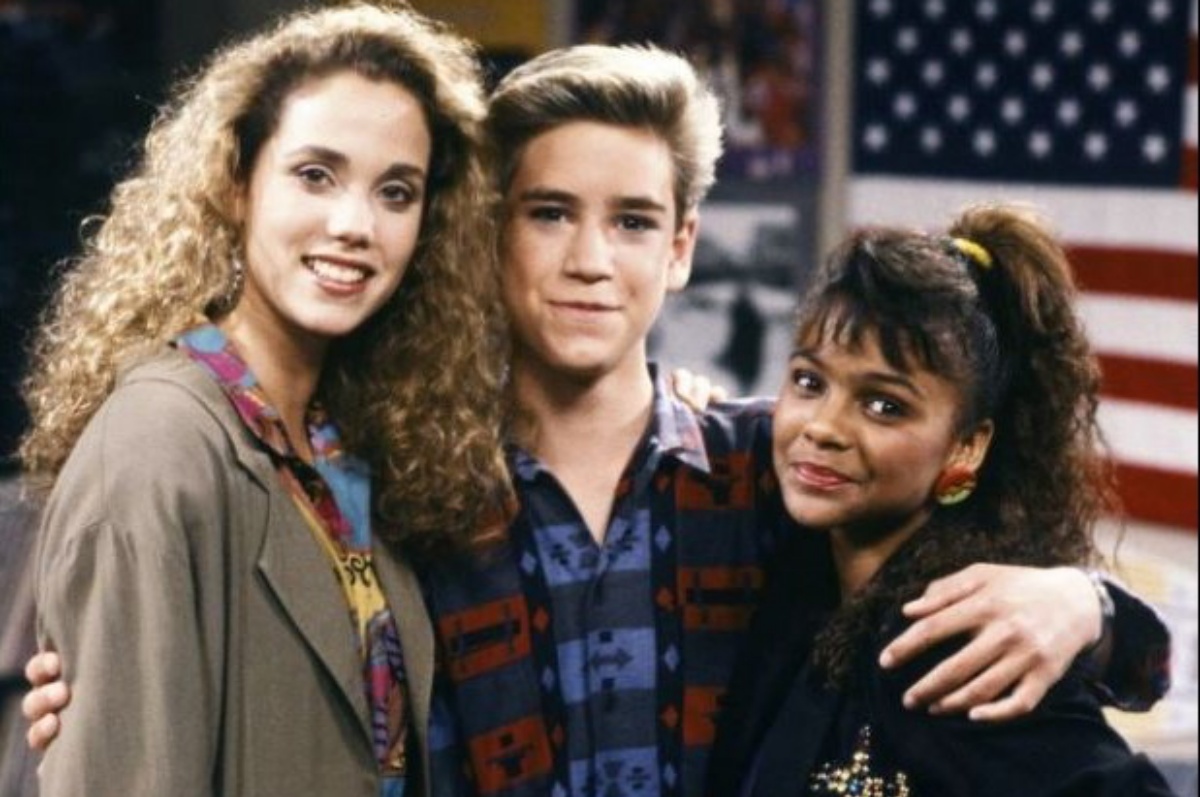 In September of last year, it was announced that the popular high school series Saved by the Bell would be revived (of course) with Mark-Paul Gosselaar, Mario Lopez, Elizabeth Berkley, and Tiffani Thiessen confirmed to return in some capacity, along with a new crop of characters. But one person who has been excluded from the revival so far is Lark Voorhies, who played Lisa Turtle on the original series.

During an interview on The Dr. Oz Show, the actress shared that she felt slighted by the choice, since she and Dustin Diamond (Skreech) are the two most central cast members not asked back thus far:

“I have to admit I did feel a bit slighted and hurt when I was not invited to be part of the Saved By The Bell reunion, as well as other cast members events,” Voorhies read. “Yet, of course, I also realized that having this puzzling disorder may have played a major part in that factual decision. With that in mind, I am truly thankful for having had the chance to work on a show that has been so successful.”

“I have to admit I did feel a bit slighted and hurt.”

“Saved by the Bell” star Lark Voorhies joins me Wednesday to discuss her mental health, as well as her feelings about not being included in an upcoming reboot of the show. pic.twitter.com/mLYQ4aRpoF

What Voorhies is speaking about when she says “puzzling disorder” is the fact that she was diagnosed with schizoaffective disorder and dealt with a lot of mental health-related issues that hindered parts of her professional career.

I wasn’t a huge Saved by the Bell fan growing up, but I knew who Lisa Turtle was. She was one of the avatars of Black cool that had entered mainstream pop culture. She was beautiful, popular, smart, and the token rich girl—the Susie Carmichael of the show, for better or worse. Her presence gave young Black teens an entry point into the show.

Voorhies’ exclusion is part of a really exhausting trend of a lot of the “token” Black characters in these big shows being left out. Girl Meets World’s exclusion of Angela makes me rage to this day, and Rachel True has talked about not being included in The Craft reunion events.

There are rumors that Voorhies that didn’t get along as well with people on the cast, but considering that the Beverly Hills 90210 cast included Shannen Doherty and the chaos that happened on that set, it seems like they can at least bring her on, give her a read-through to see if she can still bring it, and then make a decision on keeping her. Voorhies has been open about her mental illness and working on getting better, so seeing her excluded is sad if only because it seems dismissive of her abilities without even testing them out.

Mental illnessrebootsSaved by the Bell