Exclusive Cover Reveal: Leigh Bardugo’s The Language of Thorns, a Collection of Stories From the Grishaverse! 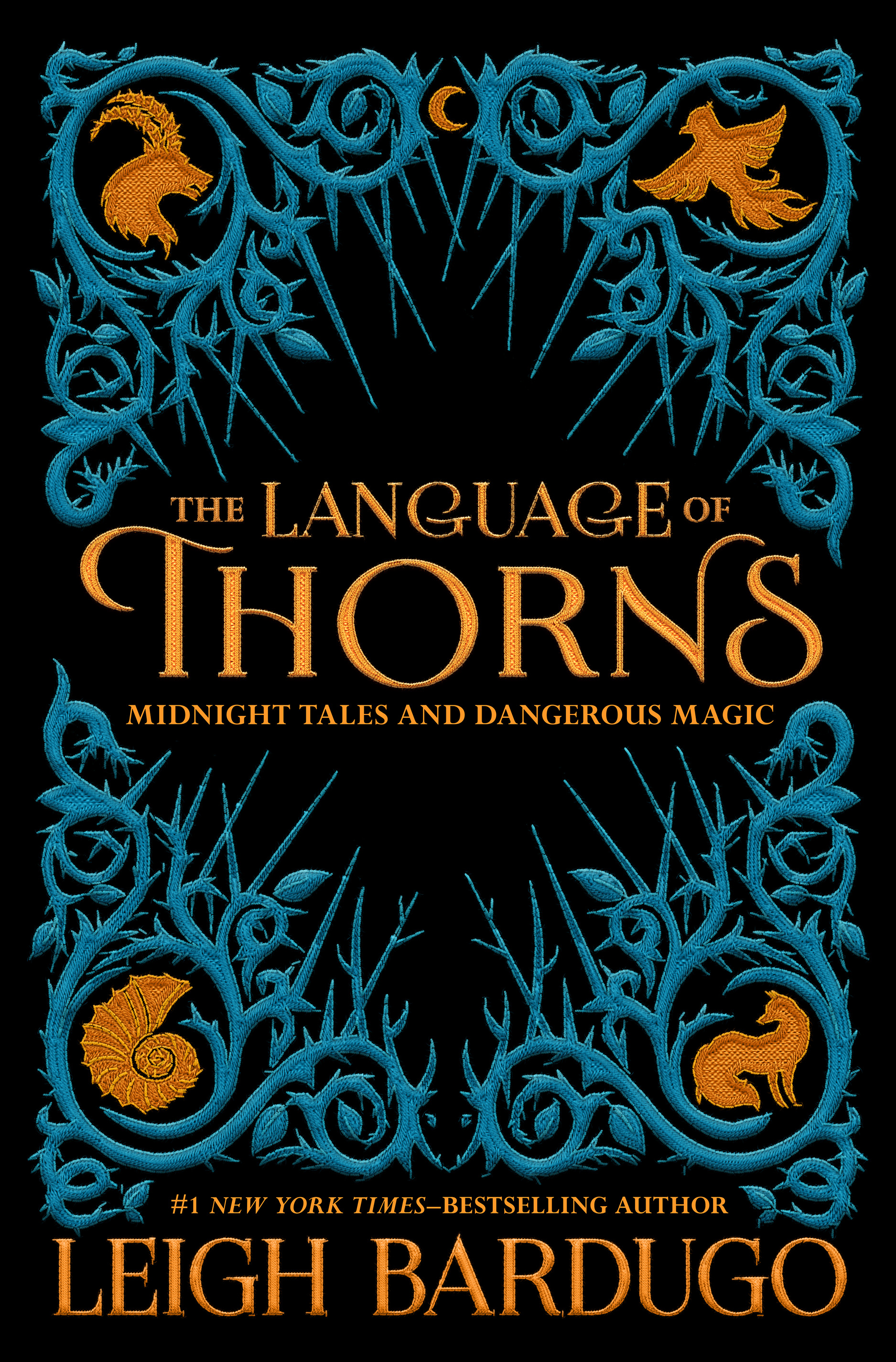 “Travel to a world of dark bargains struck by moonlight, of haunted towns and hungry woods, of talking beasts and gingerbread golems, where a young mermaid’s voice can summon deadly storms and where a river might do a lovestruck boy’s bidding but only for a terrible price.” —Imprint

#1 New York Times bestselling author Leigh Bardugo’s Grishaverse (which we’ve recently recommended getting into with Shadow and Bone) is a detailed world of magic just waiting for you to immerse yourself and kick off a brand new fictional obsession—or keep one going, if you’ve already gotten started. The Language of Thorns: Midnight Tales and Dangerous Magic is a great entry for readers both old and new, with a collection of six short stories (and accompanying illustrations by Sara Kipin) that leverage all that world-building to magical effect, “filled with betrayals, revenge, sacrifice, and love.”

The striking cover, designed by Natalie Sousa, benefited from that strong foundation as well, as Bardugo explained:

“The Imprint team and my editor Erin Stein opened the conversation on cover design early on. In some ways, we were at an advantage because three of the six tales were complete and we had a strong sense of what the mood they conveyed. Fairy tales exist out of time, and as a writer, one of my goals is for these stories to feel as if they’ve always existed, as if they’ve been told over and over again. We wanted that feeling to carry over to the cover, and we wanted the book to feel like something special when you held it in your hands.

I’m a Pinterest lurker—I hoard secret boards full of narrative and design inspiration, so it was fun to get to share some of those ideas. But Natalie Sousa, the Imprint art director, came to the table with a real vision for what we could do with texture. I didn’t really get it until they sent me the first comp and completely blew my mind. Basically, she and designer Ellen Duda are queens and I bow down.”

Sousa echoed the Pinterest connection and the collaborative process:

Leigh and our design team started contributing to a shared board. The space was meant as a way to look at the portfolios of illustrators we were considering for the book’s interior art, but it quickly transformed into more! The board became a space where we pinned vintage books, embroidery, textures, and eerie images.

As such, the imagery on the cover was very much a collaborative effort. Leigh wished to evoke a sense of danger (thorns). I wanted to represent the six tales inside (icons). Erin Stein (Leigh’s editor) hoped we could bring to light the magical qualities (hidden elements for the reader to discover). Ellen Duda, our Senior Designer, wove it all together beautifully to make what you see on the cover today. Now just wait till you see the actual printed book!

Just before we started on the cover design, Leigh joined us for a meeting in the Flatiron building (where we work). Erin and I shared several vintage books with special production qualities so we could discuss how we wanted the book to feel. Did we want the paper to have texture? Should any embroidery be emphasized with embossing? How thick should the paper be? These questions were critical through the entire design & production process. After oohing and ahhing at several books, we knew this needed to be very tactile!”

If you want to pick up a copy for yourself, The Language of Thorns goes on sale September 26, 2017.