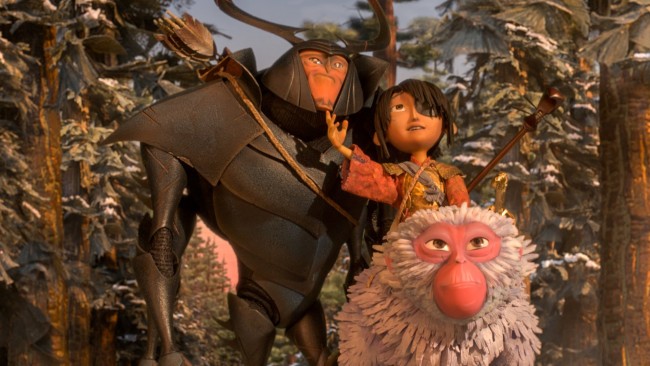 LAIKA has been making some of the most creative animated films of recent years, each of them a standalone nugget of perfection. And they want to keep it that way!

In an interview with Cartoon Brew, LAIKA CEO and President, Travis Knight was adamant about his desire to have the films that come out of his company remain sequel-free. He explains:

“I take a firm stand against sequels. My industry brethren are a little shocked at how firmly I’m committed to not doing sequels. Of course there are great sequels. Godfather II, The Empire Strikes Back. But I think if you look at where our industry is going, it’s dominated by franchises and brands, re-dos, re-makes, sequels and prequels, where all these old presents are re-wrapped and offered up as new gifts … The way we approach our stories is we imagine each film as if it’s the most meaningful experience of our protagonist’s life. If that’s your point of view, your sequel is automatically either going to be (A) a diminishment of that – is it the second most important experience of your protagonist’s life? Or, (B) you’ve got to crank up the volume so much, everything’s sensory overload, and becomes comical how much you have to ratchet it up to justify its existence. I’m not interested in that. I don’t want to do that. I want to tell new and original stories.”!

Granted, Kubo and the Two Strings‘ opening weekend box office wasn’t huge (get on that, people! That movie is so good!), and LAIKA’s films generally aren’t blockbusters that most studios would think deserve a sequel. However, it’s also a testament to the quality and caliber of story they try to tell. They’re not about merchandise, or money. They’re about giving children (and adults!), stories that are meaningful and substantive.

In a pop culture landscape that’s increasingly about sequels, prequels, and seemingly endless franchises, it’s nice to know there’s a place to go for an alternative.

(via Movies.com, image via Focus Features)