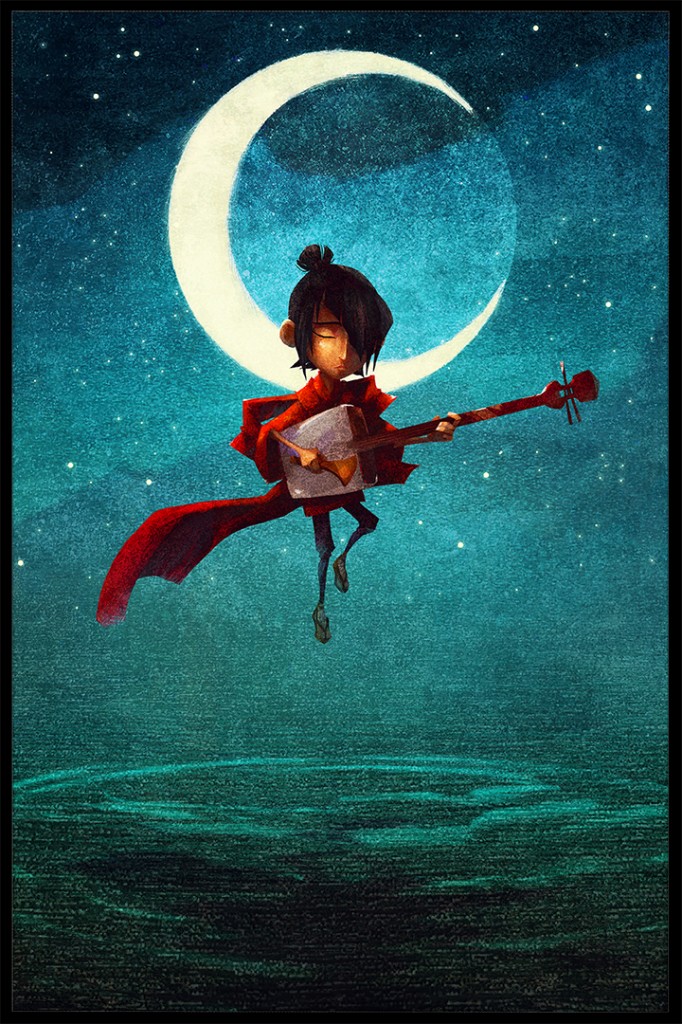 Laika, the stop-motion film production studio behind Coraline, ParaNorman, and The Boxtrolls, have announced their next project.

The company recently renewed its agreement with Focus Features for a further three films, and Kubo and the Two Strings is the first of them. Here’s the synopsis:

In the epic fantasy, scruffy, kindhearted Kubo ekes out a humble living while devotedly caring for his mother in their sleepy shoreside village. It is a quiet existence – until a spirit from the past catches up with him to enforce an age-old vendetta. Suddenly on the run from gods and monsters, Kubo’s chance for survival rests on finding the magical suit of armor once worn by his fallen father, the greatest samurai the world has ever known. Summoning courage, Kubo embarks on a thrilling odyssey as he faces his family’s history, navigates the elements, and bravely fights for the earth and the stars.

Laika CEO Travis Knight, who will be in the director’s chair on Kubo for the first time, calls the movie a “gripping yarn woven from Japanese folktales and mythology, with lost civilizations, mystical origami, noble heroes, star-crossed lovers, and blood-curdling monsters.” Which sounds pretty cool. Unfortunately, what sticks out to me about the announcement is that for a movie so steeped in an Asian culture, its artistic motifs, and its stories, its extensive initial list of cast sure doesn’t have any Asian actors in it.

Not that it’s a list of bad actors. Laika has already signed Matthew McConaughey, Charlize Theron, Rooney Mara, Ralph Fiennes, and Brenda Vaccaro, as well as Game of Thrones‘ Art Parkinson as the titular Kubo. But you’d think that if they were borrowing liberally from Japanese culture, they’d at least pull a few Asian actors, especially for the young lead, who’s unlikely to be cast with a big box office name anyway, since it’s necessarily a child’s role. And there are certainly Japanese or Japanese American actors out there with box office pull.

Laika, are you telling me you don’t want to put Ken Watanabe, Rinko Kikuchi, or George Takei’s voices in your film? Because if you did I would call you a liar. Especially in regards to George Takei.