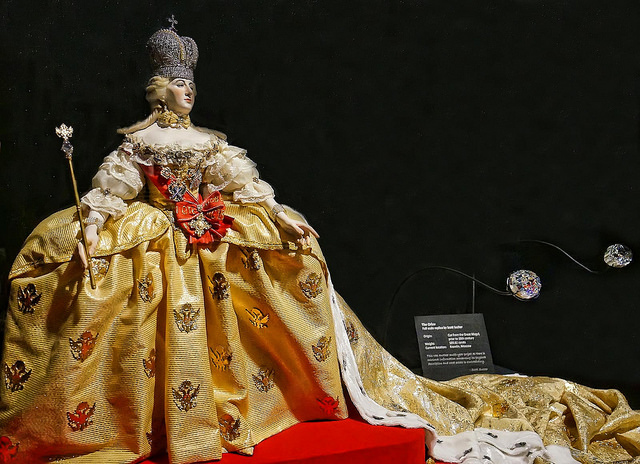 Each year’s Hollywood Black List is comprised of the seventy most talked-about (but as-yet unproduced) films in the industry—and this year’s list has some pretty interesting ladies on it, both in front and behind the hypothetical lens.

Deadline reports that topping the list is Catherine the Great, written by Kristina Lauren Anderson, which sees “Sophia Augusta tak[ing] control of her life, her marriage, and her kingdom, becoming Russia’s most celebrated and beloved monarch.” Also high on the list, we have the Steampunky-sounding Aether by Krysty Wilson-Cairns, where:

In near future London, a revolutionary technology has been invented that can record sounds hours after they were made. Detective Harry Orwell, inventor of this technology, is part of a pilot program where investigators record and analyze past sound waves and finds himself the prime suspect while investigating a string of brutal murders.

There’s also Cat Vasko’s Situation Comedy, about a girl who finds herself teleported into a sitcom world; Noga Landau’s Tau, about “a woman held captive in the futuristic smart house of a serial kidnapper”; Kimberly Barrante’s Celeritas, about an astronaut who doesn’t age and is on the run from NASA; April Prosser’s Plus One, about the world’s worst wingwoman; and Christina Hodson’s The Eden Project, which sounds particularly rad:

When a race of genetically modified humans living secretly among us declare war on Man, the fate of the world is in the hands of a rogue “Synthetic” named Eve and a young girl who is about to discover she’s not all human.

Of course, only about 12% of the scripts on the list were written by women, because Hollywood is still a ridiculous boy’s club; but let’s support these awesome ladies who are working hard to break through those writing barriers to bring us great films. You can check out the full list here.

(via Flavorwire, image via Mary Harrsch)