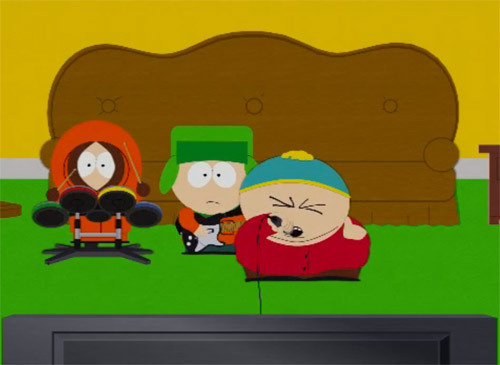 For hard-core Rock Band players, the world is about to get much brighter: Starting this fall, Inspired Instruments will release the ‘You Rock Guitar’ and will consequently bring an end to all your digital guitar woes.

A hybrid digital guitar and gaming platform with three modes—Music, Game, and ‘You Rock’— The You Rock Guitar can be connected to an amplifier and used as a real instrument, or plugged into your game console to play Rock Band. And by console, we don’t just mean your Playstation or Wii. We mean all consoles. By virtue of a removable cartridge, you’ll be able to wirelessly communicate with any system you, or your friends, may have. Let the competition truly begin:

The guitar will be suited with a 22 fret, full-scale neck, real strings and a touch-sensitive fret board, as well as a great accompaniment package—backing rhythms and chords, alternate and drop-tuning presets and capo settings. Once you get used to playing, you can even plug it into your iPod or mp3 player and have a go.

But you don’t even have to wait that long for the good stuff to begin: Starting next week, Rock Band will release the Lady Gaga Pack 01, which will include “Just Dance”, “Bad Romance”, “Monster” and “Poker Face”. Each song will be available for $2 — the entire pack for $6.99. Better yet: also included is Eric Cartman’s infamously melodious rendition of “Poker Face.” For all of you who just can’t get enough of the 4th grader’s musical stylings.