Everyone’s Entitled to Their Opinion, But This Guy Who Singlehandedly Killed Lady Bird’s Rotten Tomatoes Record Is the Worst 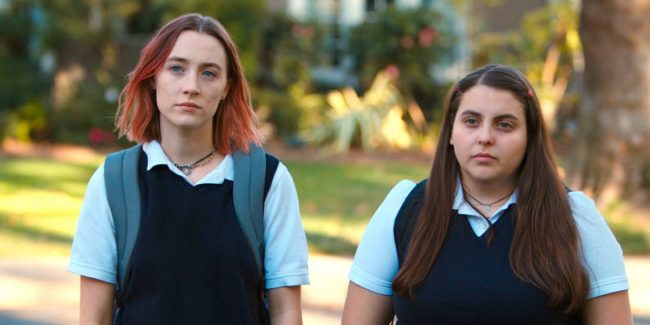 Greta Gerwig’s beautiful coming of age story Lady Bird recently made Rotten Tomatoes history as the site’s best-rated movie. It was the film with the highest number of “fresh” reviews contributing to its 100% score.

Then today, some dude came along with a “rotten” review, killing that score and declaring himself Film Twitter’s Enemy #1.

Look, everyone is entitled to their opinion. He doesn’t have to like Lady Bird. No one has to like anything. But there’s some bullshit here worth talking about.

First of all, this review is crap. Again, Cole Smithey–like anyone else–can have his opinion. But I think his opinion is wrong. Like, factually wrong. He drops the word “mumblecore” four times in a 400 word review, each time with disdain. Now, Gerwig was a major player in that film movement, but I have trouble seeing how anyone could categorize this film as part of it. Mumblecore is defined by its low budget, overly naturalistic or improvised performances, often from nonprofessional actors. None of that applies to Lady Bird. The entire review reads as a dismissal of a genre that doesn’t apply to the movie at hand.

I get people dismissing my opinions by accusing me of bias in my writing all the time. They say I didn’t like Justice League because I went in with preconceived ideas of DC failures, or I loved Wonder Woman because I only and always like movies starring women. (Still trying to reconcile those two in my mind.) So I’m wary to call out predetermined bias in another’s article. But this? This definitely reads like someone who looks down on the kind of work he associates with Gerwig (mumblecore) and who thinks he’s smarter than the movie. At the very least, he clearly doesn’t connect with the character, and seems sure that he has a better take on Lady Bird’s motivations and general character than the film does.

But, again, that could all come down to taste. I mean, this guy also gave F reviews to Wonder Woman, Logan and Dunkirk but sure, taste.

What’s really weird is that Smithey rated the movie a B- on his own personal website where the review was published. B- doesn’t sound “rotten” to me, and looking through his Rotten Tomatoes history, it would look like he agrees. There are other movies he’s given B- to that were given that little fresh tomato icon. In fact, scrolling through three years of his reviews, every movie he gave a B- to was also marked a fresh rating. Except Lady Bird.

I’m not sure if Smithey manually uploaded his review (that would be my guess for a review published on a personal blog), or if Rotten Tomatoes pulled it and guessed at the fresh/rotten ranking. Either is possible with the way the site works. Either way, it sure sounds like someone wanted to make some headlines. Well, congratulations, it worked. A much-deserved title was earned by a beautiful movie, and some dude who couldn’t even get the genre right just had to come in well, actually all over it. Well done, you’re famous now.