L.A. Officially Replaces Columbus Day With Indigenous Peoples Day—We Now Wait on the Rest of the U.S. to Catch Up 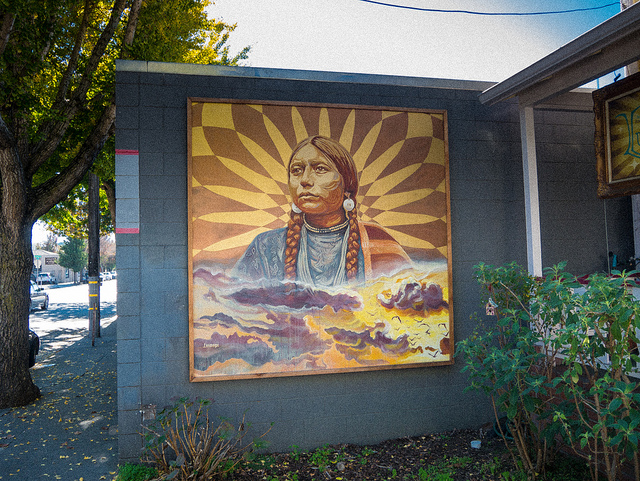 In a move that is one small step toward making amends to the indigenous community, the Los Angeles City Council has officially replaced Columbus Day on the city’s calendar with Indigenous Peoples Day. Naturally, not everyone’s on the same page about this. *sigh*

As reported by The L.A. Times, Los Angeles followed the lead of cities like Seattle, Albuquerque and Denver, to replace Columbus Day with Indigenous Peoples Day by a vote of 14 to 1. This doesn’t mean that there weren’t plenty of people trying to fight the change, mostly from the Italian-American community, for whom Columbus Day had become a day to celebrate Italian-American culture.

President of Federated Italo-Americans of Southern California, Ann Potenza, spoke to a room of Native activists, saying, “On behalf of the Italian community, we want to celebrate with you. We just don’t want it to be at the expense of Columbus Day.” Others Italian-Americans referred to the change as a “slap in the face” to their community, and some trotted out the old “racially divisive” accusation—as if celebrating the accomplishments of a colonizer who helped commit genocide isn’t racially divisive.

Some tried to propose that L.A. celebrate Indigenous Peoples Day on a different day—like August 9th, for example, which is when the United Nations celebrates International Day of the World’s Indigenous Peoples. However, Native activists saw this as the “slap in the face,” with Chrissie Castro, vice chairwoman of the Los Angeles City-County Native American Indian Commission, saying that L.A. needed to “dismantle a state-sponsored celebration of genocide of indigenous peoples. To make us celebrate on any other day would be a further injustice.”

I completely understand the desire to celebrate one’s culture (and stuff like this makes me LOL at white supremacists who are about “white pride” and “white culture,” when…a singular, “white culture” doesn’t actually exist. “White” is a hodge-podge of cultures that, at any one time or other in history, hated each other. But I digress.). What I don’t understand is why Italian-Americans would choose Columbus as the person to celebrate.

First, while he was Italian, he was doing the exploring for Spain, so his “achievements” weren’t even for Italy. He was just the guy Spain hired. Second, even if you wanted to celebrate an Italian’s individual achievements … he wasn’t even a very good explorer. Native Americans are called “Indians” because he made a mistake after having set course for the East Indies, ending up in the Americas, and never admitting it. He was an incompetent and tyrannical governor when put in charge of Hispanola, was responsible for countless atrocities, spearheaded what became the transatlantic slave trade, and ended up being arrested by Spain.

This is the dude you want to hold up as an example of Italian-American achievement? There are a bunch of awesome Italians and Italian-Americans worth celebrating who, you know, weren’t involved in genocide, colonialism, and the oppression of a group of people. Maybe pick one of those and make an Italian-American pride holiday on their birthday or something?

This is not a move against Italians. It’s a move toward a long-overdue reconciliation and atonement with the Native community in this country. one that is not even slightly over yet.