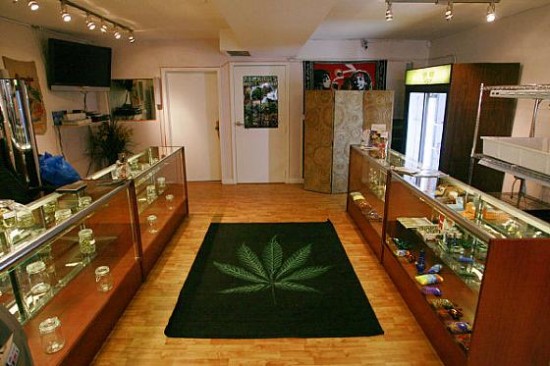 Yesterday, the Los Angeles City Council voted unanimously to enact a citywide ban on medical cannabis dispensaries. The council’s vote was tallied 14 – 0 in favor of the ban. In roughly 30 days, Los Angeles’ 762 legally registered dispensaries will receive an order to shut their doors to patients. The fact of the matter is, the L.A. City Council is making a divisive call that could affect thousands of citizens legitimately suffering from debilitating ailments.

Since California Senate Bill 420 was signed into law in 2003, the state has been home to thousands of cannabis dispensaries and care facilities. These facilities must adhere to strict guidelines in order to stay open. Patients must be evaluated by a certified physician in order to determine if marijuana is the best treatment option. Cannabis is recognized by such organizations as the American Nurses Association, the AIDS Action Council (now AIDS United), and the British Medical Association for its medicinal properties, such as nausea relief, appetite stimulation, pain relief, and neuropathic treatment. Millions of patients across the world have found relief through medical cannabis.

On Tuesday, the City Council of Los Angeles met to vote on a ban of medical marijuana clinics operating inside the city. This ban was proposed after a number of futile efforts to control the rising number of dispensaries operating without a license or disobeying state laws. It was also a response to complaints by residents that the dispensaries have become a nuisance. Yesterday’s ban, however, targets not only the lawbreaking dispensaries but also those following the rules.

The Los Angeles City Council overlooked, unintentionally or otherwise, a number of important issues when they voted on the proposition. The ban does allow for legal patients and caregivers to cultivate marijuana within the confines of their homes and share their cannabis with up to three other patients or caregivers. What the council failed to recognize is that many patients lack the money and expertise to grow their own medicine. The limit on the number of people who can share cannabis also prevents those who can actually afford it from providing medicine to all but a few.

The council members also voted on an ordinance allowing a limited number of dispensaries to remain open under close supervision. While this seems like an appropriate middle ground, it prevents patients from accessing the individualized care they have become accustomed to receiving. The patients who worked with the same caregiver for years, developing a treatment strategy through trial and error, will be unable to continue consulting with that caregiver. These patients will be effectively forced to start over, as the facilities unaffected by the bans may not distribute the best type of marijuana for treating that individual. The 180 some-odd remaining dispensaries will also be put under a great deal of pressure as they will suddenly be treating as much as seven times the number of patients that were anticipated, thus making cannabis less accessible to those who need it the most.

A citywide ban shouldn’t be considered the only solution. Director of the Union of Medical Marijuana Patients, James Shaw pointed out in January, when the ban was being considered, that law enforcement agencies should take better steps to enforce the state laws concerning the dispensaries. This would easily quell the complaints of said dispensaries being a “nuisance” to residents near the facilities, as the problems of patients driving after smoking and using marijuana directly outside the dispensary would be under control.

The medical marijuana system is far from perfect. There are plenty of healthy people obtaining their cannabis from dispensaries for recreational use and there are even dealers who purchase their supply from dispensaries. The answer to these problems, however, is not to deny honest patients access to the medicine they need by shutting down every dispensary in Los Angeles. The Los Angeles City Council has made a grievous error in supporting this ban and will hopefully reevaluate this decision soon.