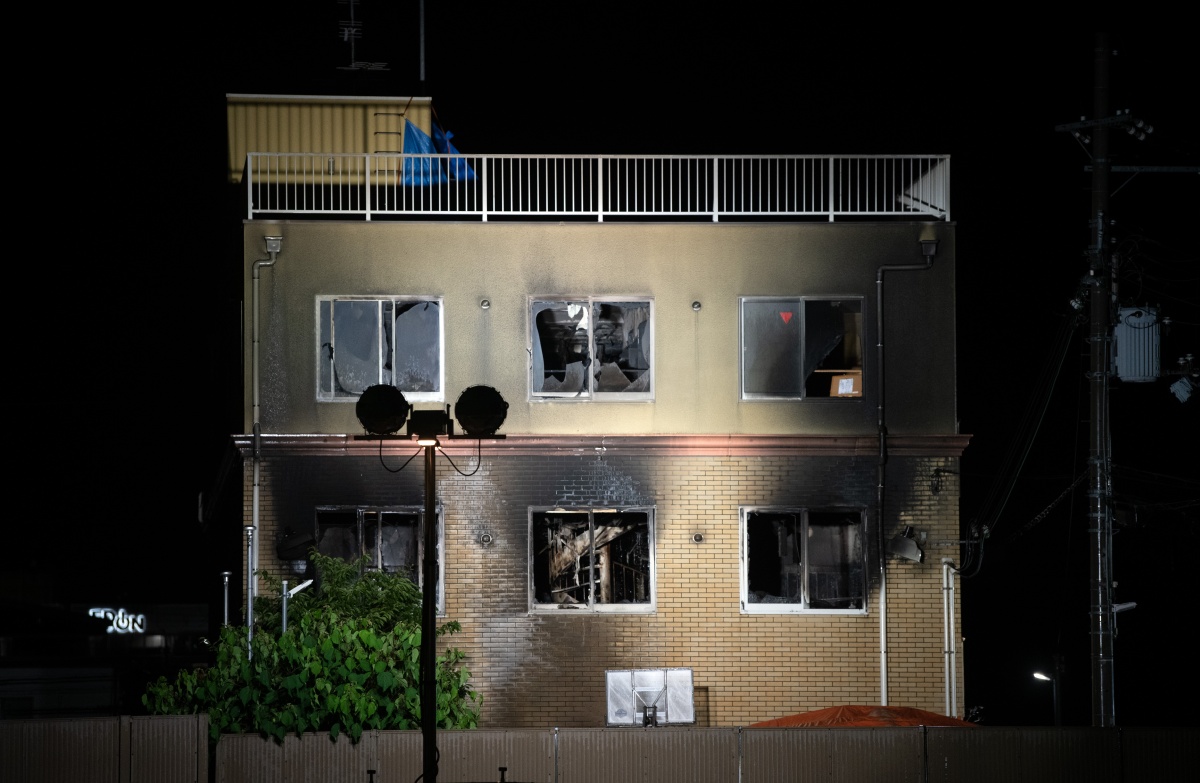 In heartbreaking and appalling news, an arson attack on Kyoto Animation in Japan took place this Thursday morning and led to at least 33 fatalities and left many more injured, according to CBS News.

What has been reported so far is that, around 10AM a 41-year-old man walked into the company’s 1st Studio Building in Fujimi Ward, Kyoto City and poured what police suspect to be gasoline around the building before lighting it ablaze. He is reported by CBS News and The Hollywood Reporter to have said something along the lines of “die” or “you die!” Right now, there is no known motive or connection between the suspect and the studio, but his actions have left 33 people dead and 36 more were injured, 10 of them critically.

Kyoto Animation Company ( KyoAni) was founded in 1981 and has been responsible for many beloved works, one of their most recent being the movie A Silent Voice, based on the manga by the same name from Yoshitoki Ōima.

Japanese Prime Minister Shinzo Abe gave a statement in a tweet, giving his condolences to the victims of the blaze and calling it an “arson murder spree.”

“I’m speechless,” Abe said. “I pray for the souls of those who have passed away. I would like to express my condolences to all of the injured and wish them a speedy recovery.”

Witnesses on the street paint a horrific image of ” the terrified screams and pleas for help, assisted in the rescue of victims, many of whom emerged singed, shoe-less and bleeding — some leaving bloody footprints on the sidewalk.” There were around thirty fire trucks and ambulances that attended the scene bringing the casualties to multiple hospitals in Kyoto.

Violent crime is so rare in Japan that this attack is the worst mass murder in Japan’s postwar history. The suspect has been apprehended; he was burned on his feet, hands, and chest and fell to the ground while attempting to flee, according to officials. While he was treated for the injuries, police said he confessed, and multiple knives were also discovered at the scene.

Anime fans, and human beings in general, from across the world are unified in mourning this horrible attack.

#PrayForKyoani This was the last journal updated on Kyoani’s website before the incident. Dude was writing about how he’s looking forward to harvest the tomatoes they planted on the balcony and preparing for the next anime. Now it’s all gone. I’m literally shedding tears😢 pic.twitter.com/nDru5hpwoD

Stories that will forever be in my heart #PrayForKyoani 😢😔 pic.twitter.com/C2FfgeeEhJ

To the ones who passed, the survivors, their family and friends, and the people who loved their work#PrayForKyoani pic.twitter.com/7sIOaBKeLy

As an anime fan, I’ve watched many of the works put out by this studio, and it is devastating to see so much potential and life cut short for no reason. Regardless of whatever motive the suspect claims, this was a senseless crime.