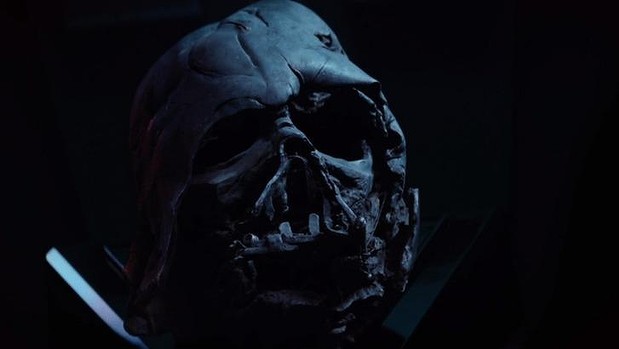 Looks like Darth Vader’s helmet was probably made out of fiberglass, so when the prop got burned up, it looked like this: 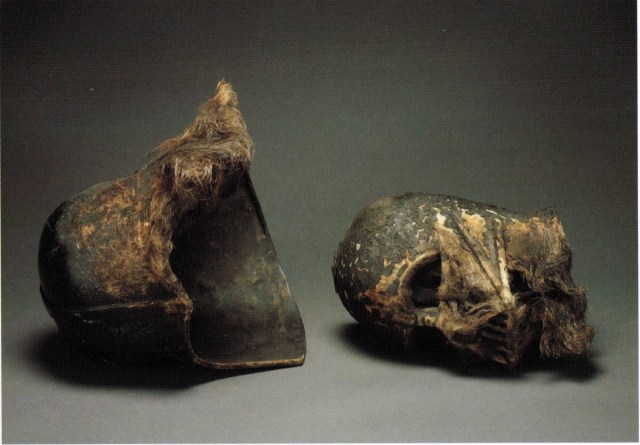 Fiberglass is made out of, well, fibers, although it doesn’t look fibrous until it’s burned. Other pictures of burned fiberglass will reveal that, rather than melting, it splits off into singed hairs that look a little like Wookiee fur. The helmet that Kylo Ren has in The Force Awakens looks more like plastic, or blown glass — not fiberglass.

Then again, we don’t know what substance formed Darth Vader’s helmet within the fictional world of Star Wars. I mean, we do know that the prop was most likely made out of fiberglass. And we also know that burned fiberglass doesn’t look the way people think it “should” look. I think most people expected Darth Vader’s burned helmet to look melted and singed, as it did in The Force Awakens, as opposed to a brown, fuzzy mass of fibers. This is a great example of movie magic allowing a prop to look the way it “should” look as opposed to how it looks in reality.

Or maybe it’s evidence that Kylo Ren totally bought a fake Darth Vader helmet on the internet, and he got ripped off, and he has no idea. That works too.

(via io9, images via WA Today and Imgur)