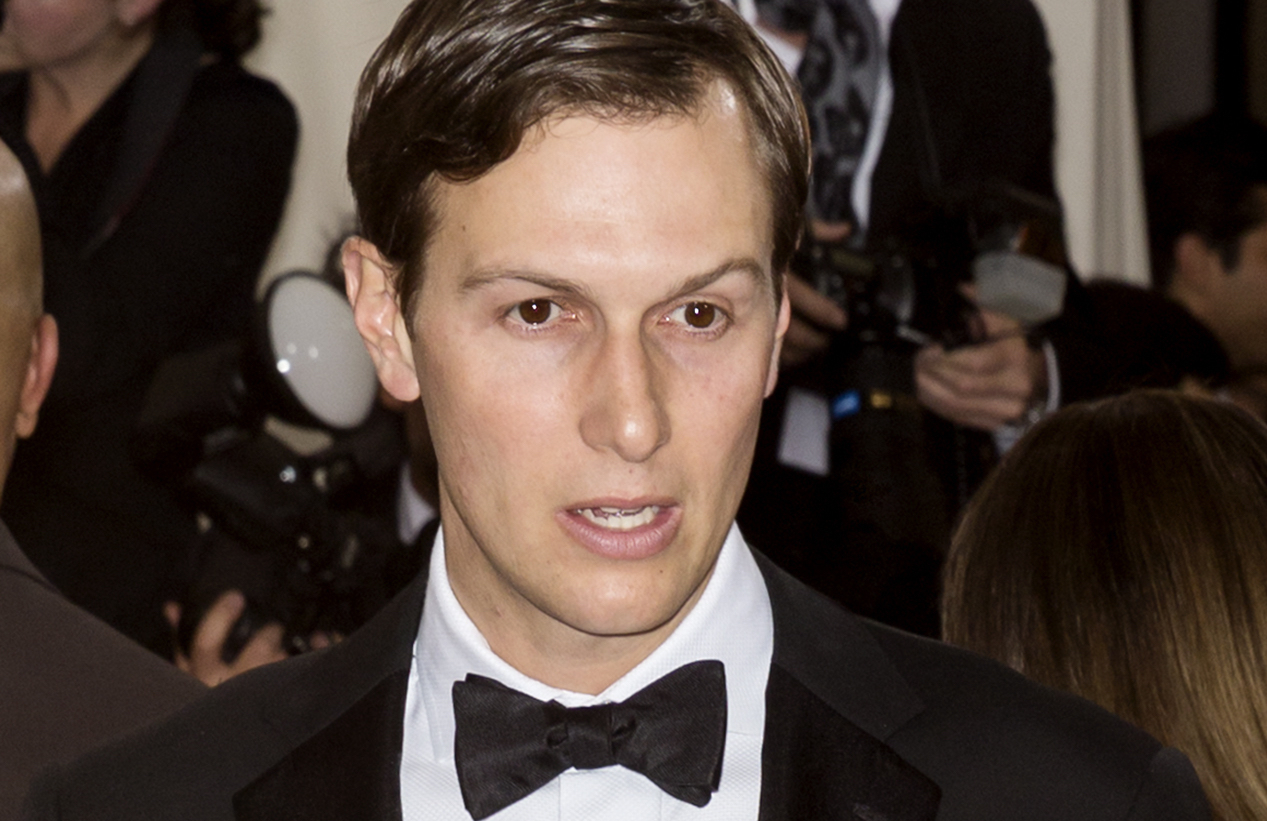 You may have heard that Donald Trump’s son-in-law, Jared Kushner, who is also a White House senior adviser because this administration is run like the mafia, is under some scrutiny due to his failure to disclose meetings with Russian officials—including the one he attended with Donald Trump Jr. and then-Trump Campaign Manager Paul Manafort. He testified to the Senate behind closed doors today and then held a press conference in which he proclaimed his innocence, because why wouldn’t we take him at his word?

I mean, it’s not like the story around what happened between the Trump campaign and Russian officials has rapidly morphed from “there’s nothing there” to “alright, there’s stuff there that we were trying to keep secret, but it’s all OK and above board, we promise.” It’s not like people deeply tied to the financial and real estate industries have ever done anything to hide any shady financial dealings. It’s not like Kushner’s father-in-law, who employs him in the White House, is a well-known huckster who slaps his recognizable name on cheap products to make a buck, had an outright fraudulent “university,” lies way more than any politician, or is only distinguished from your average con man by being born rich enough to convince people he’s actually a successful business man.

It’s nothing like that, so we should just go ahead and believe him, I guess. I mean, he literally said at his press conference, “I did not collude with Russia, nor do I know of anyone else in the campaign who did so,” because of course he did. He wasn’t exactly going to come out and confess, so it’s pretty difficult to take him at his word, making the whole exercise effectively useless—except for in providing some excellent meme material. Even if he really did mean what he was saying—and maybe especially—he looked positively furious at his own innocence:

these pictures make it look like kushner was just emitting a high-pitched screech for like ten minutes straight pic.twitter.com/O0GpftEhEC

How have I not seen this before? pic.twitter.com/XqDglTOU0p

“let me be very clear: yogurt. is. too. spicy.” pic.twitter.com/RqNUztcdsX

Sincerely, it looks like he spent his ’80s childhood watching all the same movies we did, but he identified with the wrong side every time, and it’s coming back to bite us all:

“You and your little friends will NEVER save the youth center” pic.twitter.com/IvYsDe7BhT

He also claimed that he took the meeting with Trump Jr., that emails indicated was “part of Russia and its government’s support for Mr. Trump,” without reading far enough back in that email chain to know that’s what the meeting was about.

Best comment on Jared Kushner, via the NYT pic.twitter.com/DLyDNnyQQ6

Hey, at least his short attention span for reading campaign-related emails could help explain why he’s not aware of anyone who colluded with Russia.

He also mentioned that he’s been completely transparent, and that one we can kind of get behind:

But this defense? Save it. Don Jr.’s a “good buy,” according to Trump, and now this about Kushner. How. Many. Times.

He’s 36. He was doing multi-billion dollar real estate deals a decade ago. We’re really down to the “look at this face” defense? https://t.co/GoSVZaENdH