What Does Kurt Russell Think Court Jesters Actually Did? 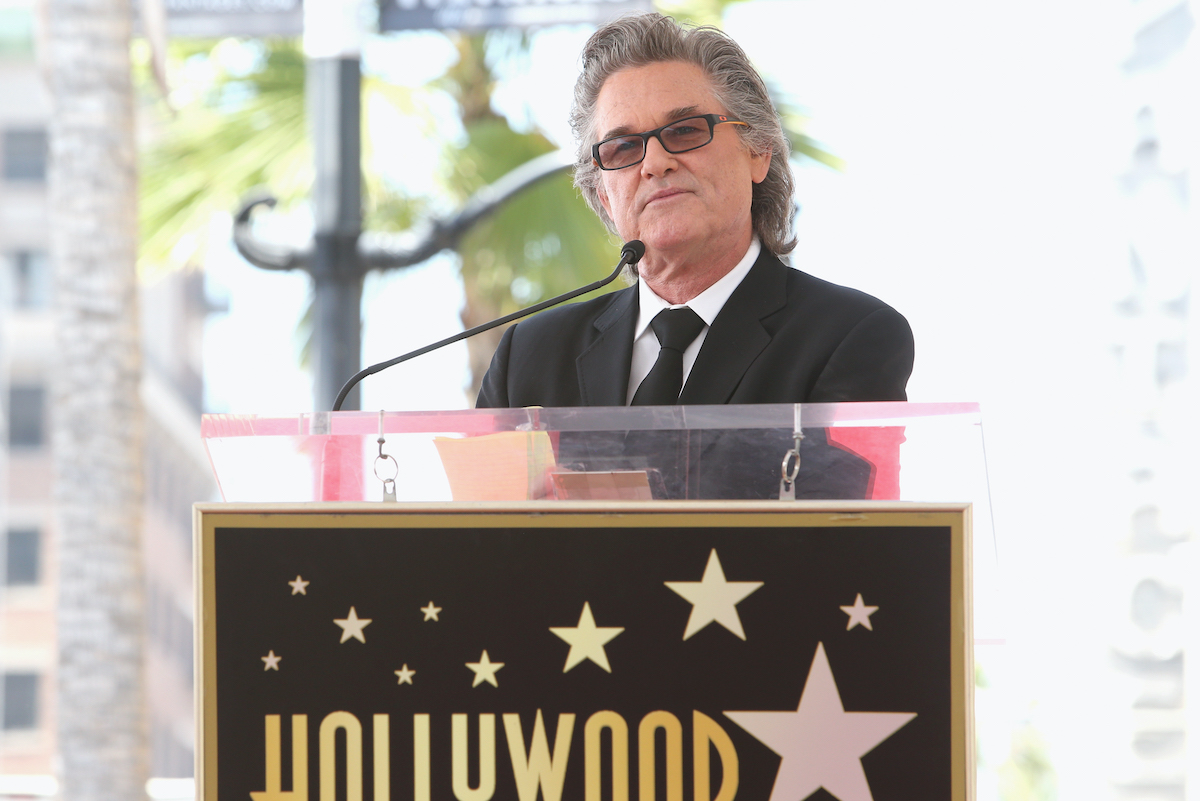 Kurt Russell is doubling down on his long-held belief that actors shouldn’t talk publicly about politics. In a new interview with both him and Goldie Hawn, Russell said he “totally” still believes that.

“I’ve always been someone who felt we are court jesters,” he told the New York Times. “That’s what we do. As far as I’m concerned, you should step away from saying anything so that you can still be seen by the audience in any character. There’s no reason entertainers can’t learn just as much as anybody else about a subject, whatever it is. But I think that what’s sad about it is that they lose their status as a court jester. And I’m a court jester. That’s what I was born to do.”

It’s true that Russell hasn’t talked much about politics over his multi-decade career. He’s been the subject of a lot of conservative and pro-Trump memes but those have been based on photoshopped images. In reality, Russell isn’t a Republican but has described himself as a “hardcore Libertarian.”

He told the Daily Beast years ago that he sees a lot of “faux-liberals” and “faux-conservatives” in Hollywood and that it put him off of both groups. I would guess that the people Russell has surrounded himself within the movie industry are driven more by money than actual policies but I get how that sort of bubble can make it look like politics doesn’t actually matter.

So I’m sure Kurt Russell, as knowledgeable and eager to learn as he is, would love to know that his invocation of court jesters actually proves the opposite point than he was trying to make!

In discussing his point with Hawn, Russell tells her that “a court jester isn’t always funny.” As he explains it, “A court jester is the only one who can walk into the castle and put the king down as long as he doesn’t hit too close to home. I think that’s been a big, important part of all cultures throughout history, and I’d like to see it stay in ours.”

Our image of court jesters, or “fools”—especially in the English and European courts, as depicted time and again by Shakespeare and other playwrights—is of one who is able to speak truth to power. Now, there are some who argue that the idea of the court jester as a heavily influential political figure has been mythologized to an outsized degree. But even if that’s true, its historical roots are very real and I’m not sure why Russell thinks a jester’s privilege was limited to hurling insults at the monarchy.

“What profession is historically famous for NEVER tweaking or satirizing those in power? Think, Kurt, think! Aha… court jesters.” https://t.co/DW93C2JcJa

Both Henry VIII and Charles I had famously influential jesters—Will Sommers and Archibald “Archy” Armstrong, respectively. Sommers was said to have used humor to draw attention to waste and extravagance inside the court. As for Archy, a 1740 book called The Ass Race describes his relationship with King Charles I:

In short, the King liked him so well, that he did few Things without Archy’s Advice, in so much, that he could have scarce had greater Power had he been made Regent of the Kingdom.

And this isn’t just limited to the English or western courts. Historian Beatrice K. Otto explored the history of jesters from around the world in her 2001 book Fools Are Everywhere. For starters, Otto argues against the idea that the court jester’s power of speech is apocryphal:

Even if the jester’s famous veracity were only a myth, it would have been established long before Erasmus. And we have seen the impressive extent to which jesters everywhere were allowed and encouraged to offer counsel and to influence the whims and policies of kings, by no means being limited to “small historical windows of possibility.” We have seen numerous examples of a jester advising or correcting his monarch and the recorded instances are particularly abundant in China. The Chinese records give us an idea of just how effective a jester could be in tempering the ruler’s excesses, for the occasions when his words of warning were either ignored or punished are heavily outnumbered by those when he was heeded and even rewarded.

Otto explains how the jester is able to walk a unique line to play all sides of a situation. They are seen as being on the side of the common people, but their relationship with the monarch was often very close, so the jester is also felt to be on the king’s side, offering advice not just to protect the people but also the king.

“If they talk the king out of slicing up some innocent, it is not only to save him from the king’s wrath but also to save the king from himself,” writes Otto.

The jester is also able to offer advice without seeming condescending. “The foolishness of the jester, whether in his odd appearance or his levity, implies that he is not passing judgment from on high, and this may be less galling than the ‘holier than thou’ corrective of an earnest adviser.”

It seems like a modern movie star is also in a position to navigate a lot of these contradictions. Their public platform gives them an undeniable power but through playing characters, they’re often able to tap into that “man of the people” image. As storytellers, they have a clear way to plant the seeds of ideas without coming off as preachy. Yup, I definitely agree with Kurt Russell that modern actors bear a lot of similarities with court jesters of old! I just don’t agree with where he took that analogy.

Either way, if Russell doesn’t want to talk politics that’s fine! In this profile, Hawn says that she doesn’t think celebrities should have to use their platforms if they don’t want to. I disagree but that’s also fine!

What’s really ridiculous, though, is the idea that celebrities should definitively not use those platforms because it gets in the way of the audience seeing the character. Sure, it’s not uncommon for audiences to take issue with something an actor says (and that definitely goes both ways) but it’s not an issue of not being able to forget that we’re watching a big movie star on a screen.

Honestly the most absurd part of this take is not the recommended silencing of one’s own personal morality but that anyone would forget they are watching a famous movie star in a movie https://t.co/CsRbA8x2h8

Politics might not be important to Kurt Russell, but it’s silly to say that someone like Jane Fonda or Chris Evans isn’t as convincing as an actor just because they make their politics known. Those kinds of actors are just using their influential platform to speak truth to power and help produce an informed citizenry—much like a classic court jester would have.

As Russell said, “I think that’s been a big, important part of all cultures throughout history, and I’d like to see it stay in ours.”