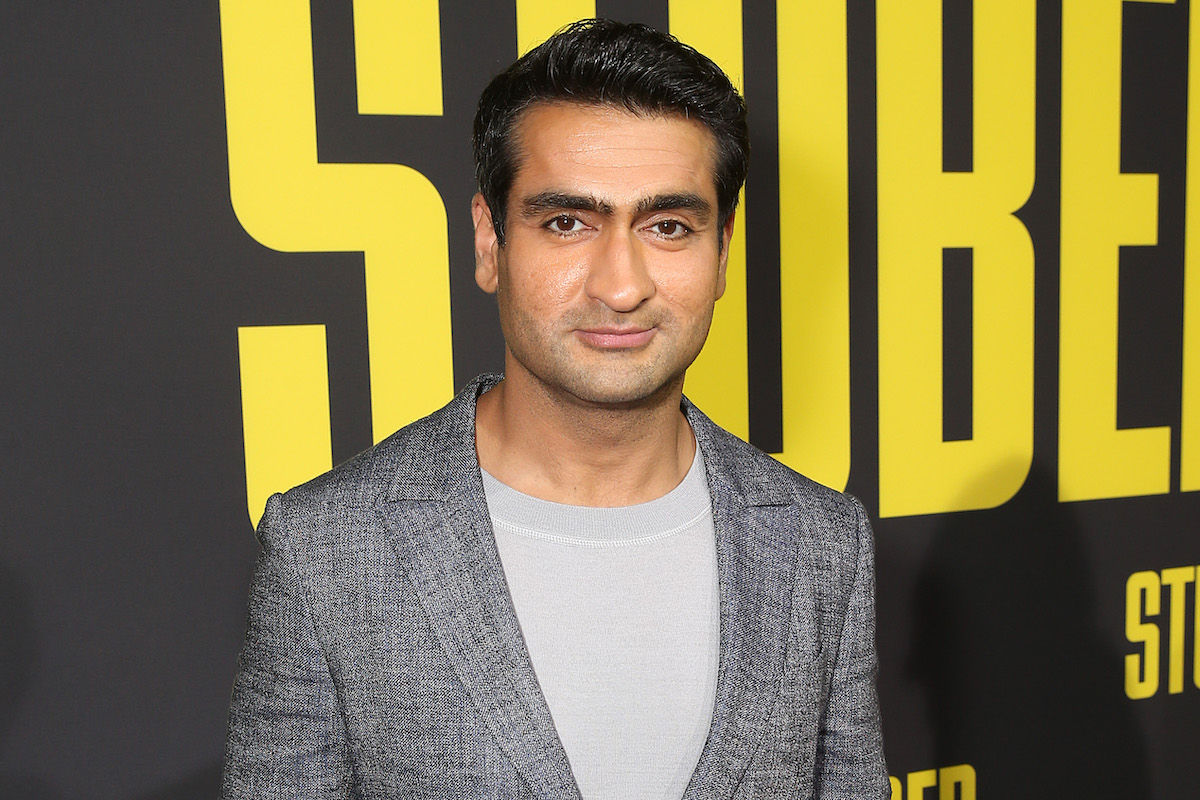 Kumail Nanjiani has had a banner couple of years, between shooting into the national superstardom spotlight with Silicon Valley, getting an Oscar nomination for The Big Sick (along with his co-writer/producer and wife Emily Gordon), and joining the Marvel Cinematic Universe with the upcoming The Eternals, just to name a few of his recent projects.

He also, it turns out, has gotten incredibly ripped.

I never thought I’d be one of those people who would post a thirsty shirtless, but I’ve worked way too hard for way too long so here we are. You either die a hero, or you live long enough to see yourself become the villain. I found out a year ago I was going to be in Marvel’s Eternals and decided I wanted to transform how I looked. I would not have been able to do this if I didn’t have a full year with the best trainers and nutritionists paid for by the biggest studio in the world. I’m glad I look like this, but I also understand why I never did before. It would have been impossible without these resources and time. So big thanks to @grantrobertsfit who started working with me at the beginning of the year and made me understand true physical pain for months and months. Then, once we started shooting, a massive thanks to @davidhigginslondon and his team (@ellispartridge, @thebeardypt, @tomcheesemanfitness) for training me almost every day and making me strong, limber and injury free. I can almost touch my toes now. (And thank you for forcing me to do cheat meals David.) Matthews Street Catering for their delicious and healthy meals. And finally, the biggest thanks goes to @emilyvgordon for putting up with me complaining and talking about only working out and dieting for the last year. I promise I’ll be interesting again some day. #thirstyshirtless (Photo by @markupson.)

I WAS NOT PREPARED pic.twitter.com/koTNWuS6g0

MCU fans: Where are we to acquire thirst memes now that Chris Evans and RDJ are leaving
Kumail: Hold my 8-pack

This is an assault from Kumail to me, personally, and it is fucking gaslighting that you’re all pretending otherwise.

*throws THE BIG SICK screener across the office*

Meanwhile, Los Angeles comedy fans are all yelling in unison:

Kumail could always get it just FYI for all you newcomers!!!

While we all appreciate Nanjiani being so generous with these thirst shots, we’re even more grateful for the message in his caption. We’ve seen a lot of stars go through this sort of blockbuster body transformation, especially for Marvel movies. But it’s rare that an actor publicly acknowledges just how unrealistic these kinds of results are if you don’t have access to the same resources.

“I would not have been able to do this if I didn’t have a full year with the best trainers and nutritionists paid for by the biggest studio in the world,” he wrote. “I’m glad I look like this, but I also understand why I never did before. It would have been impossible without these resources and time.”

These sorts of circumstances don’t make this kind of intense regimen easy, but they do make it possible. Getting this ripped was basically his (I’m guessing extremely well-paying) job for the better part of a year—and not just that, but it was other people’s job as well. He thanked five different personal trainers in that caption! That’s an incredibly important element of the celebrity fitness fantasy that often gets left out of the story or at least heavily minimized.

ok so yes kumail is absolutely ripped but also his insta caption about just how unrealistic this is for most men is EXTREMELY refreshing pic.twitter.com/Pa0NEFghGf

not only is kumail RIPPED (captain america needed a superserum, kumail did not) but he also added that people should keep in mind that he had trainers and nutritionists to help him, which many people can’t easily get so they shouldn’t feel bad about themselves pic.twitter.com/JmClnmsljP

So thank you to Kumail for making our day with these pictures and also being totally realistic about how they came to be.

(image: Jesse Grant/Getty Images)
Want more stories like this? Become a subscriber and support the site!