Yet Another Media Outlet Is Shocked—SHOCKED—to Learn Bisexuality Exists 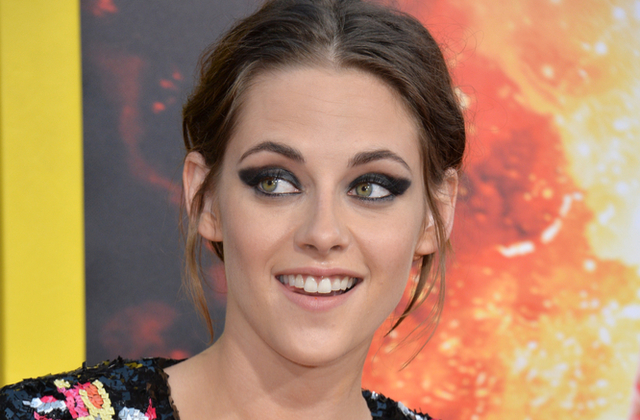 Back when Kristen Stewart started publicly dating Alicia Cargile, the gossip and tabloid media had a hard time knowing exactly how to report on the news. Either out of respect for the fact that Stewart herself hadn’t commented on the relationship (lol no, tabloids don’t do that), or because they were VERY CONFUSED AND FRIGHTENED, most consistently referred to the two with the oddest of euphemisms: “gal pals.” As Stewart began dating other women, these outlets finally started to come out of their heteronormative shells and realize those gals were more than pals.

Only now, Stewart has said in an interview with Harper’s Bazaar that she’s not opposed to dating men. Which is apparently both confusing and scandalous. At least, it is if you don’t understand that bisexuality is a thing.

Sigh. Do we really have to have this conversation? Again?

wow, if only there was a sexuality that could perfectly describe those who like both genders that news media could use

Do you know what bisexual means?

People can be bisexual karen

Do y'all think she switches modes it something? Like she flips a switch and suddenly will date men again??

A lot of people apparently do think that. In the interview itself, she seems incredulous that this would be asked. The question itself is cut out of the online excerpts, but it sounds like she was probably asked what her sexual preference “really” is or some such nonsense.

“I’ve been deeply in love with everyone I’ve dated. Did you think I was faking it? I’ve always really embraced a duality. And really, truly, believed in it and never felt confused or struggling. I just didn’t like getting made fun of.”

Interviewer, presumably: “I still don’t get it. Explain sexuality to me as if I’m a child. You like boys … and girls?”

KStew: “Yeah, totally. Definitely… Some people aren’t like that. Some people know that they like grilled cheese and they’ll eat it every day for the rest of their lives. I want to try everything. If I have grilled cheese once I’m like, ‘That was cool, what’s next?'”

Yup, breaking news: bisexuality exists, and it’s not the same as flipping your gay/straight switch back and forth. It has nothing to do with hypersexuality, or confusion, or “wanting attention.” These ideas are all garbage, as is the “newsworthy” declaration that a bisexual person is “open to dating men again,” and are all based a fundamental lack of understanding of a very simple concept.