The red donut will be available at select stores on February 18th. 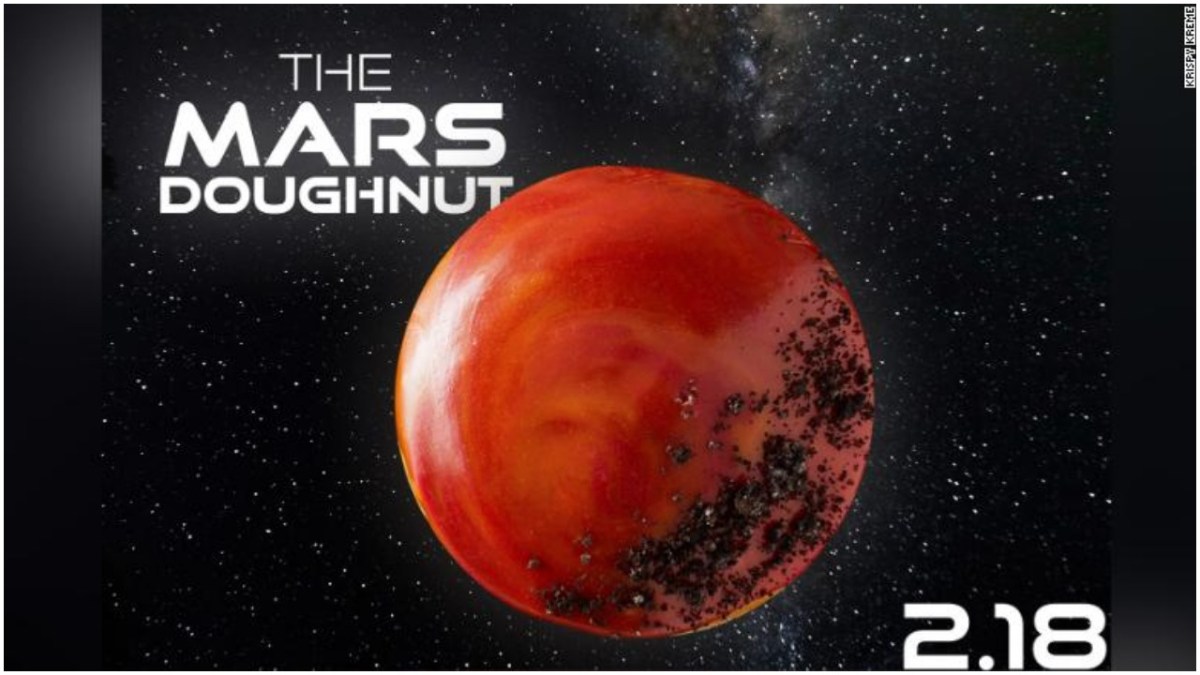 The final frontier gets a little bit sweeter this week, thanks to a promotional tie-in between NASA and Krispy Kreme. This Thursday, February 18, will see NASA’s latest Mars rover, Perseverance, land on the red planet. The rover, which was launched from Cape Canaveral, Florida at the end of July 2020, will complete its 292.5 million mile journey to begin its search for ancient life on Mars. To mark the occasion, Krispy Kreme is releasing a special Mars-themed donut for one day only:

ONE DAY ONLY, 2/18, grab your own piece of the Red Planet to celebrate @NASAJPL Perseverance Rover touching down on Mars!🍩🚀 This treat will be out of this world! #CountdownToMars #krispykreme

Available 2/18 only. Participating US & CAN shops. All info- https://t.co/X6CmmGTJgx pic.twitter.com/z0XZSLwRaB

In a press release, the iconic doughnut company wrote, “NASA’s Perseverance Rover makes its epic landing on Mars Thursday, February 18th. For Krispy Kreme fans, that won’t be the only monumental landing of the day! In celebration of this out-of-this-world occasion, a delicious Mars doughnut will land in Krispy Kreme shops on 2/18, for one day only! While Supplies Last.”

The doughnut is chocolate cream-filled and dipped in swirly caramel icing, with a sprinkling of chocolate cookie crumbs to resemble Mars itself. And if you submitted your name during NASA’s “Send Your Name to Mars” campaign, you can bring your “boarding pass” to Krispy Kreme and get a free Mars doughnut.

Dave Skena, Krispy Kreme chief marketing officer, said “The landing of Perseverance on Mars will be an epic and important achievement, … So, we’re celebrating the best way we know how: with an amazing new doughnut discovery right here on earth.”

Perseverance is expected to touch down on the surface of Mars around 3:55 p.m. ET on Thursday. The rover will explore the Jezero Crater, the site of an ancient lake that existed 3.9 billion years ago. Perseverance will search for microfossils in the rocks and soil there to look for any signs of ancient life on the red planet. The rover, which is roughly the size of an SUV, will be joined by Ingenuity, a helicopter that NASA is hoping will be the first helicopter to fly on another planet.

Ingenuity weighs in at only 4 pounds, and features a lightweight design comprised of 4 carbon-fiber blades, solar cells and batteries. Håvard Grip, Ingenuity’s chief pilot at JPL, said in a statement, “The Wright Brothers showed that powered flight in Earth’s atmosphere was possible, using an experimental aircraft, … With Ingenuity, we’re trying to do the same for Mars.”

NASA will be airing their live countdown and landing commentary, which will stream starting on Thursday at 2:15 p.m. ET. You can watch the landing on NASA’s website or various social media accounts. NASA will also be airing Spanish language coverage of the landing as well.

And what better way to watch the rover landing than with a box of Mars doughnuts from Krispy Kreme? Enjoy a delicious sugar high and subsequent crash (landing) from the safety of your own couch. NASA approves.