Kreayshawn Platformer Will Have You Swaggin' 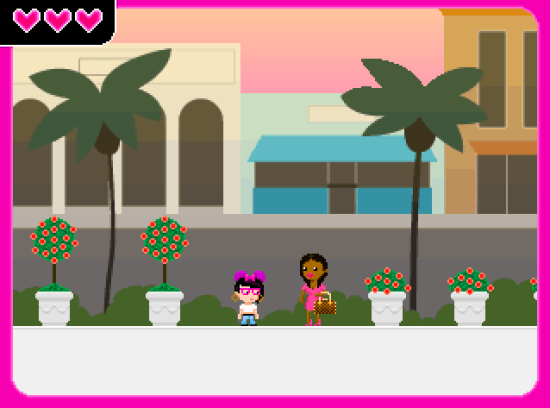 For better or worse, anything can get a Flash-based platforming game. For better? The Great Gatsby. For betterer? Kreayshawn. If you aren’t familiar, somehow, Kreayshawn is a white, female rapper who has taken the YouTubes by storm with her song “Gucci, Gucci,” a tune that has no right being as catchy as it is. Basically, it’s all about swagger and being better than, well, you should probably just listen to it yourself.

The game by Beth Maher features some basic platforming, projectile attacks, purses that seem to be impossible to pick up, and some jumping that feels inspired by Super Meat Boy. Enemies get harder to “swagger” as you advance in the levels and traverse the beach, the mall, the pier, and the club. Granted, it’s not going to be the most amazing game you’ve ever played, but its real strength is in existing. Also, when you die, you turn into a cat. What more could you ask for? Keep on swaggin’, meow.