It's a real legend, all right. 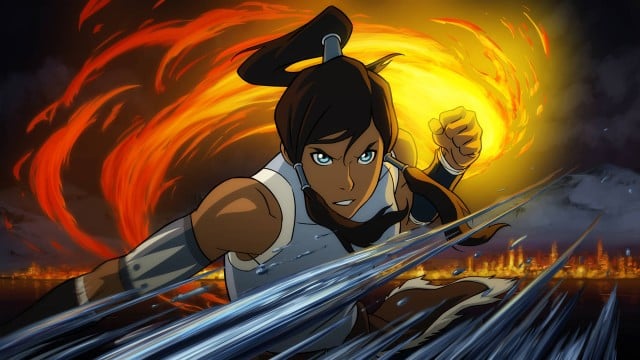 The Comic-Con panel for The Legend of Korra wrapped just a few hours ago, so now we know more about the impending switch to digital. Don’t worry, this actually might be a good thing for the show, series creator Bryan Konietzko told a packed Ballroom earlier—but regardless, this might be the last big Korra-themed panel at Comic-Con.

First, let’s all take some deep breaths. This has been a stressful few days for LoK fans. Here, have a relaxing, rousing rendition of ATLA‘s “Secret Tunnel” song to calm your nerves!

Now to the big stuff: as Konietzko mentioned on his Tumblr the other day, Korra has not been cancelled. Instead it’s making the switch to digital-only, where it’s been raking in much better numbers than it had on television anyway. Although Nickelodeon “had kind of a hard time fitting [the show] into their programming” and that “its online numbers were just insane,” the shift still definitely caught everyone involved with the show by surprise. “It wasn’t necessarily done in the smoothest way,” he said.

“It really has no effect on what the show is or what the stories we’re telling [are],” Mike DiMartino added. “Other than it not being on the Nickelodeon main channel, nothing has changed.”

The last TV-only Korra episode will air tonight at 8pm, and the remaining four episodes will roll out once a week from August 1st to the 22nd. Season 4 has also reportedly been confirmed, and is already in production by Studio Mir. It’s unclear why Korra may not come back to San Diego Comic-Con (best case scenario, it’ll be because because the fourth season will be over by then), but rest assured: they will definitely be at New York Comic-Con later this year.