Knives Out Premiered at TIFF, and Chris Evans Played With Puppies—a Perfect Weekend 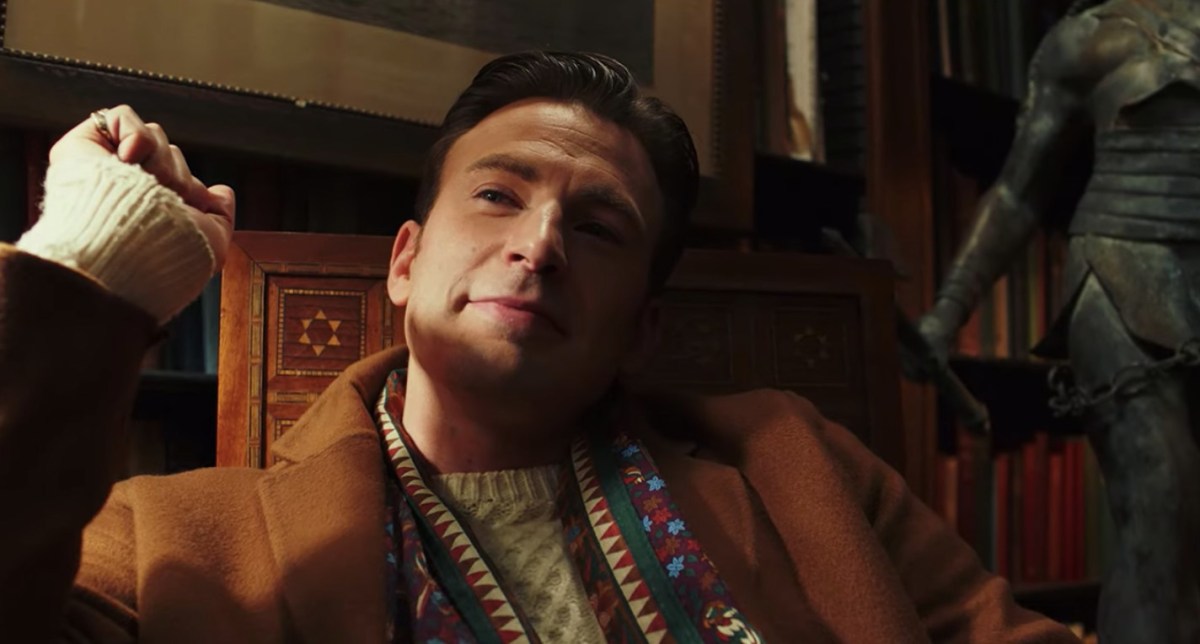 Multiple outfit changes, puppy meetings, and interviews galore! I could be talking about all of the Toronto International Film Festival, but instead, I’m referring to just Chris Evans and his day of press for his upcoming film, Knives Out.

The film, which is director Rian Johnson’s foray into a Clue-esque family comedy, premiered at TIFF to much fanfare and excitement—mainly because the trailer showed Chris Evans telling us to “eat shit” while dogs chased after him. Or, you know, because it’s a film filled with actors we all love and looks amazing. Who can really tell?

So, while I angrily watched the reviews pour in from my couch—wishing that I, too, were at TIFF—I did notice that Evans was on a clothing journey. Throughout the one day of press he did for the movie, Chris Evans had, at minimum, three outfit changes. Why, you ask? No one really knows.

When it comes to TIFF, all the stars come out to support their films and talk to the press, but more importantly, they come for the puppy interviews. In recent years, we’ve seen an uptick in puppy-inspired interviews, and to be quite honest, I’m not complaining.

Honestly, we should just always hand Chris Evans a puppy and then ask him questions. He’d probably tell us his deepest, darkest secrets because he was too distracted by the dog.

the joy on chris evans’s face when he meets this puppy is pure sunshine pic.twitter.com/g5d2FxyuP6

But that’s not all Chris Evans did; he had quite the TIFF journey. He sat on James Bond’s lap and reunited Great Britain and America.

Why yes, I WOULD enjoy a photo of Captain America sitting on James Bond’s lap! pic.twitter.com/QpgaO3PwbU

And he just found Taika Waititi and hugged him.

These are the most DELIGHTFUL photos of Chris Evans and Taika Waititi at TIFF. If you too, are delighted, that’s exactly what compersion feels like. pic.twitter.com/MY2x4AblM5

But the most important thing is that Evans brought multiple looks with him.

I aim to have as many clothing changes in one day as Chris Evans did at TIFF. pic.twitter.com/6Js4cZASx2

While many critics are praising the film, one thing was made abundantly clear: Everyone wants to go see Knives Out again and again. I’m afraid to look at the reviews because it’s one of the movies I’m most excited about this fall. So, instead, I’m going to take this tweet as all I need to know about the movie:

I’d like to watch KNIVES OUT again right now. 🔪🔪🔪 #TIFF

Maybe this movie is going to break me, and maybe it will be my new favorite movie, but I’ll have to wait until I see it to know for sure. In the meantime, I’m going to just watch Chris Evans crying about a puppy holding his hand for the next few weeks.