Oh Look, It’s the Perfect Visual Representation of Men Taking up Too Much Space 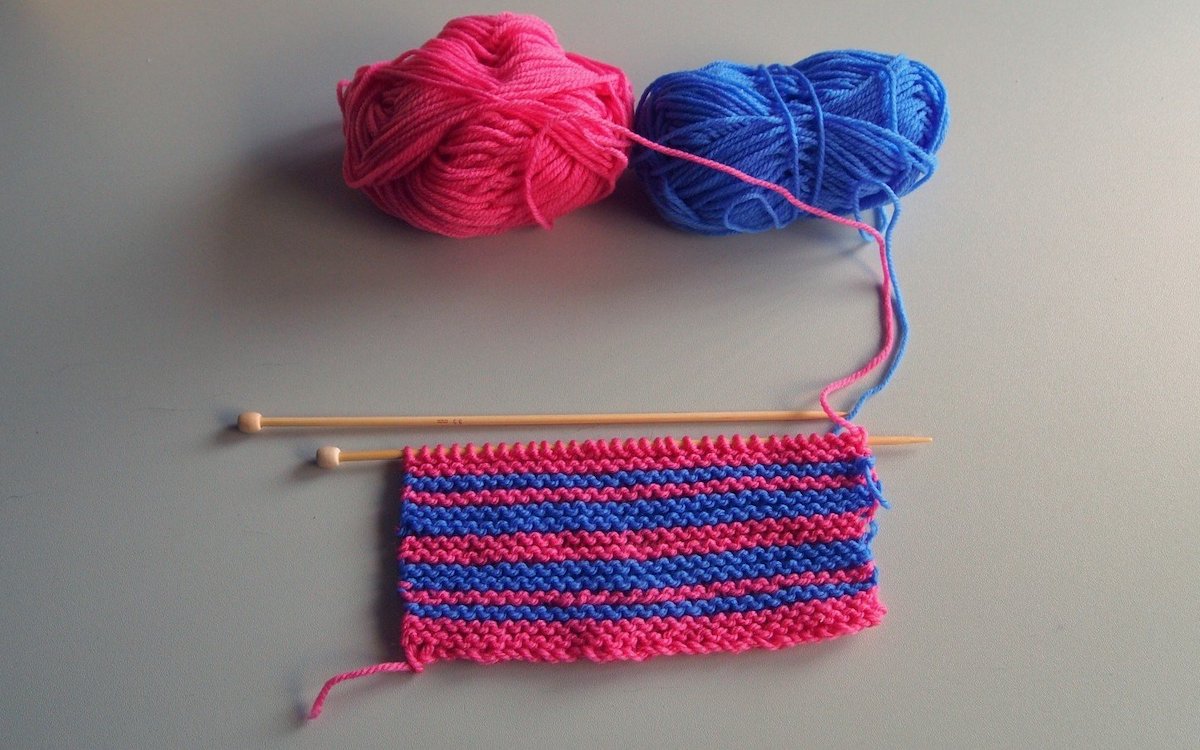 Sue Montgomery, the mayor of a Montreal borough, shared a picture of her current knitting project online. It is (as she admits) not the prettiest piece of knitting, but that’s not the point. The piece was made during a city council meeting where Mayor Montgomery says knitting not only helps her concentrate, but she’s started using the craft to track the amount of time taken up by council members.

During one recent meeting, Montgomery knit in red every time a man was speaking and switched to green every time a woman spoke. The results are clear:

I knit in city council because it helps me concentrate. Tonight I decided to knit in red when men spoke; green for women. Day 1 results. #reclaiminghertime #women power #listen pic.twitter.com/2nc65UB8GZ

The overwhelming domination of red there might immediately make you think that the Côte-des-Neiges—Notre-Dame-de-Grâce city council clearly needs more women. But the council is actually pretty balanced.

“My experience is that men tend to use up all the time allotted to them,” she recently told reporters. “They repeat everything several ways even though they’ve made their point. They like the sound of their own voices. Women tend to stand up, make their point and sit down.”

Not every man there wastes time “pontificating,” and she knows she’s speaking in broad generalizations. But, in general, she says, “There’s a handful of men who take up a lot of space.”

We actually have parity – 31 women, 34 men. We talk but get to the point. Some men love the sound of their own voices

According to the Montreal Gazette, Montgomery did not jump straight to knitting as a means to address the issue. She says she has spoken to her “notorious” colleagues. “I’ve said, ‘Just make your point and sit down.’ And they say, ‘Well, that’s democracy and we have to debate.’ What they don’t understand is that they don’t have to put on a show,” says Montgomery.

Those male councilors don’t seem to have been too interested in reflecting on their behavior, and they’ve taken her words and her demonstration as a personal insult. Some of them mocked her crafting, saying she should spend more time speaking herself than knitting.

Setting aside the belittlement of a traditionally feminine craft and the fact that this sort of physical activity really does help many people focus aurally–by getting so immediately defensive, these men are refusing to look at the overall trend, which is that these 31 men are routinely dominating a conversation. That much is undeniable, given the plain visual representation Montgomery has created.

A number of male councilors told the Gazette that they don’t think they’re the problem, that they don’t abuse their platform or that they’re just really prepared, so of course they’re going to speak. But in their rush to deflect blame, none of them seem willing to acknowledge there is a problem in the first place. Which, obviously, there is.