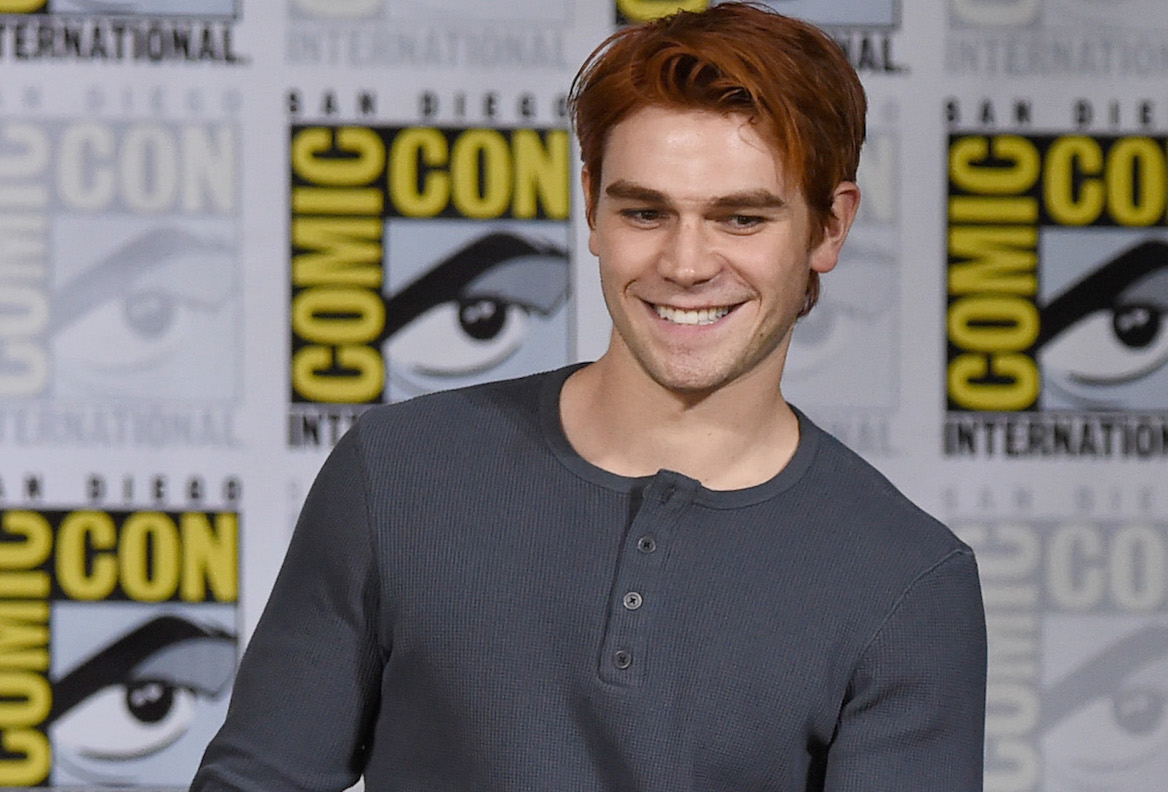 Back in February, YouTube star Kian Lawley was fired from the film adaptation of The Hate U Give after some old videos surfaced in which he made some horribly racist jokes, including repeated use of the N-word. While fans of the book have been anxiously awaiting this movie for what feels like forever, this was one setback that I can’t imagine too many people had any problem with. Good riddance to racist YouTubers.

Now, Lawley’s replacement has been named as Archie himself, Riverdale’s KJ Apa.

Replacing Lawley so late in production has been getting plenty of comparison to the Kevin Spacey/Christopher Plummer swap-out in recent All the Money in the World, and for good reason. The move to replace Spacey set a precedent that abusive (or in Lawley’s case, racist) assholes can be replaced under any circumstances. In Plummer’s case, he came into the role about six weeks before the film’s scheduled release (and reshot the role in just nine days), when production had already fully wrapped. Apa will have a bit more breathing room since The Hate U Give doesn’t even have a release date yet, though it was reportedly nearly done with shooting.

As I’ve written before, while I’d have been happy to see Lawley get axed no matter what (I made the mistake of searching for the videos and they are incredibly not okay), for the role he was playing, his replacement was essential. Starr, the young black teenager at the center of the book, is struggling to reconcile two halves of her life: her family and her roots in a black community, and the privileged, affluent, nearly-all-white private school she attends. Her boyfriend, Chris (now played by Apa) belongs to the latter, and she feels immense guilt for that. Chris doesn’t entirely understand, but he wants to, he strives (and sometimes falters) to be an ally to her, and he’s supportive of her.

That is not a role anyone wants to see played by a man who repeatedly said the N-word on YouTube for laughs. Starr’s decision would seem pretty easy in that case.

What also makes this an interesting choice is that, while Apa does pass for white, he does have mixed ancestry, with his father being half-Samoan. Due to the reshoots and source material, that may not be touched on, but it would be interesting to bring up during the press tour.

I haven’t seen much of Riverdale, but a (now dark-haired) Apa seems like a great fit. What do you all think?

KJ ApaThe Hate U Give