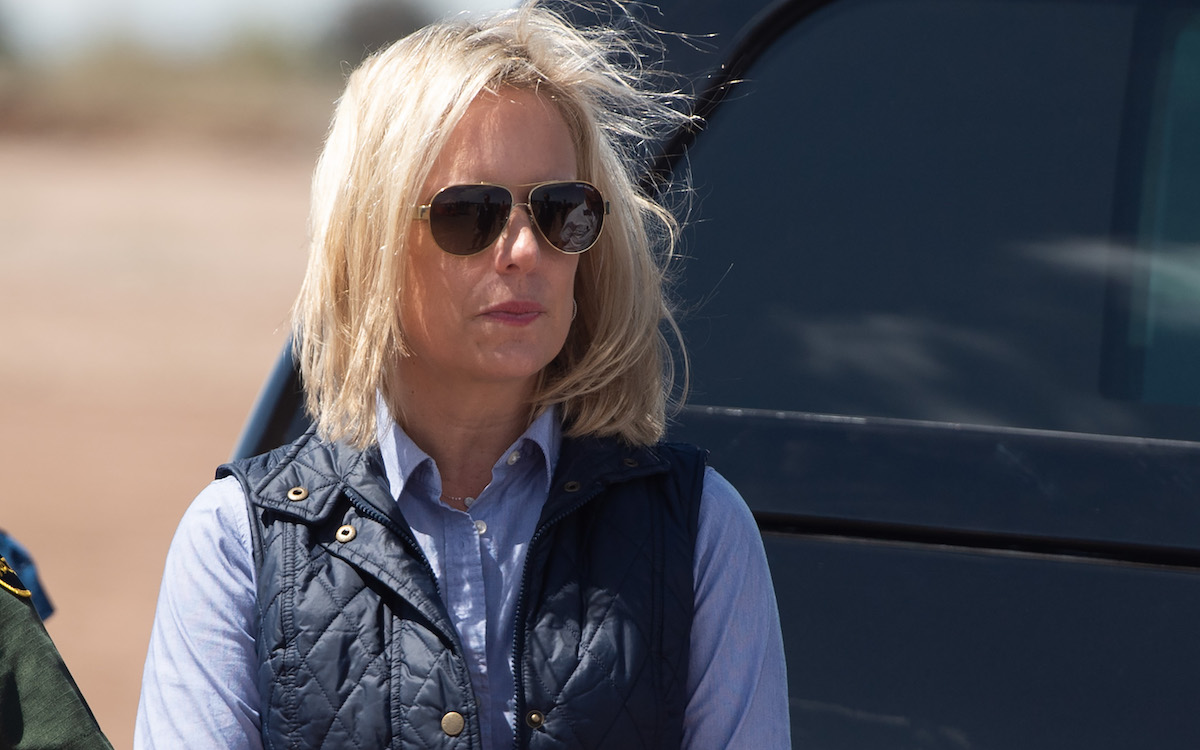 Fortune’s Most Powerful Women’s Summit brings together some of the most powerful and influential women from a range of industries, including business, news, politics, and more. The event, which began today and runs through Wednesday, features conversations with more than 100 women. That list of attendees is shorter than it was a few days ago, though, as some notable women are refusing to attend, thanks to the inclusion of former Secretary of Homeland Security Kirstjen Nielsen.

Last week, hampton, who was an executive producer on the documentary Surviving R. Kelly, released a statement to HuffPost explaining her decision.

“Fortune should not be giving Kirstjen Nielsen a platform to rehabilitate her image,” hampton wrote. “I’ve worked all my life to tell the stories of women, girls and families. Sharing a stage with Nielsen, who separated immigrant families and put babies in cages, would have put a stamp of approval on her immoral and reprehensible actions and help legitimize the terror that Trump is inflicting on immigrants and communities of color. So I’m cancelling my attendance and encourage other speakers to do the same.”

As a reminder, Nielsen is not just another Republican or a normal public servant. She and her allies have been working to rehab her image and present her as having been merely following Trump’s orders or even working as a moderating force against more aggressive policies. But, among so many other horrible acts in the war on immigrants and refugees, she is the person that enacted the horrific and inhumane policy of family separation at the border. She does not deserve a platform to plead her case.

“Reputation rinsing― using visible, celebratory platforms to restore and normalize monstrous abuse ― was actually common practice for predators like R Kelly and Jeffrey Epstein,” hampton continued. “When every infant, toddler, child and teenager Nielsen is responsible for ripping from their families is released and reunited, when attempts at restitution are made, then perhaps she can face one of them for a public “interview.” Perhaps they’ll begin by asking her a softball, like ‘Does she now know Norway is a white country?'”

Soon after, Hillary Clinton also dropped out of the summit. Officially, she cited “scheduling conflicts” as the reason, but a source close to Clinton told Slate that Nielsen was the real cause. From Slate:

“We work with a lot of activists who are trying to do their best to improve this horrible situation down at the border,” the person said, citing Clinton’s support of RAICES and other organizations that advocate for asylees and immigrants. “At the end of the day, it’s an easy decision. You have to side with them.”

That source described Nielsen’s tenure at the Department of Homeland Security as “one of the most horrific things that we’ve had to bear witness to within our borders in modern political history.”

If Nielsen is the reason Clinton pulled out of the even, I do wish she’d say so. Still, this is definitely better than her attending. (Tulsi Gabbard is also on the list of speakers, so I’m guessing Clinton is happy to avoid that awkward meet-up, too.)

With respect and gratitude. pic.twitter.com/rhKpRYf6gF

“I don’t think that human rights violators and merit-based abusers of displaced people should be given a platform to ‘reimagine’ history. Ever,” Carlile wrote. “The atrocity of family separation at our Southern border needs to go down in history as one of the United States of America’s most merciless acts.”

She goes on to write, “Respectfully, I absolutely cannot support Kirstjen Nielsen having a voice among the most powerful and inspiring women in America. Her access to power is righteously over.”

More than 50,000 people have signed a petition urging Fortune to remove Nielsen from the lineup. She’s currently scheduled to be interviewed Tuesday afternoon in a discussion called “The Hard Questions.” The event’s website says Amna Nawaz of PBS NewsHour will be talking to her “about the horror of family separation, border security, and more.”