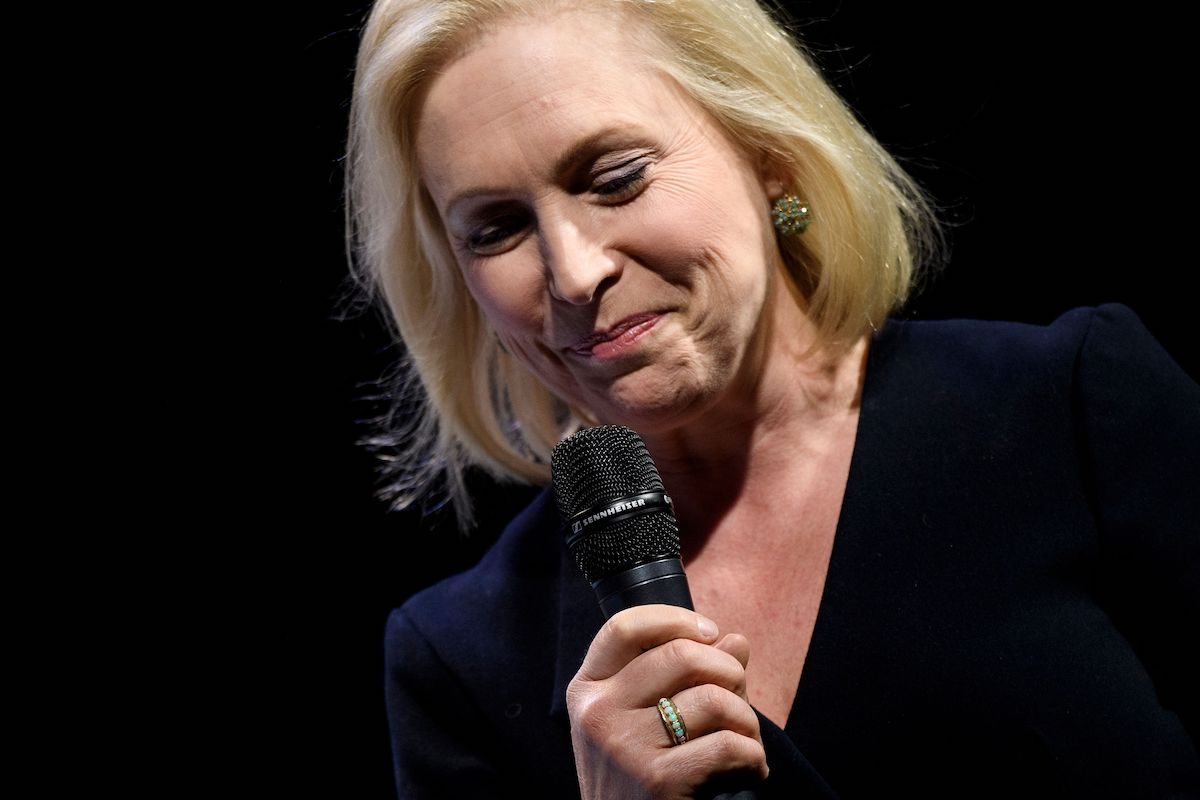 The first time I really took notice of Kirsten Gillibrand was when she was a guest on the Crooked Media podcast Lovett or Leave It back in the fall of 2017. She had some really powerful things to say about sexual assault on college campuses and in the military (this was only a week or so after the New York Times article outing Harvey Weinstein as an alleged sexual predator was published), but I also found myself really impressed by what she had to say about her stance on gun control.

Gillibrand has been accused over the years of flip-flopping on gun control (and other issues, which we’ll get to). When she began her career in office as a U.S. House representative, she had an “A” rating from the NRA. As a senator, that dropped to an “F.” So what happened? Did she forsake her constituents and sell out to those New York liberal ideals? No, she listened to her constituents, learned from them, and evolved to better represent them.

Gillibrand grew up in a hunting family in a rural area, and those were the sorts of people she represented in the House. “My lens on guns was hunting and Second Amendment,” she said on the podcast. “That was pretty much what my constituents cared about.” But when she became a senator, she was wasn’t just representing rural New Yorkers, she had to serve the needs and wishes of all New Yorkers. So she met with parents who had lost a child to gun violence. “I can’t tell you how quickly I realized that not only had I been wrong, but I hadn’t taken the time to fully understand the destruction gun violence was creating in America.”

Here’s a powerful clip from that interview:

It’s not often that we hear politicians admit they were wrong about something, and it’s really not often that we see our representatives listening to their constituents in such a genuine way. We’re used to them being swayed by lobbyists or by party ties, not by the actual needs of voters. So the day this podcast aired was the day I became a fan of Gillibrand.

Tuesday night, Gillibrand participated in a town hall event hosted by CNN, and she let her full national audience know that she is a human being capable of growth and change.

In that town hall, she talked about her change of stance on gun control, as well as immigration (something she also discussed a while back on the Crooked Media sister show Pod Save America). Gillibrand says that she was “ashamed” of her past views on immigration. From CNN:

“When I was a member of Congress from upstate New York, I was really focused on the priorities of my district. When I became senator of the entire state, I recognized that some of my views really did need to change,” Gillibrand said. “They were not thoughtful enough and didn’t care enough about people outside of the original upstate New York district that I represented. So, I learned.”

Gillibrand has proven that she will stand by her convictions, even when they’re unpopular, but that she is open to listening to voters and adjusting her stances to meet their needs. And in addition to talking about times she was wrong, Senator Gillibrand also isn’t afraid to say when she doesn’t have the answer to a question.

She was asked Tuesday about mandatory vaccinations and also about lowering the voting age to 16. In both cases, she said she didn’t have a definite stance, and while my first reaction to the vaccinations question is disappointment (yes, of course she should support this! New York City, in her own home state, is currently in a state of emergency over a measles outbreak!), I believe her when she says she simply hasn’t had to think about whether that should be mandatory. But since she’s proven her ability to listen to her constituents, I trust that she would come to the conclusion that serves them, not lobbyist groups or anyone else.

Gillibrand is the kind of politician we always say we want to see in the world–one that actually works for voters and is grateful for the opportunity to do so.

On top of all of that, Gillibrand gets the job done. In a pre-town hall interview, she said:

I have a very different story [from other candidates] and I come from a rural part of a state as diverse as New York. I won a 2 to 1 Republican district twice and then I brought my whole state together with the highest vote total at 72% and bring people together in Congress all the time. I actually pass a lot of legislation big bills like 9/11 health bill and “Don’t ask, don’t tell” repeal and small bills like the 18 bills that passed in the last Congress, like more money for rural broadband or more money for manufacturing.

Gillibrand hasn’t really been able to break out of the overstuffed Democratic field of 2020 contenders, but she definitely made the most of her town hall and got to show the audience a clear picture of who she is.