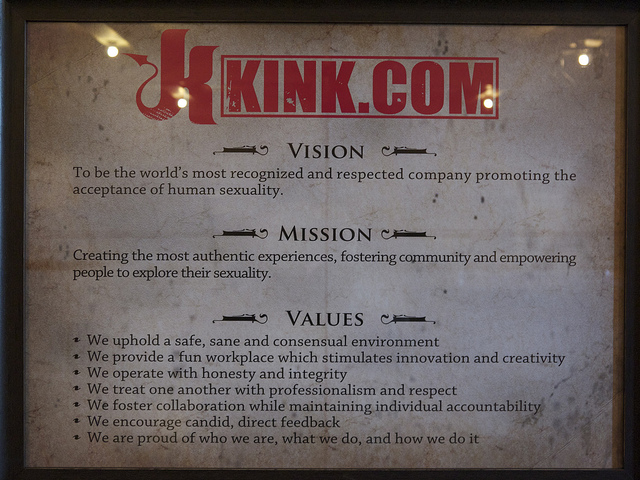 In an email statement exclusive to TMS, Stabile wanted to make clear the circumstances surrounding the new policies, in addition to giving the above-mentioned context and clarification. Here is his statement in full:

The new Model Rights and Responsibilities document is only part of a larger process, and was the first step in changing systems to better protect performers. I realize that on its own, the focus could seem skewed, since “rights” is necessarily defensive.

It’s true that in the first phase, we did focus heavily on the reporting side. That’s partly because the women who came forward last month did not originally report the incidents to us when they happened, which meant that we couldn’t address them.

Reporting sexual assault is always difficult, but particularly so for sex workers. Many of the performers said they didn’t report it at the time because they didn’t know how, or didn’t think they’d be believed, or because they felt James held too much power in the industry. With the new Rights and Responsibilities protocols, we wanted to make it very clear that they could report any incident, and that we’d have their back.

As for the responsibilities, we wanted to establish an affirmative consent baseline, because James’ response to the allegations has been “Well, I stopped when they asked me.” We wanted to prevent that from being an option, by shifting from “no means no” standard to “yes means yes” standard.

Also, you’re right to identify that there aren’t specific punishments outlined here. That’s not because there are no punishments, but because assault is handled by law enforcement. Needless to say, someone who committed sexual assault would not work with us again. There are many behaviors we wouldn’t tolerate, from lying to stealing to cancellations, that are not listed here. So I apologize if the omission would seem to imply otherwise. We worked hard to to make this a digestible document, rather than a “terms and conditions” length. This is not a perfect or comprehensive document, but hopefully a step in the right direction.

Had we heard these allegations at the time, it would not have been hard for us to end our relationship with James, despite his popularity. In fact, we stopped shooting him at the Armory nearly a year ago, long before the allegations surfaced, for reasons that had less to do with assault and more to do with his ego. Certainly commerce can influence consent, both for performers and producers. But we constantly try to correct for that.

He then went on to add:

These are difficult issues, no doubt, and I don’t think that the solutions are perfect. But…[h]opefully, with more performer input we can put together protocols that at least move us closer.

I was heartened by Stabile’s response and hope that a stronger dialogue does open up between Kink.com and the performers in their employ, and am glad to see that Kink.com is taking this seriously.

To be clear on my end, when I criticized the lack of “specific punishments,” I wasn’t talking about anything other than making it crystal clear that if incidents like this happen, the perpetrators will be fired. Obviously, crimes are handled and punished by law enforcement, but I also feel that a document like this needs to have teeth in order for it to be effective. My concern was that, while it clarified that certain acts or attitudes “would not be tolerated” (which is great!), the only thing that specifically seemed to jeopardize shooting with Kink.com in the language was the section on drug use, and so I thought more explicit language was necessary in the other sections to make that clear.

However, as Sabile points out, these documents and the policies they lay out are works-in-progress that will grow and change as they get more input from the sex worker community and employees of Kink.com. I wish them well as they work toward making Kink.com a safer place to use one’s safeword.