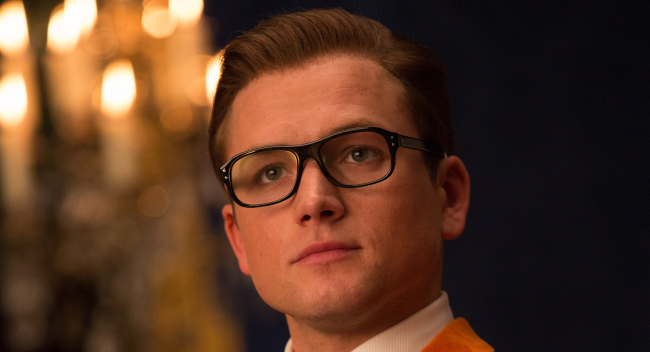 Do you recall how excited we were about Kingsman: The Golden Circle‘s promo poster? Well, now we have our first peek at Taron Egerton’s Eggsy, Channing Tatum’s all-American agent, Jeff Bridges looking badass, and a fabulously bespectacled Halle Berry as Merlin’s U.S. equivalent. Yesss.

We’ve got to start with Eggsy, who has undergone a total transformation from punk kid to superspy. While the last film saw him receiving bespoke tailored clothes a la his mentor Colin Firth’s Harry Hart (which he rocks the hell out of in the final scene), wow has Eggsy ever come into his own: 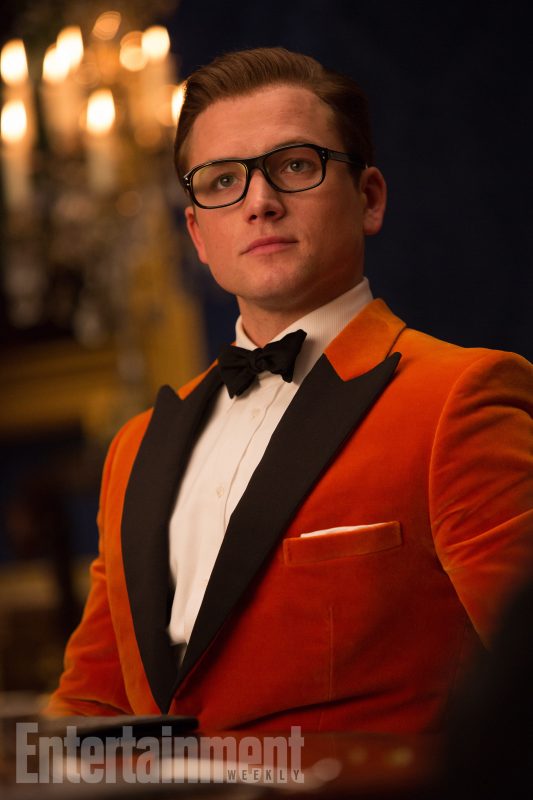 I never thought I could be so into an orange velvet suit, but people can change.

Channing Tatum, Halle Berry, Jeff Bridges and Pedro Pascal are in The Golden Circle as members of the Statesmen, the British Kingsmen’s super secret spy equivalent in America. Here’s Tatum as a comic book’s dream of an American agent. 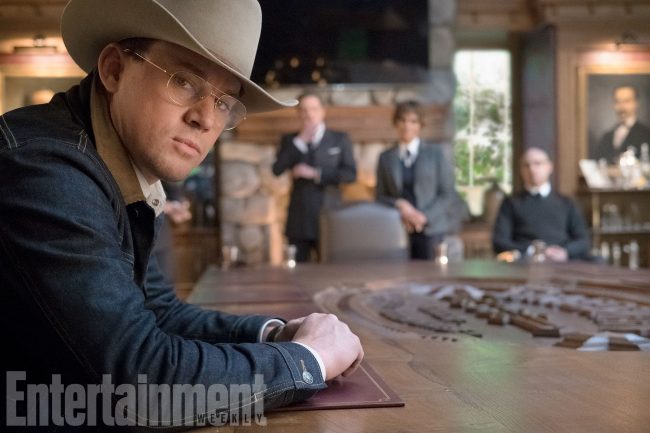 I love that he’s in a jeans ensemble with cowboy hat, but all of it is immaculately tailored in the eye-catching costuming style we’ve come to expect from Kingsman and director Matthew Vaughn’s penchant for detail. (And everyone must have killer glasses. Spy requirement.)

The Entertainment Weekly story mentions the new weapon we heard about previously—”an electric cowboy-style lasso that slices through bad guys.” My money’s on Tatum’s character having that lasso on his belt. 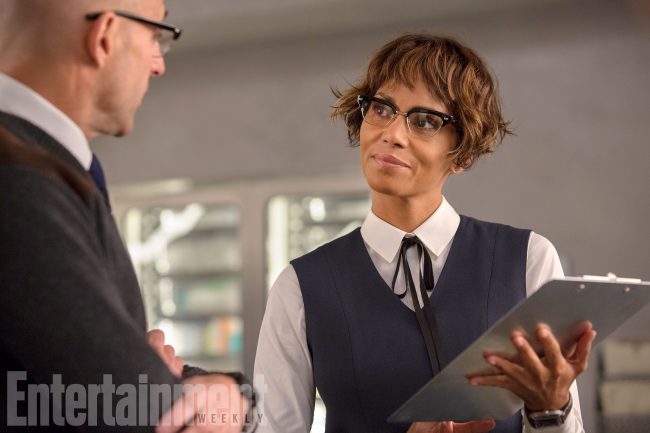 I’m obsessed with Halle Berry’s whole look here and so goddamned excited that Halle Berry was cast as a tech nerd spymaster. I’m especially excited to see her interactions with Mark Strong’s Merlin. Strong hints that there might be a romance in the works: “Might there be some geeky love?” I really don’t care if there’s a romance subplot as long as I get to see Halle Berry rocking a range of ties.

Also apparently we’ll be seeing “a mechanical attack dog” as an addition to the kickass high-tech weaponry. Might it be of Berry’s character’s design? 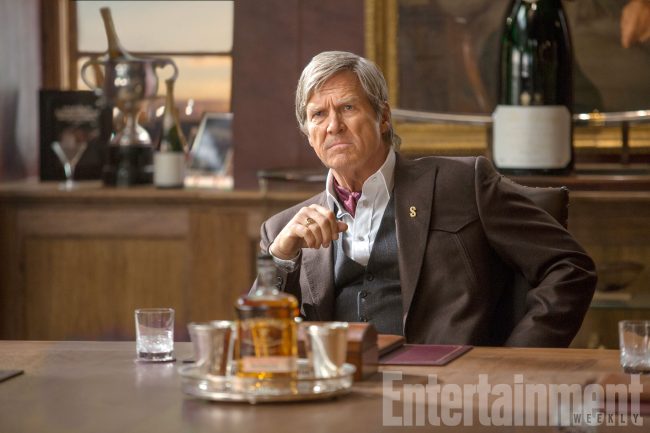 Last but certainly not least, goddamn Jeff Bridges looking like he could ride a wild stallion across dusty plains to attend a fashion show. The Dude himself has a cutting, no-nonsense stare and (I’m guessing here) is probably the senior Statesmen. I’m sure there’s a lot more to his character, and Bridges is a fantastic actor, so I can’t wait to see him in action.

Alas, we have no glimpses yet of Game of Thrones‘ Pedro Pascal, who should have been cast as Doctor Strange, or Julianne Moore or Elton John, although we now know more about their roles:

Julianne Moore also costars as a Martha Stewart-ish global entrepreneur named Poppy and Elton John pops up as a “Vaughn-ized” (per the director) version of himself.

Each new tidbit of information about this movie makes me more excited for it. As was much-discussed in comments on our last article, many of us loved the first Kingsman up until the last scene, which was extremely sexist and problematic. Hopefully, Vaughn has heard criticism of his ending and won’t go rewarding Eggsy with more sex from captive women. Hopefully, he’s going to do a lot better in his treatment of women. Hopefully.

As for Colin Firth’s return, we know he’s listed first on the poster, so Harry Hart will be in the film in some fashion (and fashionably). As EW notes:

“I’ve read the rumors, but I can’t reveal if I’m even in this film,” Firth said while in full wardrobe on the set last summer.

Kingsman: The Golden Circle is out on September 29th, which feels far away, but as long as they keep releasing pictures of the cast in their costumes and glasses I may just survive the wait.