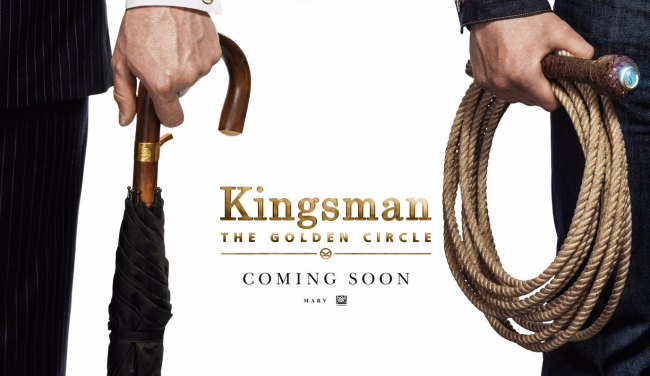 Matthew Vaughn’s 2014 movie Kingsman: The Secret Service—a smart, silly, hyper-violent, and stylish spin on the British super-spy trope—was well-received, so it was only a matter of time before a sequel. A new promotional poster for Kingsman: The Golden Circle is out, and it lists an eye-popping cast, along with seeming to settle the Colin Firth question.

Gaze upon the poster, which was released at CinemaCon: 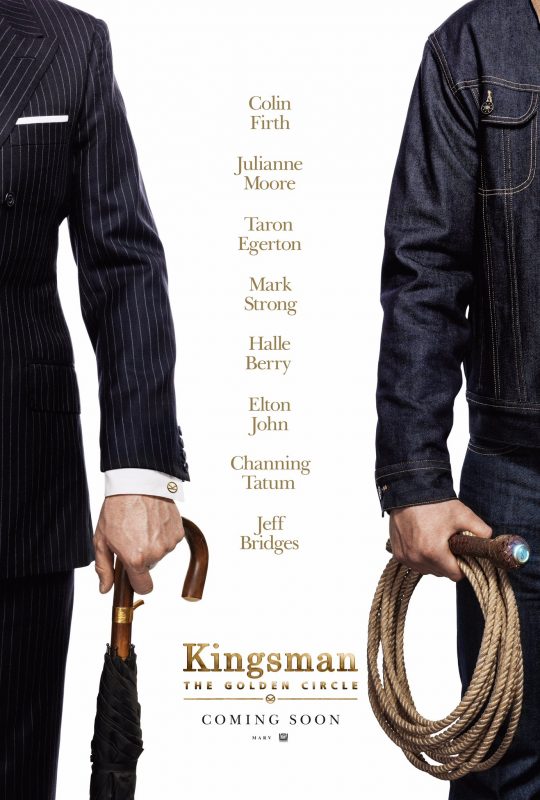 Oookay. Deep breaths. Holy hell, that’s some cast list. First of all, we need to appreciate Colin Firth’s top billing. His character, secret agent Harry Hart, appeared to have been very, very dead in the last movie. But this is the reality-defying world of Kingsman and anything can happen, and there had been a lot of rumors and Instagrams on the subject. The fact that Firth is billed first and we see his distinctive suit/umbrella combo means that Harry Hart is definitely back, baby, and quite likely has a starring role. There’s no “and Colin Firth” nonsense.

(Updated to add: commenter Alex Boyer noted that it’s likely the suit in the poster is Eggsy’s, and the jeans-clad gentleman Channing Tatum’s character, who apparently has a lasso that can cut people in half.)

The rest of the cast on the poster are new to Kingsman landscape: Julianne Moore!! Halle Berry!! Elton John!! Channing Tatum!! Jeff Bridges?!?!? The Dude himself is abiding. From prior announcements, we also know that the wonderful Pedro Pascal (Game of Thrones) is involved. This time, the Brits will be working with their counterparts across the pond:

When their headquarters are destroyed and the world is held hostage, the Kingsman’s journey leads them to the discovery of an allied spy organization in the US. These two elite secret organizations must band together to defeat a common enemy. 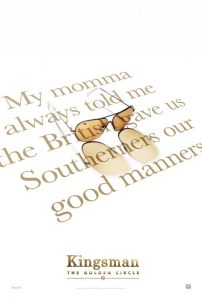 I can’t wait to see how the movie spins the American super-spy trope for all that it’s worth. Writing credits on the script go to Vaughn, Jane Goodman, plus Dave Gibbons and Mark Millar, who created the source comic book The Secret Service. I’m excited to see a female screenwriter, and the ongoing involvement of the comicsmen who conceived Kingsman.

The Golden Circle is slated for release September 29th, which isn’t soon enough.