New and recent adaptations worthy of Excalibur and your time. 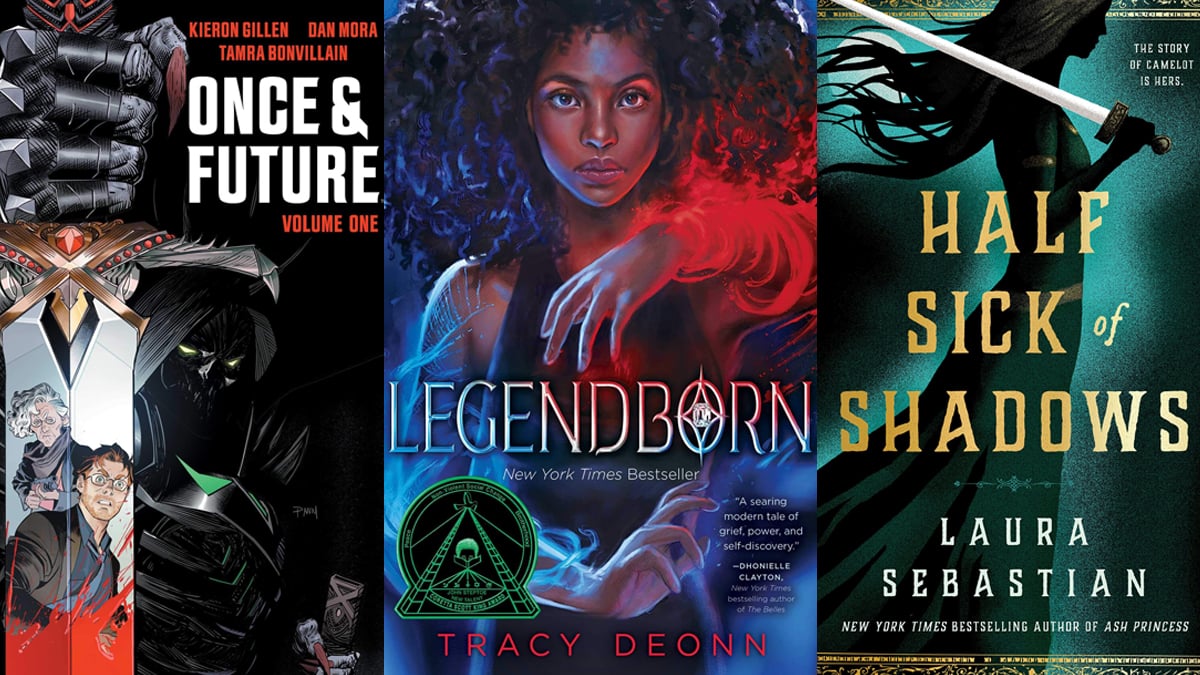 Despite the overwhelming amount of very cis, very white and very male Arthurian adaptations that have dominated popular media, the centuries of legends (what debut author Tracy Deonn dubs as “1500-year-old global fanfic that began in Wales”) portray a more ethnically diverse and queer-coded picture of Camelot. In the year 2021, the remixes are why we get excited about yet another adaptation in the form of A24’s The Green Knight, starring Dev Patel.

With settings ranging from the traditional medieval Britain to a futuristic Earth and stories with Excalibur as a sword or retold as a magical baseball bat, here are 11 Arthurian retellings to add to your TBR. 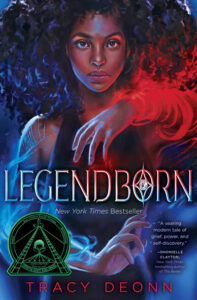 Beginning her first residential, dual credit-esque semester at UNC-Chapel Hill months after her mother dies in an accident, 16-year-old Bree Matthews has a lot on her plate. She really did not need to see a flying demon feed on human energy the first night on campus. This attack and subsequent fallout push her into a centuries-old, elite organization made up of descendants from the Round Table known as “The Order of the Roundtable.” This fast-paced, dark academia novel has Bree asking new questions about her mothers’ death, exploring legacy, and getting tangled in magical politics.

Book two of this YA fantasy is set to release in 2022.

Lancelot and the King by Sarah Luddington 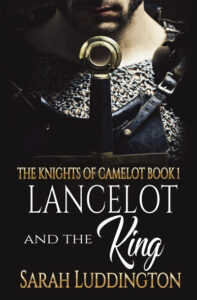 A staple in Arthurian retellings is dialing up the romance. However, Luddington’s The Knights of Camelot series places romance front and center. Each steamy entry in this adult historical romance series centers on the love of two or more men. After being disgraced and banished, Lancelot starts out this saga by returning to Camelot when called back to duty. With war on the horizon, he must balance the needs of the kingdom with the needs of his heart.

This series hails 10 main books and one short story collection.

Camelot 3000 by Mike W. Barr and illustrated by Brian Bolland 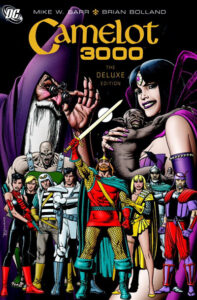 Many of the centuries-old Arthurian texts refer to King Arthur as “the once and future king.” Some creatives took that literally and adapted the work, setting it in the future!

This 1980s, 12-issue run has a reawakened Arthur needing to rally his Round Table to protect against an assault on Earth from imperialistic aliens. The reincarnated Round Table is a global cast with knights hailing from the United States, Japan, France, The U.K., South Africa, and more. With one of the knights, Sir Tristan, coming back in a woman’s body, the comic explores gender in a way that managed to skirt the Comics Code Authority. While radical at the time of publishing (1982), some elements of Sir Tristan’s story did not age great almost 40 years later. Still, there are more redeeming qualities and surprises in this DC graphic novel than one might expect. 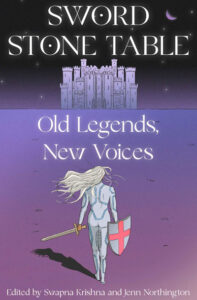 If you are torn between multiple books on this list, Sword Stone Table: Old Legends, New Voices may be able to scratch various itches in one book! Changing perspective from chapter to chapter, this collection of short stories bends race, sexual orientation, gender identity and better reflects the diverse fandom of the epic Arthurian legends. Some settings include Gilded Age Chicago, ’80s New York, contemporary Singapore, and futuristic Mexico City. Released July 13, this anthology comprises writers across genres and features the most unique adaptations ever told.

King Arthur and Her Knights: Enthroned by K.M. Shea 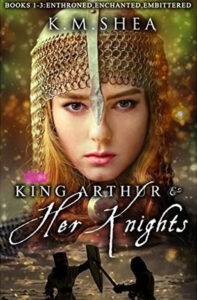 The seven novellas in King Arthur and Her Knights follow Britt Arthur transported from the present to 6th century Britain. There, hot Merlin informs her King Arthur is MIA after running off with a shepherdess and that whoever pulls the sword from the stone will be the King of England. As her namesake suggests, the blade is pulled out with ease by Britt. In addition to dealing with all the politics that come with that mess, she must present as a man to survive and confront her growing feelings for Merlin.

As a bonus, Shea leaves notes in her book regarding the research and adaptation of her text for the super Arthurian lore fans.

Half Sick of Shadows by Laura Sebastian 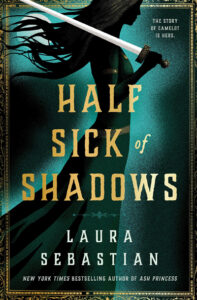 Centering Elaine of Shalott, this adult fantasy has prophetic Elaine working to keep Arthur safe. However, at each turn, the possible outcomes are all tragic. Forced to navigate the anti-magic sentiment within Camelot, Elaine desperately works to keep Arthur safe, including from threats within their inner circle. She must decide how far she is willing to go in an attempt to alter the future death and destruction of her vision’s promise.

Once & Future by A.R. Capetta and Cori McCarthy 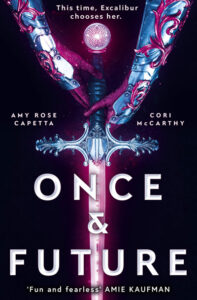 This YA dystopian/space fantasy retelling begins with refugee Ari crash-landing on Old Earth to find she is the 42nd reincarnation of King Arthur. Alongside a teenage Merlin, they work together to break the curse that keeps Arthur from coming back again and again. With queer rep from across the rainbow (to the point that there were disgruntled reviewers calling it “heterophobic”), this book is full of romance and adventure.

The Guinevere Deception by Kiersten White 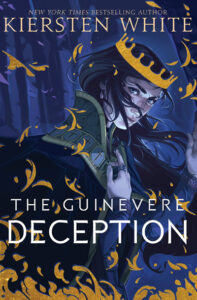 The first novel of the Camelot Rising trilogy follows the engagement of Princess Guinevere to King Arthur as told from the perspective of Guinevere. The problem is, she is not really Guinevere, but a changeling posing as Guinevere in a kingdom hostile to magic. Sent into to marry and protect Arthur by an exiled Merlin, this “Guinevere” is challenged by obstacles in court and a cloudy memory of who she was before. Exploring the balance between nature in order, The Guinevere Deception is a thrilling political retelling.

White is known for exploring women’s voices in classic works. Her novel And I Darken features a gender-bent Vlad the Impaler, and The Dark Descent of Elizabeth Frankenstein is Elizabeth’s perspective in Frankenstein. 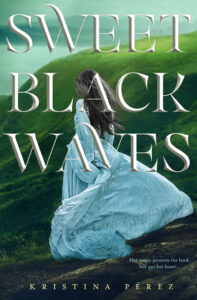 Sweet Black Waves begins with the best friend to a princess, Branwen, unknowingly saving the life of an enemy then awakening ancient healing magic. Aching for peace puts her at odds with this man she saved and started to have feelings for and the princess she serves. Inspired by Tristan and Iseult, the story centers star crossed lovers and friendships tested by war and loyalty. 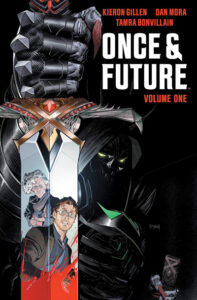 While this shares the title with another entry on this list, this book could not be more different—even for an Arthurian retelling. This graphic novel series follows an ex-monster hunter, Bridgette, and her museum curator grandson, Duncan, facing a legendary threat. A villain from Arthurian legend brought back by Nationalists. Coming on the heels of Brexit, the story explores British identity. Each age of King Arthur adaptations reflects current politics and culture. This story addresses the unique malleability of these myths in its themes. You can explore this meta analysis or just have fun with this adventure, horror retelling. 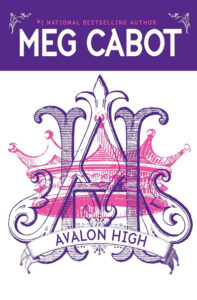 Not every retelling needs to be a new or new-to-you book/author. Take comfort in the grade school-fave Meg Cabot (writer of Princess Diaries and All-American Girl) with this standalone YA mystery. New student Ellie begins to feel déjà vu and unravels strange things about the class president and football star Will. Foreshadowing Ellie’s experiences, each chapter begins with lines from Alfred Lord Tennyson’s poem The Lady of Shalott.