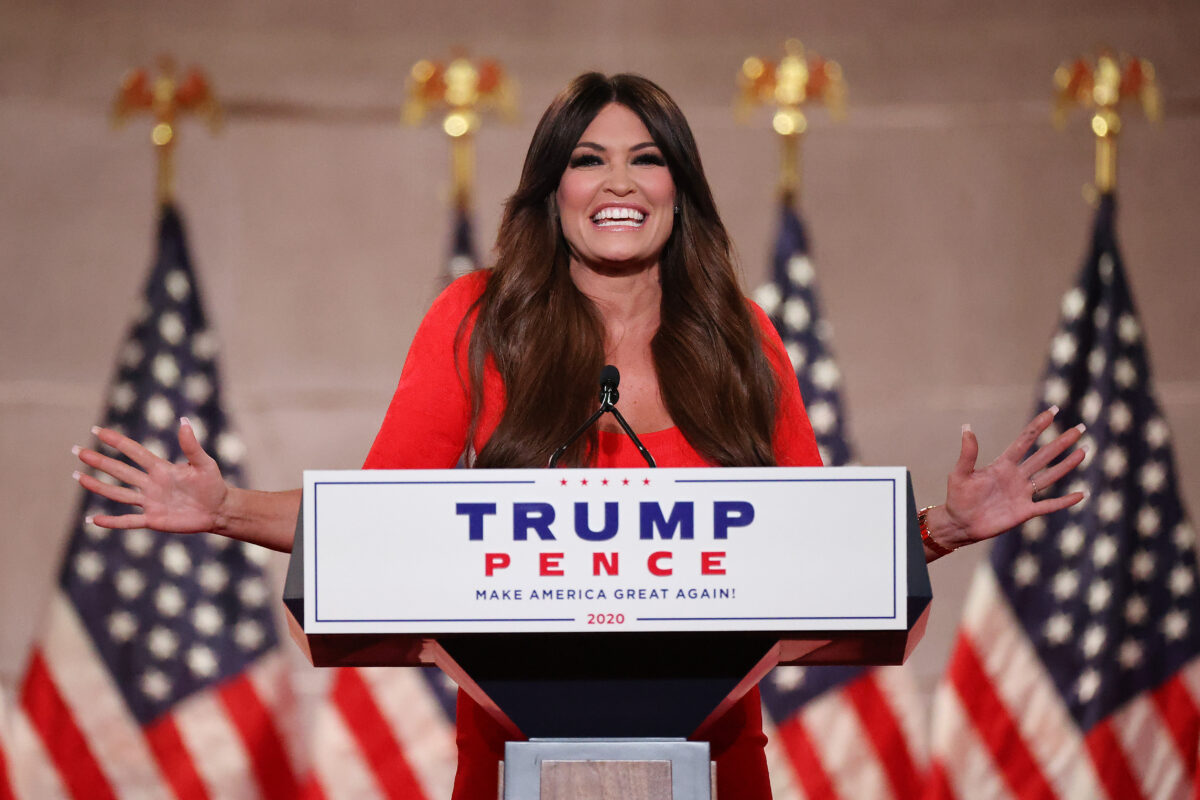 Well, last night was … something that happened. The 2020 Republican National Convention kicked off its first night of fascism, and everyone online is yelling about different things—mainly about Kimberly Guilfoyle yelling, but the delivery of her speech is not what we should be talking about. We should be talking about how it was littered with fascist rhetoric.

In an interview explaining the ideas behind fascism, Jason Stanley (a Yale philosopher who wrote a book on trying to explain fascism) said, “Part of what fascist politics does is get people to disassociate from reality,” and … okay, so Donald Trump’s entire political campaign for 2020. This interview, from 2018, pointed out that Trump uses fascist politics to gain power, and that was before all of this, where Trump’s strategy is to use disillusion against the American people.

So, how does all this tie in with Kimberly Guilfoyle’s speech? Well, let’s watch.

Have you ever watched a speech and found yourself going, “What?” because that’s what happened to me. Every time I hear a speech from someone rooting for Trump, I have to watch it like four times to understand what they’re trying to get at, and even then, it’s a shot in the dark as to whether or not any of it makes any sense at all.

So, if dissociating from reality is not what that entire RNC was doing last night, then I don’t know what it was. They say things that are wholly untrue—like Guilfoyle saying that Trump called to defeat ISIS, as if no one else had that as a goal, and as if ISIS has been defeated (???)—and try and convince people that their proclamations of Trump’s greatness and fear-mongering generalizations about anyone who opposes him are the reality we’re living in. So, you know, FASCISM.

What’s even scarier is that some Trump supporters did feel uncomfortable during this speech, and instead of calling it fascism, they’re comparing it to … HYDRA—the fictionalized Nazi organization from Marvel.

Guilfoyle’s departure from reality extended to deriding Nancy Pelosi as a member of the “cosmopolitan elite” as if Donald Trump doesn’t have a gold bathroom. It was a speech that made me want to claw out my own eyes, and it truly was just one of the most abhorrent aspects of last night’s events.