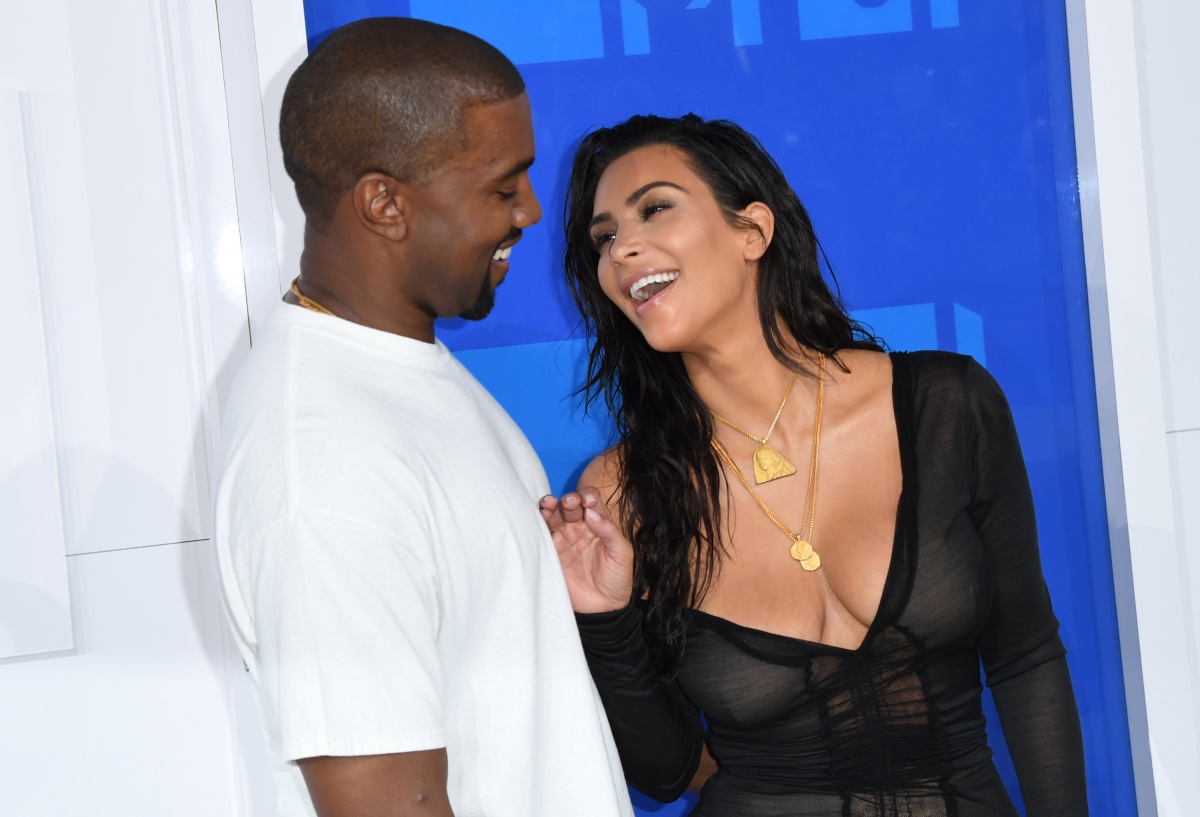 It is really, really easy to blame Kim Kardashian for a lot. Her public image and the image her family has cultivated in our pop culture is largely annoying. As a black woman, their damn-near fetishization of black men, while altering their bodies to look more “exotic” by co-opting a body type from black women that led to them being hyper-sexualized, only to then hyper-sexualize themselves, is the reason why I would never support anything that could make them money. Besides, they don’t need my help. Clearly.

That being said, we need to stop blaming Kim Kardashian for husband Kanye West’s behavior.

Kanye has been on a slow walk down this road ever since the early tragic death of his mother, Donda West, in 2007. His music reflects that, and his tailspin into sometimes manic and often irresponsible behavior has escalated ever since. Kanye has always had an ego and has always been pretentious, but his journey from “George Bush doesn’t care about black people” to tweeting in support of right-wing rhetoric is not because of Kim Kardashian—for many reasons, not even including the fact that those aren’t even her politics.

One of the things about having been forced to engage with the Kardashians in the public media for over a decade is that we have watched them change faces, asses, and politics in the public sphere for years. As PEOPLE showed in a post during the election, back in 2012, she called herself a “liberal Republican,” doing the whole “fiscal conservative” but  “social liberal” dance. But in the summer of 2016, in an interview with GQ, she said she now identified as a Democrat.

“As I’ve grown up, I decided what I think is best for me instead of what my parents would have voted for,” she told the magazine.

She openly supported Hilary Clinton during the election because of her stances on abortion, LGBTQ rights, and gun control. She has advocated for the recognition of the Armenian Genocide. She also got her lawyers on the case to help Cyntoia Brown, a sex trafficking survivor convicted of murder. Kim is also reportedly helping a 62-year-old grandmother by the name of Alice Johnson, who is currently serving 21 years of a life sentence for a first time, non-violent drug offense.

The Blast reported that Kim asked her lawyers “to help her find a way to help these women. We have already contacted Alice Johnson and her team of lawyers who are now actively trying to find ways to facilitate her release.”

Kim was the one who tweeted in support of Black Lives Matter, saying, “It is our responsibility as Americans and as parents to create a safe future for our children. We must do something NOW. We must speak up until we are heard and real, effective changes are made.”

In contrast, Kanye said, “To black people, stop focusing on racism. We live in a racist country, period.”

Even Pepsi-gate Kendell Jenner wore a “He Ain’t My President” Jacket to a March for Our Lives protest, even though one of her parents, Caitlyn Jenner, has been a very open Trump supporter.

So let’s cut this narrative that it’s Kim or the Kardashian/Jenner brand that’s influencing Kayne’s politics for the worse. He is the one who was chasing after Kim all these years, texting her while he was with Amber Rose. In terms of branding, Kim has stayed consistent. She has matured politically since becoming a mother, in many ways she has had to, but in terms of appropriating black women’s bodies and styles, and being someone who benefits off of that on Instagram … that is who Kim is, was, and forever shall be. If Kanye were really as woke as his music presented him to be, he wouldn’t be with Kim.

Kanye is the one who has changed, and it is Kanye who needs to be held responsible for his own actions. Kim was not there at Trump Tower with him, isn’t the one calling Donald Trump her brother, and isn’t the one tweeting selfies in Make America Great Again hats.

What she is doing, that is a problem, is standing by him, which led to this very cringe tweet from Don Jr. She is choosing to defend her husband and that is just as much of a problem for me, but the fact is that Kanye isn’t like that because of her.

I don’t think Kanye is mentally ill, I think he, like many rich black men, has gotten lost in his own wealth. I mean Kanye was never poor anyway, he came from a middle-class background with two educated parents. Part of what made his music different was that background. However, Kanye has always believed his own hype and everything, from his choice of wife to his current pro-Trump persona is an extension of that ego. Which is a shame, because the “College Dropout” Kanye, the Kanye who spoke out about how homophobia in rap was discrimination in the early 2000s before it was a mainstream idea is not this man.

Or maybe it was?

Kanye’s musical genius has saved him from many public incidents that would have destroyed anyone else’s career. Now the same people who called him out for his “unpatriotic and race-baiting” comments about GWB are on his Twitter welcoming him to the MAGA family.

That’s all Kanye. Kim is just helping him be trash. Standing by your man is overrated.