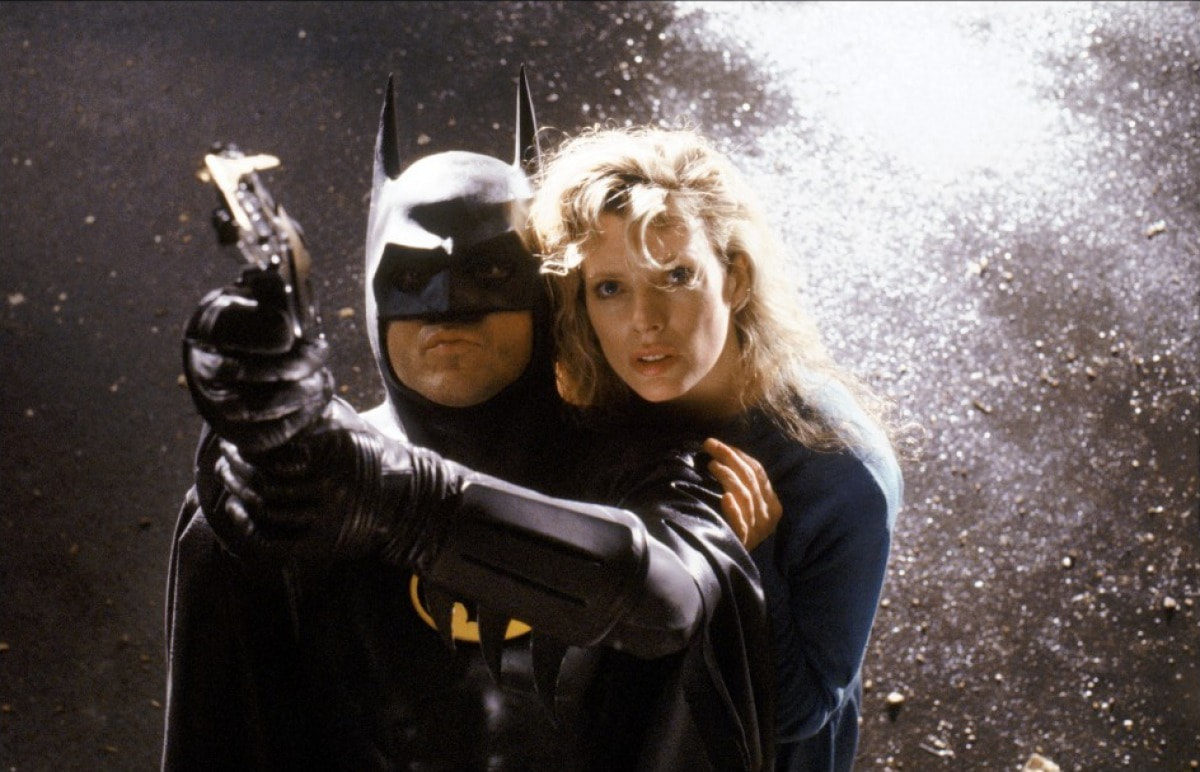 For an entire generation, Tim Burton’s 1989 Batman served as an introduction to superhero cinema. The film was instantly iconic, breaking box office records, receiving critical acclaim, and even garnering an Academy Award for Best Art Direction. In the 30 years since, Batman has not only reinvigorated the classic comic book character, but has spawned the legacy of Batman that includes sequels, new film franchises, Batman: the Animated Series, games, merch, and of course countless comics.

On the 30th anniversary of the film, The Hollywood Reporter interviewed producer Michael Uslan, as well as actors Robert Wuhl (Alexander Knox) and Kim Basinger (Vicki Vale). They all shared stories of the struggle to bring the film to fruition. While a Batman movie seems like a no-brainer, everyone at the time thought it was a terrible idea.

Despite the success of 1978’s Superman, Batman was not considered a hot or relevant property. Most people associated it with the campy Adam West series, and saw zero potential for a dark, serious Batman film. Producer Michael Uslan describes trying to get the film rights for Batman from DC Comics VP Sol Harrison:

“The day came when I went back to Sol Harrison and said, ‘Sol, I want to buy the rights to Batman,’” Uslan recalls. “Sol was genuinely apoplectic. He was very fond of me, which I greatly appreciated. He said ‘Michael, Michael for God’s sake don’t do this. I don’t want to see you lose all your money. Don’t you understand that after Batman went off the air on TV the brand became as dead as a dodo? Nobody’s interested in Batman anymore’ I countered with, ‘But Sol, nobody’s ever done a dark, serious Batman feature film. This is almost going to be like almost a new form of entertainment!’”

Nearly a decade passed, with no major studios interested in the project. Uslan eventually won over producer Peter Guber of Casa Blanca Records, and they took it to Warner Bros. with producer Jon Peters attached. The Peters would go on to be massively successful and notorious Hollywood producers, whose exploits were chronicled in Nancy Griffin and Kim Masters’ bestseller Hit and Run: How Jon Peters and Peter Guber took Sony for a Ride in Hollywood (one of the great industry books of all time).

The producers secured up and coming director Tim Burton, who was fresh off of the success of Beetlejuice. With Burton attached the film finally picked up steam, but it hit a roadblock when Michael Keaton was cast in the titular role. Famous for his comedic chops, many doubted that Keaton could pull off the Dark Knight. Fans sent nearly 50,000 letters to Warner Bros. protesting the casting. Wuhl said of the phenomenon:

“When we shot in London, people were calling Batman Mr. Mum instead of Mom,” Wuhl says of the jab on Keaton’s 1983 comedy Mr. Mom. “I always knew Michael would deliver and I knew the letters wouldn’t faze him. Michael is tough. But you wonder, if social media had been around back then, if Warner Bros. would have stood up to it… the reaction was that strong.”

But the production continued to be beset with problems. Basinger took on the role of Bruce Wayne’s love interest Vicki Vale after Sean Young broke her arm in a horse riding accident. But even before the accident, Young felt that her character was underwritten in rewrites. Basinger, whose Vale is very much the damsel in distress, reflects on a joke about her weight that doesn’t hold up well in 2019:

“I loved that moment in the movie when we’re supposed to go up on the grapple gun and Batman asks Vicki’s weight and she says 108,” Basinger says. “The sort of lie that stops them both from reaching the rooftop … Body shaming wasn’t a thing then, you couldn’t be skinny enough. It wasn’t pro curves like Kim Kardashian … I do love the joke with Vale and how Batman calls her out on it. Michael could always pull off that kind of dialogue.”

The article is filled with interesting facts about the film’s struggle to get made, and is worth reading in its entirety. And Batman, while dated, has plenty of unique moments and performances that are still engaging and entertaining. While the 1989 film may not compare to other adaptations like the Nolan trilogy, it set a standard for superhero films that continues to this day.

Have you watched Tim Burton’s Batman recently? How do you think it holds up?