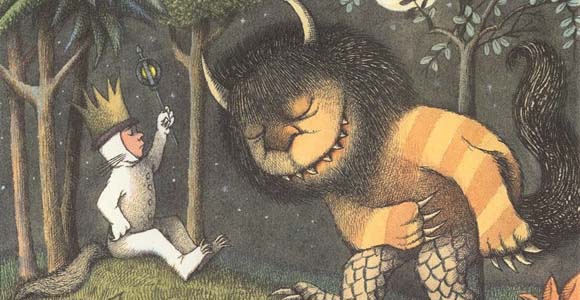 Why do people think they can get away with crowdfunding something that doesn’t belong to them?

In what must seem like the most obvious story of the day, Kickstarter removed a project on their website intent on creating a sequel to the late Maurice Sendak’s Where the Wild Things Are. But let’s look at the details, shall we?

It was actually HarperCollins Publishers who had Kickstarter remove the project. According to The Hollywood Reporter:

The project from U.K. illustrators Geoffrey O. Todd and Rich Berner intended to raise £25,000 for a book, Back to the Wild, that would share the story about what happened to Max and the creatures he encountered. The book was also going to be dedicated to the memory of Sendak, who passed away a year ago.

Trying to crowdfund something like that sounds like…well it sounds like a really stupid and illegal idea. Here’s the synopisis for the intended project:

Sophie is Max’s daughter and she too is excited to hear about the strange Wild Things, but time has elapsed. Max in our world, is now probably in his 30s and the Wild Things have been ‘marooned’ for almost 30 years – what has happened to them in all that time?

THR linked to the cache of the Kickstarter page in which the creators didn’t seem to think using Sendak’s creations would be an issue even though they themselves linked to an old interview with the author in which he said, “People said, ‘why didn’t you do Wild Things 2? Wild Things 1 was such a success’. Go to hell. Go to hell. I’m not a whore. I don’t do those things.” Kinds of reminds me of the whole Alan Moore/Before Watchmen situation. But in this case, Todd and Berner had absolutely no connection or ownership of Sendak’s creation.

“Having read the original story of Where The Wild Things Are many times, we always wanted to know more about Max, the creatures and what happened next – but Mr Sendak did not want to produce a sequel,” wrote Todd and Berner. “However, we have listened to his advice in the interview above to ‘take the dive’, to make our own work.”

The team wrote a bit more under the “risks and challenges” section of their Kickstarter page that might raise your eyebrows. “We know that the original story is a very hallowed text, but we also note that Where The Wild Things Are has been made to move on, most notably in the recent Spike Jonze movie, which indicates that the essence of Where The Wild Things Are is not sacred or frozen in time,” they said. “We have also been very careful not to impinge on Mr Sendak’s copyright and have taken the necessary legal advice around this whole project.”

As to that, after finding out about the project, HarperCollins submitted a DCMA notice that read:

The infringing material is a proposal to create a “sequel” to WHERE THE WILD THINGS ARE, entitled “Back to the Wild,” using the characters, scenes and copyrightable elements of the original work. Any such unauthorized “sequel” would clearly violate the Estate’s right to create derivative works.

(GalleyCat via The Hollywood Reporter)