Would you kindly inspect the chicken? 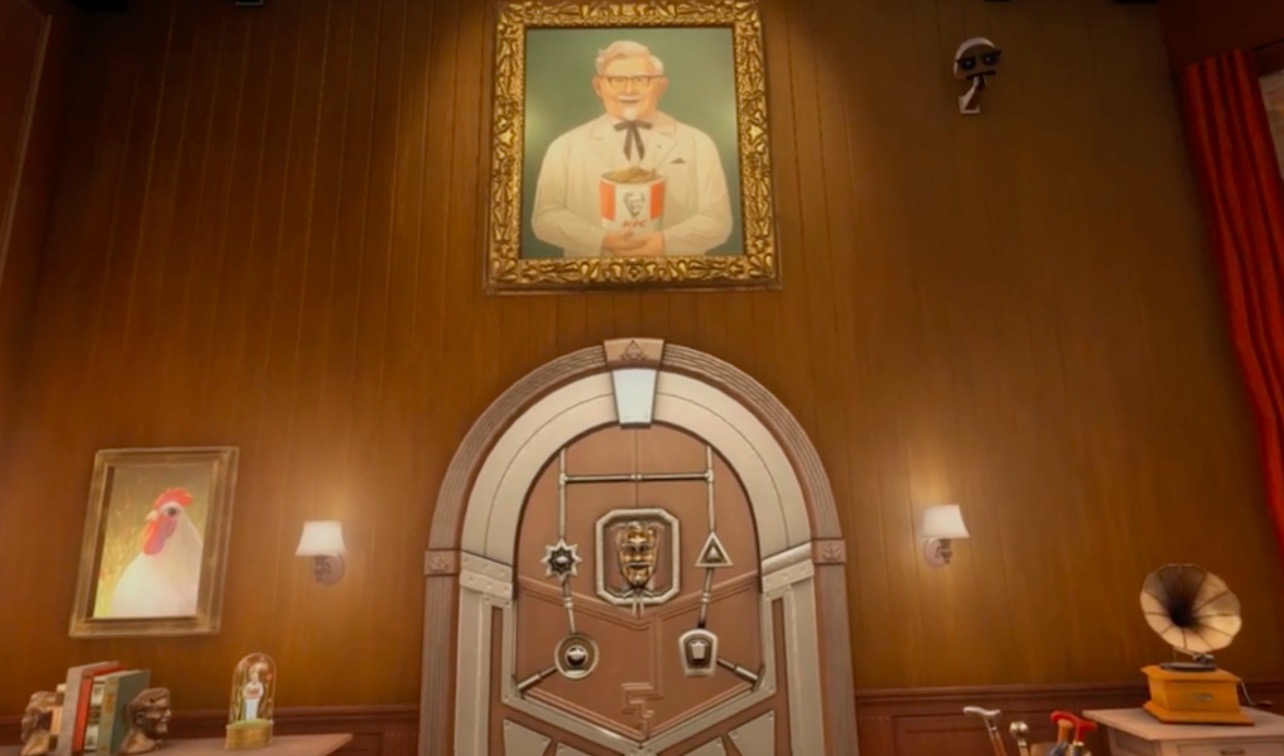 Virtual reality has more purposes—and ideally more useful ones—than just fun and games, but if they tend towards KFC’s horrifying vision of employee training, count me out. I’ll be in the woods somewhere, living without electricity, and reassessing whether the benefits of technological advancements are worth the horror they have wrought.

KFC’s virtual reality employee training simulator is the stuff of nightmares, seemingly by design. It’s eerily reminiscent of BioShock, which, if you’ll remember, was a game wherein you played as a brainwashed slave to a megalomaniac. That’s not really the vibe I’d want to give incoming employees, unless this is some undercover commentary by whoever within KFC put the whole thing together. In that case, bravo. You nailed it.

In the KFC version, experienced by employees through an Oculus Rift, you’re taking orders from Colonel Sanders himself, who will guide you through the process of cooking some digital KFC chicken. If you successfully learn all the steps of the cooking process, your reward is that you actually get to leave the virtual room! I know they’re not really jacking anyone in Matrix-style, but I’m still unsettled by the idea of being trapped forever in a KFC-themed virtual prison if I’m unable to satisfactorily cook fast food chicken. We’re edging uncomfortably close to full-blown techno-dystopia in the real world.

I sincerely hope this is all marketing/a joke/something—anything—other than reality.

To top it all off, things take a weird turn when you get to the frying process and have to wait for time to fast forward for it to complete, with Colonel Sanders’ yelling maniacally in the background as this is going on:

Overall, I’m sure it’s an effective way to learn the process, mostly because it’s not an experience you’re likely to forget (it’s also supposedly twice as fast as traditional training). I watched the whole thing in video form over on Eater, and I don’t think I’ll ever be the same again. I just hope they’re planning on improving employee health benefits in anticipation of a serious spike in psychological distress.