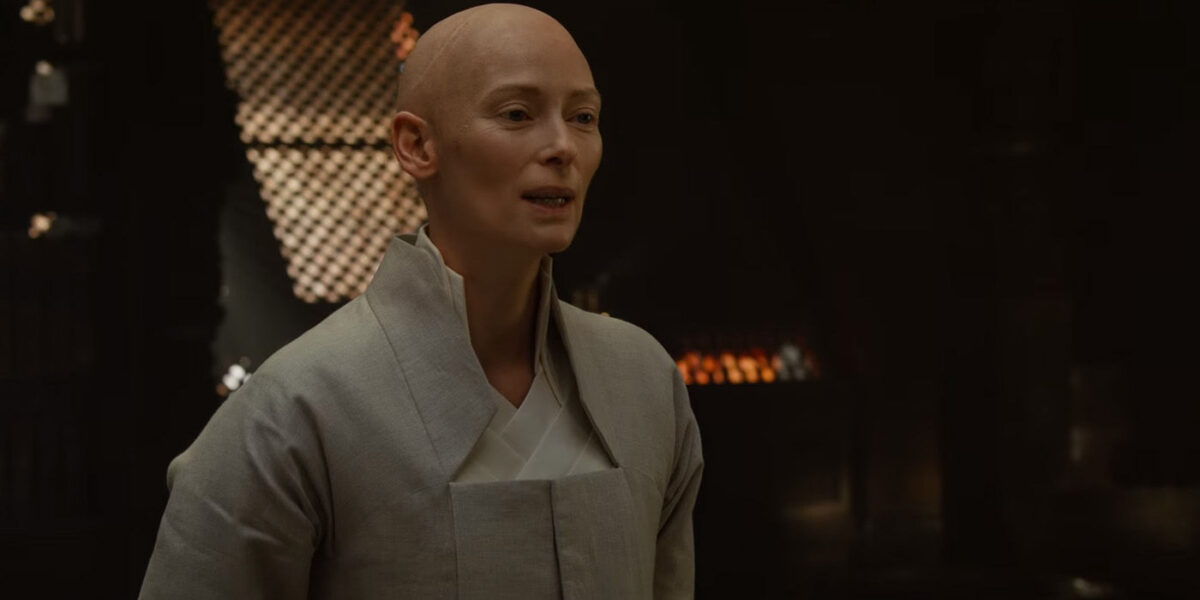 One of the most controversial casting decisions in recent Marvel history was the casting of white actress Tilda Swinton to play the Ancient One in Doctor Strange, a character who, in the comics, was an old Asian man. Five years later, Marvel Cinematic Universe architect Kevin Feige has admitted it was the wrong call.

“We thought we were being so smart, and so cutting-edge. We’re not going to do the cliché of the wizened, old, wise Asian man. But it was a wake-up call to say, ‘Well, wait a minute, is there any other way to figure it out? Is there any other way to both not fall into the cliché and cast an Asian actor?’ And the answer to that, of course, is yes,” Feige admitted in a recent interview with Men’s Health.

Swinton’s character appeared in both the 2016 film and made a cameo in Avengers: Endgame in 2019. While I am going to receive Feige’s comments in good faith, it doesn’t erase the fact that people had been calling this out since the casting choice was made, only to be told “we didn’t understand” the vision that Marvel was making—especially when they were asking us to pat them on the back for making the character a woman.

Director Scott Derrickson tried his best to explain how they wanted to make The Ancient One avoid stereotypes, especially once they changed the character to a woman, but the result, as writer Jen Yamato explained, was erasure:

In order to avoid one offensive stereotype, Derrickson and Co. effectively erased The Ancient One’s Asianness. Along with it disappeared any discernable debt the character might have represented to the place and people and culture the film’s setting, costumes, and multicultural spiritual mishmash still borrows. In trying to be one kind of woke, Doctor Strange became most unfortunately unwoke—and that’s a lesson Marvel, Disney, and other Hollywood studios should learn from.

In the process, the director says, he learned a lot about the term ‘whitewashing’ from the irate Asian community that took to the internet to take him and Marvel to task. “At the time when casting was happening there was a lot of anger circulating about female representation, but the term ‘whitewashing’ wasn’t even a term that I knew in the way that it’s used now,” he explained. “I knew it in the classical sense of yellowface, of white actors playing Asian characters. So I wasn’t as sensitive to that issue—but I was aware that I was erasing a potential Asian role.”

Comics have a long history of leaning into Asian stereotypes, and the Ancient One, the wise old mystical Asian monk who helps the white man on his journey to be best magician, is certainly a tired old cliché—one that many said could be corrected by … casting Doctor Strange as an Asian man, the same thing people said about Iron Fist when the same tropes were being discussed. There was absolutely no reason why an East Asian actor could not be put into that role and actually deliver some good Asian representation as early as 2016.

Marvel was likely bolstered in their thinking at the time because of the overall positive response to Iron Man 3′s decision to bait and switch the Mandarin character by splitting into Guy Pearce and Ben Kingsley respectively—a choice that was eventually switched up again in the short All Hail the King (2014), in which Ben Kingsley’s character is broken out of jail to meet the “real Mandarin,” who will apparently be played by Tony Leung Chiu-wai and is the father of Shang-Chi in the upcoming Marvel film Shang-Chi and the Legend of the Ten Rings.

So, that is a seven-year wait to get visible East Asian representation for one of the few long-lasting Chinese villains in comics that could have been removed of stereotypes to make him an actual powerful antagonist to Tony Stark?

I remember skipping Doctor Strange because of Swinton’s casting, and I groaned when she appeared in Endgame because, at that point, the backlash had been loud and clear. It felt like a doubling down.

With the rise of Asian hate in the country, I am sure everyone has become more aware of these mistakes—including Feige—but it feels exhausting when people were bringing this up (very loudly) for years. Why do the bloodshed and harm end up being the only way people understand discrimination and hold themselves accountable?