Kendrick Lamar Invites White Fan to the Stage, She Drops 3 N-Bombs, Asks, “Am I Not Cool Enough for You?” 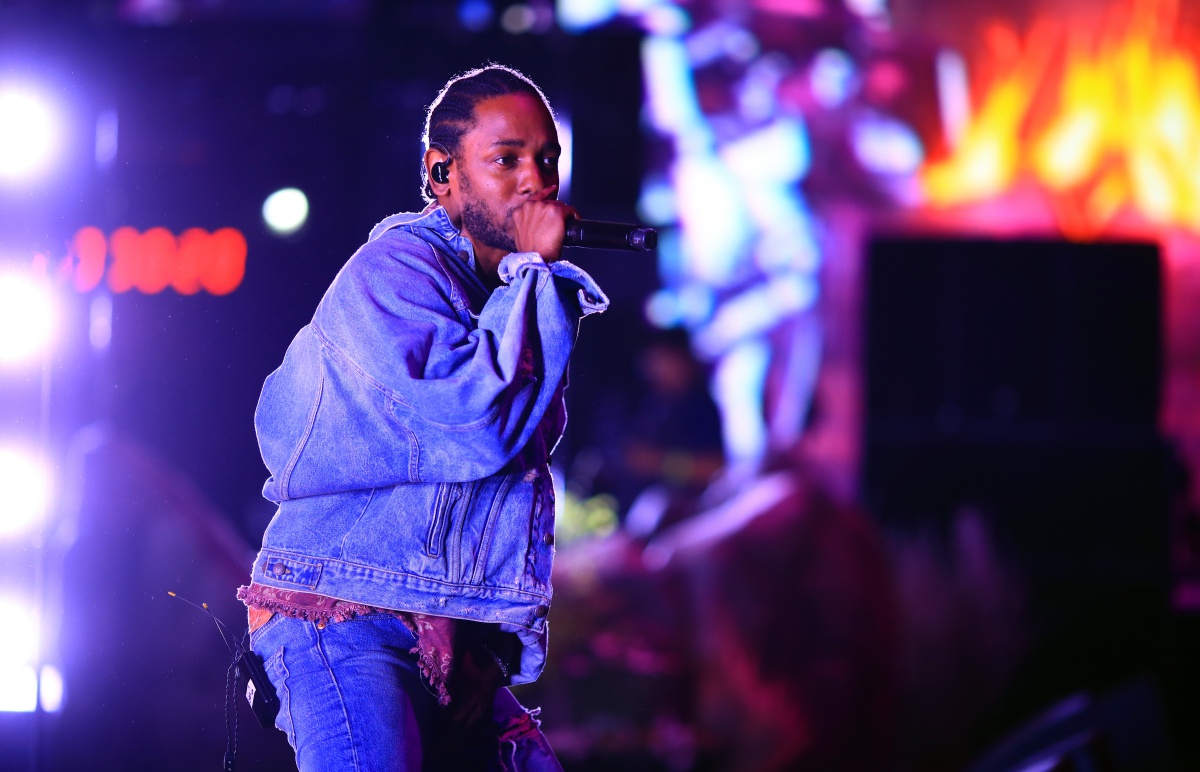 Kendrick Lamar was on stage at Hangout Fest in Alabama this past Sunday evening. During his performance, he invited a young white woman onto the stage with him to rap along to the song  “M.A.A.D. City” with him. It was then, overwhelmed at being in the presence of a Pulitzer prize winner, that she lost her mind and rapped the N-word, immortalizing her oops on hundreds of people’s Instagram stories, twitter posts, etc. Resurrected an age-old question during a recent concert: “If the n-word plays in a song and I’m not black, do I sing along to it?”

In the video, when she is stopped to get “the rules” explained to her, the young fan in question says, “Am I not cool enough for you? What’s up, bro? Wassup?”

Please stop dishonoring yourself and your kin in public like that. An unemployed white man just married a gorgeous biracial Hollywood actress this weekend. Why are you undoing all that progress?

This bitch really just said the N word on stage with Kendrick LAMAR! WHAT THE FUCK BITCH! YOU JUST BURIED YOUR GRAVE!!!! @kendricklamar @hangoutfest pic.twitter.com/OJLnIisHyN

Here is the video. The sound is hard to hear but you can see @kendricklamar’s reaction — pic.twitter.com/3UvnFAKWja

The crowd also groaned hearing it, and Kendrick handled it with the grace of someone who knows that a large majority of his fans are white people who deal with this “struggle” all the time.

Since hip-hop and rap culture became a part of mainstream American culture and opened to a white audience, the “nigga issue” in rap lyrics has continued. What started off as an in-house reclamation of a racial slur, then became an outside issue for public debate, because now white people and non-black people of color wanted to use “nigga” for … reasons.

This self-censoring in rap and hip-hop I have never found to be an issue that needs to be debated with the intensity it often is. I self-censor all the time. In eras of rap where it was much more homophobic, I wouldn’t sing along to songs that have the f-word slur, and in “Looking as Nigga” by Nicki Minaj, I never sing along to the part where she says, “I’m rapin’ you niggas.” My best friend and I were just dancing around to some Future, and not even a “nig—whoops” came out of her white mouth.

So why are we acting as though it’s hard to not say a slur that doesn’t apply to you? We can discuss within our individual communities if we should even say the word or not, but I feel it requires that much thought to understand why it is a problem for you to say “nigga” if you are not black, the f-word if you aren’t gay, etc.

There are people who say that cultural appropriation is a good thing because it means we can share things about our cultures through food, music, clothing, and all those things, but incidents like this are the reason I doubt that. I’m not saying that listening to rap music is cultural appropriation—music is literally made to be consumed—but it is an example of how this idea that “all we need is to share each other’s culture” is not the answer to our racial problems in the U.S.

If rap has become, for the first time ever, the most popular music in America and Kendrick’s music is all about the black male struggle in America, how can you call yourself a fan of that music and not understand why it isn’t alright to say the word nigga if you are white? From N.W.A to now, rappers have used the word and their music to express their own struggles. The history of the word is well known.

It’s not about being “cool.” It’s about the fact that, from the mouths of white people, that word will always be loaded racially, and it’s not okay. Period. You may get social passes with your black friends, but that’s for in their house. If you do that in the outside world, you’re on your own, fam.

This girl made an error, but instead of saying, “Oh shit, I’m sorry,” she deflects and says, “I’m just used to saying it the way you wrote it.” We want to believe that, with rap emerging on the scene and all the popular media we consume that is all about blackness, this means blackness is accepted. But it still isn’t.

It doesn’t matter how many white people will chant “Wakanda Forever” if we still have stories of black people getting the police called on them for doing everyday activities. So if black culture is so popular and so many people love it, why aren’t black people valued?

(via HighsNobility, image: Photo by Christopher Polk/Getty Images for Coachella)