What’s Going on With Kellyanne and Claudia Conway? 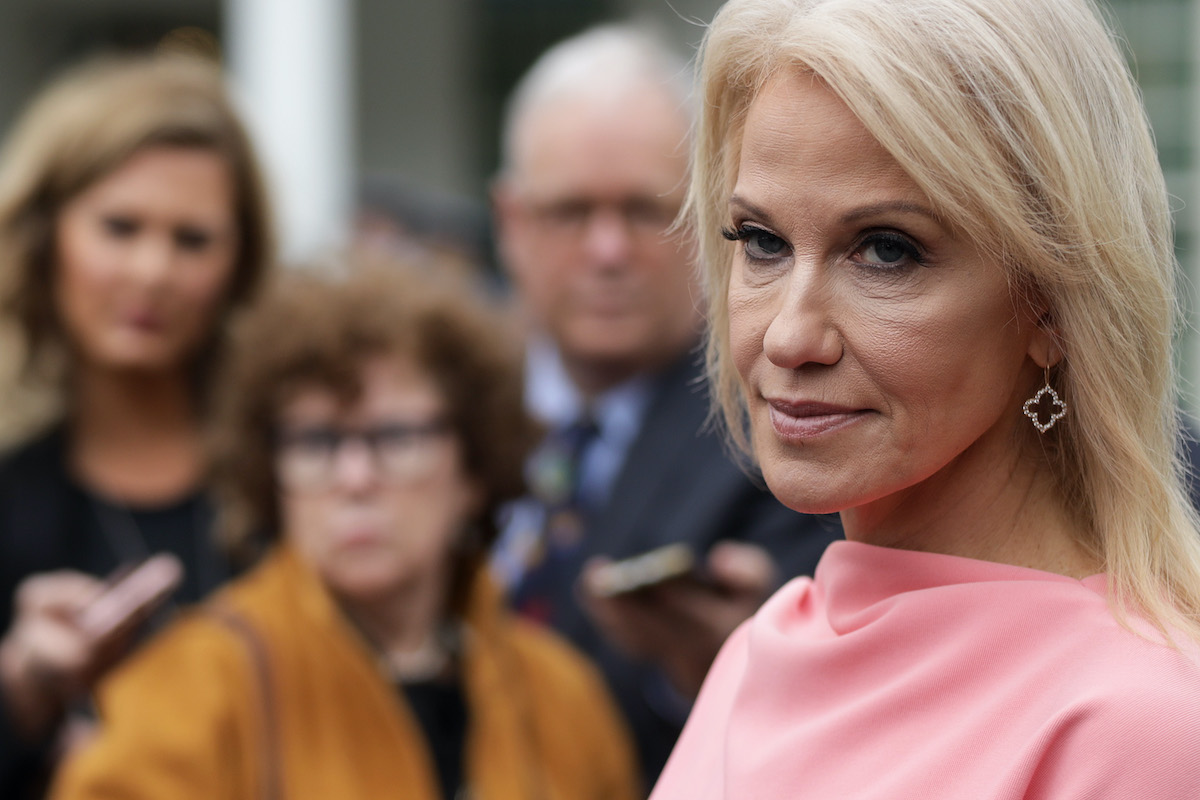 Kellyanne Conway and her family have been making headlines for a reason other than Donald Trump these last few weeks. Her 16-year-old daughter, Claudia, has taken to social media to post videos of their home life, and many are questioning what may be happening to Claudia Conway under her own roof. An alleged incident on Monday has further ignited social media furor and frenzy about the Conways.

If you recall, Kellyanne Conway, a senior advisor and campaign manager for the former president, left her post as a counselor to Trump in August 2020, citing “the need to focus on her family.” This move came after months of Claudia posting about politics and the allegedly toxic environment at home, and Conway’s husband George acting as a vocal critic of Trump and his administration.

Recent videos allege a fraught relationship between Claudia and her mother, with Claudia last week accusing Kellyanne of being “physically, mentally, and emotionally abusive” in a series of TikToks that purport to show her mother’s behavior over the years. Events came to a head on Monday, when Kellyanne Conway reportedly posted a topless photo of Claudia Conway in her Twitter fleets that she allegedly got from Claudia’s personal phone.

Though the picture was fast deleted, it was screengrabbed by social media users. A distraught Claudia Conway said that the photo was real and speculated that her mother had posted it accidentally after taking a picture of the photo “to use against me one day.”

Claudia Conway is saying on TikTok that the photo referred to below and reportedly posted by her mother today in a Twitter fleet was real.

She says her mother must have gotten it from Claudia’s personal phone.

The photo showed her topless.

Claudia is a minor.

Claudia Conway posted a series of videos to TikTok once the picture was uploaded to Kellyanne Conway’s account.

Claudia Conway after finding out from her TikTok followers that this photo was circulating on Twitter, part one: pic.twitter.com/2UqaySrxT7

Claudia Conway after finding out from her TikTok followers that this photo was circulating on Twitter, part two: pic.twitter.com/2E7sheSNed

According to screen captures posted by users on social media, Kellyanne Conway’s account (@KellyannePolls) shared an image of her topless teenage daughter using Twitter’s recently launched Fleets feature, which deletes posts after a 24-hour period (similar to Instagram and Snapchat’s stories). The Fleet was removed but not before Twitter users documented it.

On TikTok, Claudia Conway on Monday posted videos confirming that the picture was authentic; those have since been deleted from her TikTok account but Twitter users reposted copies of the videos. In the videos, a visibly upset Claudia Conway speculated that her mother may have accidentally posted the image. “I’m assuming my mom took a picture of it to use against me one day and then somebody hacked her or something,” she said. “I’m literally at a loss for words. If you see it, report it.”

The latest development in this upsetting and unsettling story is a TikTok from Claudia Conway, shared by her father George Conway on Twitter, that says she is, of her own free will, posting this video and that she loves her mother and is taking a break from social media to work on their relationship away from the media. She asks those watching not to incite hate or threats or “calls to authorities” about her family.

@claudiamconwayplease stop sending hate to my family. please. i am putting an end to all of this. i’m okay. we are okay.♬ original sound – claudia conway

Nothing else is known at this time, but there could (and should) be legal repercussions if it emerges that Kellyanne willfully posted this picture of her 16-year-old daughter. If you see the photo on social media, you should report it immediately. As HuffPo writes, “Federal law ‘prohibits the production, distribution, reception, and possession of an image of child pornography and any violation of federal child pornography law is a serious crime,’ and ‘convicted offenders face severe statutory penalties.'”

A lot of folks on here are claiming Claudia Conway “provokes” her mother.
Kellyanne is the parent. If your response to your children “provoking” you is verbal and other abuse, someone needs to intervene in that relationship to protect the child. That applies to everyone.

If you see the photo of Claudia Conway circulating, please report it immediately.

I’m not going to pile on to the rest of the commentary — I just hope the entire family gets the help they need.