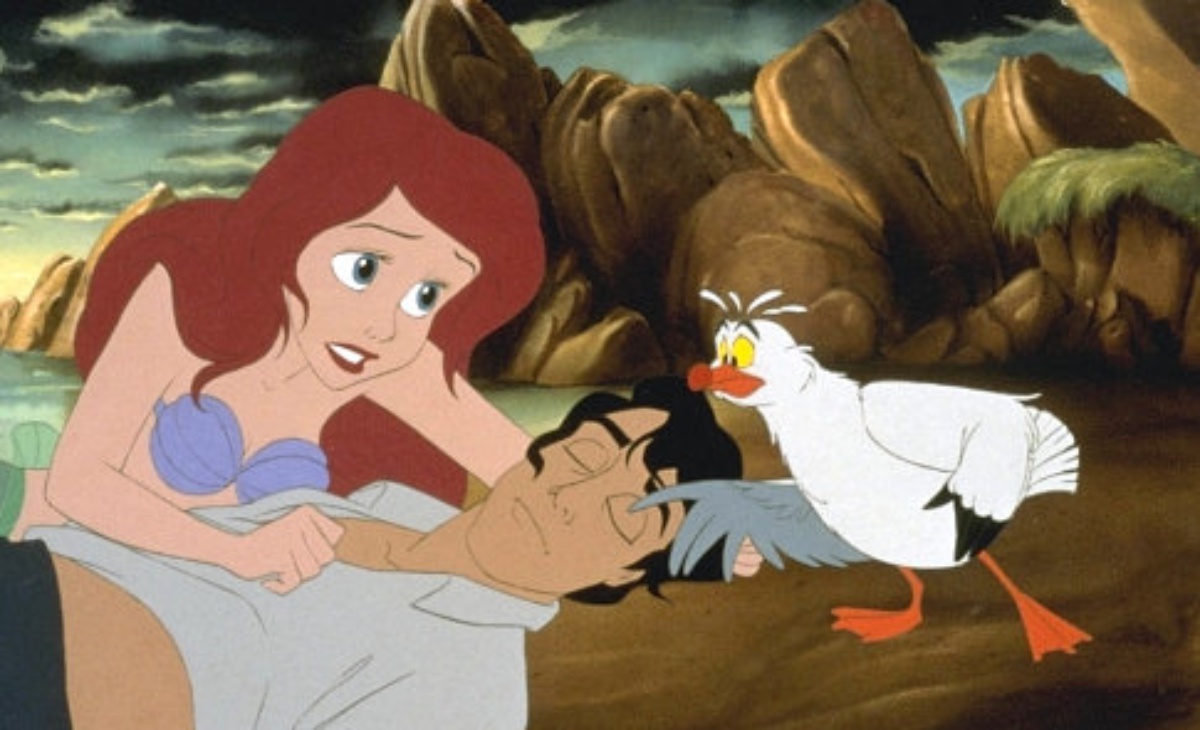 Actress Keira Knightley was on The Ellen DeGeneres Show today, talking about her upcoming Disney film The Nutcracker, and she confessed along the way that she’s not a fan of every movie the studio has produced, according to E!Online,”particularly when it involves Disney Princesses who don’t uphold her feminist values.”

Knightley explained that she has forbidden her 3-year-old daughter, Edie Knightley Righton, from watching certain movies including Disney’s Cinderella and The Little Mermaid. These are banned, according to Knightley, “because she waits around for a rich guy to rescue her. Don’t! Rescue yourself. Obviously! And this is the one that I’m quite annoyed about because I really like the film, but Little Mermaid [is banned, too]. I mean, the songs are great, but do not give your voice up for a man. Hello! But the problem with The Little Mermaid is I love The Little Mermaid! That one’s a little tricky—but I’m keeping to it.”

As someone who started feminist discourse through exploring Disney movies, I am used to these back and forths about consent, feminism, race, body diversity, etc. taking place about the Disney movies of the past and the potential movies of the future.

For all the improvements Disney has made in films like Moana, it also has created a lot of new issues for itself in its live actions movies, which, when it comes to adapting the Disney Princess movies, want to be labeled as “feminist” without really addressing the substantial feminist critics of the original film.

Which is honestly worse because, at least for me, while it is fun to engage in feminist discourse about Disney Princess movies, we must begin from the reality that with very few exceptions none of these movies deal with feminist issues.

To a certain degree, I have had to look back at my own childhood to process how I felt about The Little Mermaid and Cinderella as a kid. While I can’t remember that far back, I do remember that I thought Eric was cute and that Ariel had the best hair, but my vision of the princesses was just surface level. No one had to explain to me that it was weird that Ariel “gave up her voice for a dude ” when I was older, I sort of found that weird all on my own because the reality is that young people love to question things on their own in their own time.

The things I internalized from Disney about beauty were more important than the things having to do with relationships, because I learned that I found the princes or generic dudes to be … well boring. There is a reason people love The Beast and not Adam and that the men attached to these women are not in media the same way. What has always most been lacking for Disney Princesses are character journeys.

Most of the time the women are perfect and avatars for the growth of their partners or trying to escape their parents. It wasn’t until Mulan that we got a heroine who was trying to find her place in the world and had a whole story about Mulan’s self-esteem. Tiana is the first princess to have to work for a living, not out of servitude, and have actual goals and aspirations. Brave allows Merida to understand the value of both traditionally masculine and feminine skills when it comes to politics. Moana is perfect and is the first story we have a full blow hero’s journey with no romance or marriage at all for a Disney Princess lead and that is huge.

It is fine to critique the Disney Princess and what they have brought to the table in terms of representation for women, but I feel it’s important to remember that Disney didn’t make these movies with feminism in mind, they did it for wish-fulfillment, and maybe we need to examine why our wish fulfillment is so centered on princesses.

Especially since, most importantly, the most progressive and interesting female characters in this Disney canon are not princesses: Esmeralda, Meg, Alice, Kida, Audrey, Duchess, etc. Why don’t we use our feminist critique to highlight the other heroines of Disney, not just the popular girls in school?