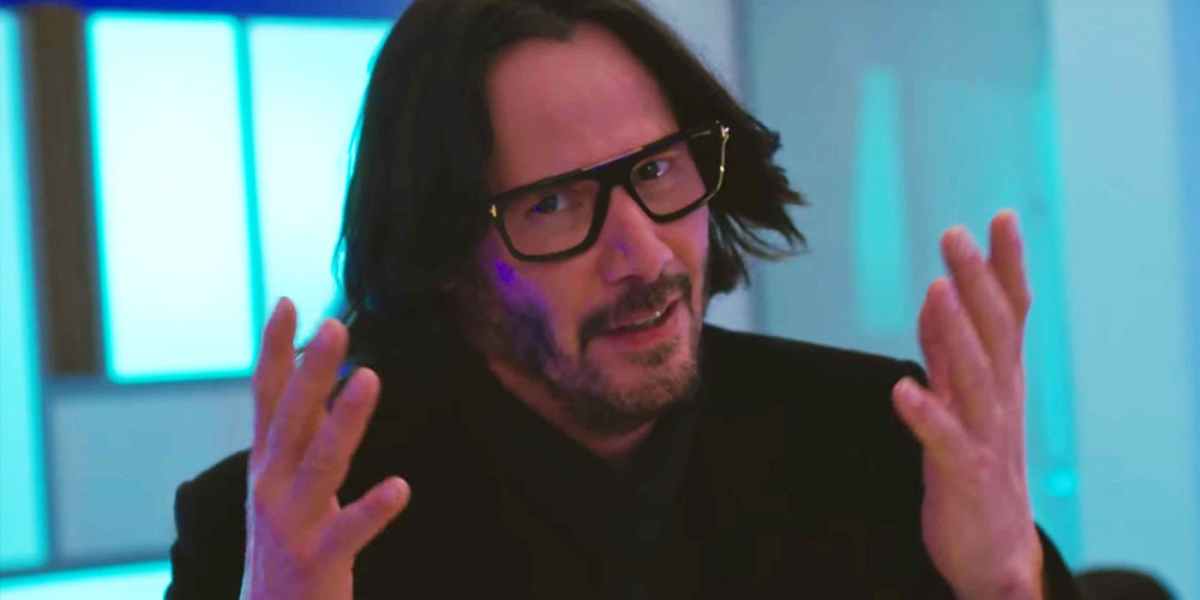 Keanu Reeves is charming. Full stop. As someone who fell in love while watching Bill and Ted’s Excellent Adventure as a kid, I’ve been on the Reeves train for decades. You don’t have a Neo doll in your room as a child for nothing. So right now, as he’s making the rounds doing press for The Matrix Resurrections, I’m reminded again just how wonderfully fun and clever Keanu Reeves is. Also just how much he is Ted Logan.

First, there was a wonderfully weird and funny interview with Graham Norton where Norton asks about Resurrections and how Neo is back given that, during Revolutions, Neo died.

This clip of Keanu promoting the new Matrix movie on the GNS is an absolute delight and has some Ted “Theodore” Logan vibes in the best way ♥️♥️♥️♥️ pic.twitter.com/jOyazRp7NR

And it kicked off days of everyone remembering that we all love Reeves for one thing or another. It doesn’t matter how you came to being a fan of Keanu Reeves; we all eventually end up here and love talking about him.

In fact, Reeves even made Constantine fans happy by telling Stephen Colbert that he’d love to come back as the comic book character.

As someone who wanted to go to the University of Southern California because they filmed the movie there, I’m completely onboard with a return to the world of John Constantine for Keanu Reeves.

And writer Karen Han is RIGHT.

keanu reeves saying that he wants to do a CONSTANTINE sequel and has tried and failed to get it to move forward … hollywood you are committing a crime https://t.co/KNsANU0Yjk

We even got Keanu Reeves laughing at NFTs.

Keanu Reeves laughing at the concept of NFT’s makes me like him that much more. pic.twitter.com/qHWd2EKSTn

And look, all I want in this world is for Keanu Reeves to explain The Matrix to the kids in my life at a dinner. I guess I would first have to be friends with Keanu Reeves, but that’s a technicality.

Keanu Reeves tried explaining The Matrix to teens, and it went better than expectedhttps://t.co/C6WxCgsmyT pic.twitter.com/oosgIxPYn4

It has been so long since we’ve had Keanu Reeves on a normal press tour (since Bill and Ted Face the Music was during the height of the pandemic) that it feels like a wonderful return to form, and we all have been gifted with the joy that is Keanu Reeves. I would love to just watch him laughing about NFTs for the rest of my life, I think.

May we all continue to have a wonderful and lovely press tour for The Matrix Resurrections.

me watching keanu reeves do the matrix press tour pic.twitter.com/Hz3QfsLYcK