One Halloween, Keanu Reeves Dressed as Playboy Bunny Dolly Parton, an Outfit Designed by His Mother 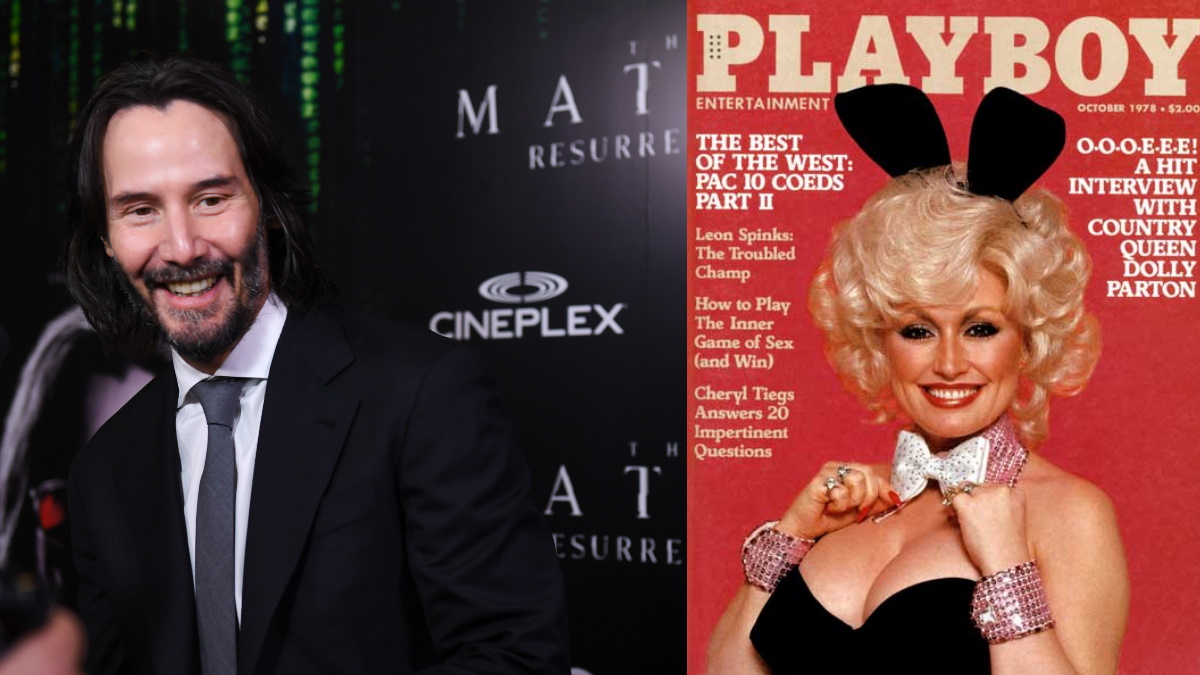 The 100th episode of Red Table Talk saw a reunion between Jada Pinket Smith, Keanu Reeves, and Carrie-Anne Moss in order to discuss The Matrix Resurrections, set to hit theaters (and HBO Max) on December 22nd. Priyanka Chopra, who is playing the adult Sati (who we first meet in The Matrix Revolutions) was also a part of the interview.

While there are a lot of fun moments to talk about from the Red Table Talk segment, we all know that Keanu Reeves dressed as Playboy Bunny Dolly Parton because his mom designed the outfit is THE “chef’s kiss” moment to discuss.

We first met Pinket Smith’s character, Niobe, in The Matrix Reloaded back in 2003. With Pinket Smith reprising her role in the upcoming film, it was only a matter of time before the stars showed up on her series, though she does say that it’s weird talking with them in that capacity instead of just hanging out on set. The reunion is really heartwarming to watch, if I’m being honest, as Moss points out that, at the time, Willow and Jaden were practically babies during filming.

Also? Jaden and Keanu were in a movie together when he was 9 years old called The Day The Earth Stood Still.

The reunion has the exact vibe you expect to feel when friends come together, as Reeves and Moss get to find out fun facts about how much The Matrix has meant to the Pinket Smith family. There are also questions from the virtual audience, which leads to the Halloween costume discovery that I expect someone to draw or tag Dolly Parton about.

Don’t let me down, readers.

Now that that’s out of the way: Keanu did what now?

“So many people probably love to dress up like your characters,” Ilana says, one of the virtual participants who got to ask a question. After revealing their own Halloween costumes as Neo and Trinity, they asked if anyone had a favorite Halloween costume.

I feel like Keanu Reeves was born ready for this question.

“So my mother was a costume designer,” Reeves says, which immediately started to get my brain going on what kind of costume that could possibly lead to for Halloween. “She made some costumes for Dolly Parton, and she once did the cover of Playboy, and somehow I guess she didn’t take that home. So we had it, and it was Halloween.”

“So I put on the ears and the bustier. I wore sneakers with fishnet stockings and the bowtie.”

I am, most definitely, Jada Pinket Smith in this moment, grinning ear to ear and going, “Yeah, Ke, come on!”

Ke is the nickname she has for Keanu, by the way.

“I had some pretty long hair, and I was Dolly Parton as a Playboy Bunny.”

First and foremost, I didn’t know that Keanu Reeves’ mother was a costume designer, but yes, Patricia Taylor was, and apparently, her debut was as an assistant costume designer for the 1991 TV series Where in the World Is Carmen Sandiego? I am contractually obligated to share this clip:

Now that the song is stuck in your head, I now have the sad news to share that no, there is no photographic evidence of Keanu doing this, but as we all know, Twitter works fast.

Some of us love to play dress-up with our mom’s clothes, but when your mom is a costume designer, I guess that gives you a lot more options than the average kid on the block.  Honestly, if you have something as iconic as Dolly Parton’s… ANYTHING, really, you put it on. You just… do.

Seriously, does Dolly Parton know about this?

Would she be willing to respond by dressing like a character from The Matrix?