Wild take from someone who's trying to rewrite election results. 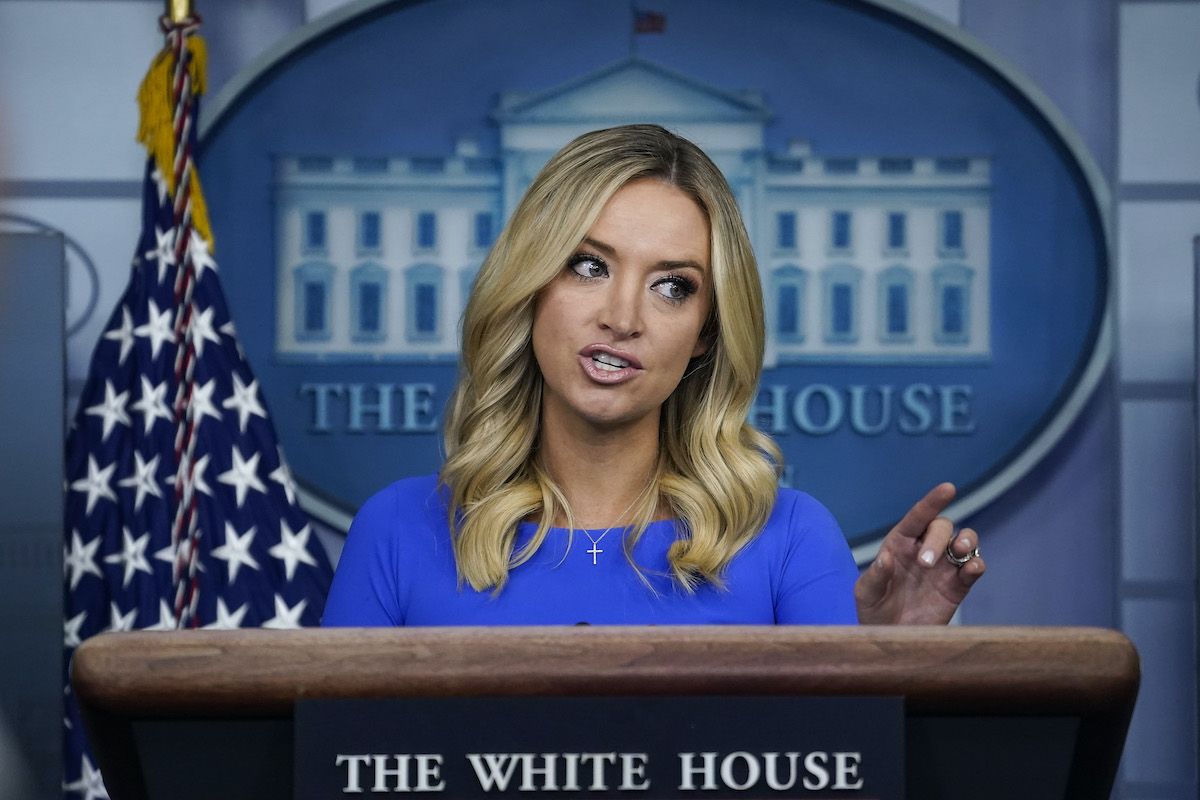 When you think of Orwellian, you think of Big Brother and the government watching your every move and telling you what you cannot do, taking away your freedoms. MAGA fans, and those who subscribe to those ideals, somehow think wearing a mask and not going and and infecting your entire family with a dangerous virus falls under that. They just … really want to be victims.

The mindset of right-wing nuts is that they are somehow having their freedom taken away because they’re simply being asked to be considerate. Shutting things down again and restricting how many people can gather is happening BECAUSE people refuse to do the right thing. It’s not taking away freedoms; it’s stopping you from murdering someone with a highly contagious disease, temporarily, while we get it under control.

White House Press Secretary Kayleigh McEnany went on Fox News to talk about the upcoming holidays and the Trump administration’s plans for mitigating the pandemic. Their solution? Nothing that would actually help while Trump is still president for the next few months, but plans for what to do in a SECOND term for the Trump administration (meaning they have no plan and are just continually acting like they won the election).

Basically, I think someone just off-handedly said “Orwellian” near Kayleigh McEnany and she suddenly thought she knew what it meant.

It is a little (by a little, I mean a lot) infuriating how much the Trump administration and the MAGA cult love to pretend as if they are the rebels of every story told. They want so badly to be on the right side while clearly being in the wrong, and it is nothing if not baffling. But saying that it’s Orwellian to require people to wear a mask and not to have large, indoor gatherings to combat a virus is … next level.

And yes, McEnany was commenting on the fact that there can be fines if these gathering rules are broken, but still, that’s not Orwellian. That’s just what has had to happen because our government, which McEnany is the mouthpiece for, wouldn’t do anything to stop the spread of this virus.

Hopefully, out of this, Kayleigh McEnany learns what “Orwellian” means and will start to realize that losing by more than 5 million votes, in addition to losing the Electoral College, means that there will not be a second Trump administration. But who am I kidding? It’s Kayleigh McEnany. She probably thinks that someone explaining Orwellian to her is Orwellian in some way.