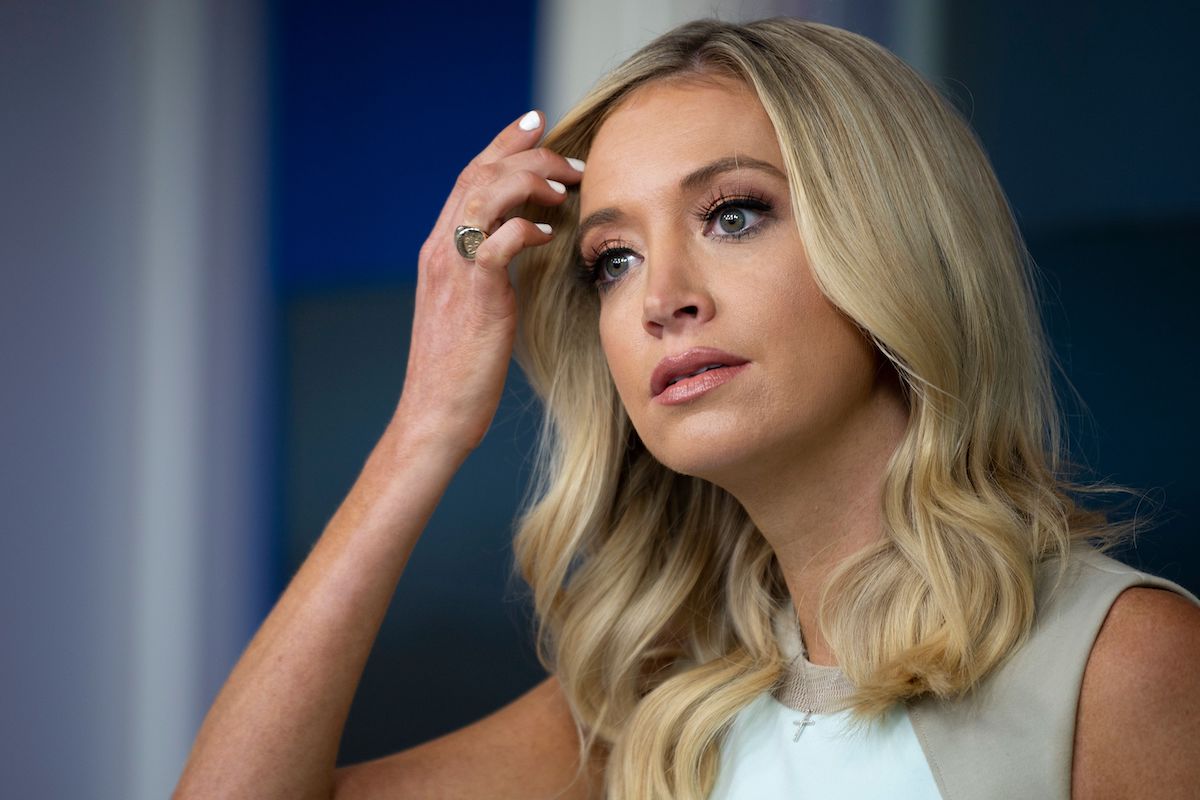 Whereas much of Donald Trump’s 2016 presidential campaign was centered on appealing to racists, that approach has become the entirety of his 2020 campaign. With a tanking economy and a virus that’s killing hundreds of people a day, making sure racists feel properly coddled is basically the only thing he has left, and he’s leaning in hard. Meanwhile, it’s press secretary Kayleigh McEnany’s job to keep gaslighting reporters and telling them they’re taking direct quotes and tweets out of context or blowing them out of proportion.

In recent weeks, Trump has condemned the removal of confederate monuments and statues of slave owners, whether they’re removed through official means or by the hands of protesters. He’s also criticized NASCAR for their recent decision to ban confederate flags at events. At recent press briefing, reporter Ryan Lizza asked McEnany if Trump thought “it was a good thing that the South lost the Civil War?” McEnany called that question “absolutely absurd,” but given Trump’s vehement support of confederate symbols, it seems like a valid query.

Just today, Trump tweeted that the confederate flag ban was responsible for NASCAR’s low ratings. In the same tweet, he attacked Black NASCAR driver Bubba Wallace, who had been assigned to a garage stall that had what appeared to be a noose in place of a garage pull. Trump called Wallace’s claims a “hoax,” which is not at all accurate. (The FBI concluded that no federal hate crime had been committed. They did not determine the noose’s placement to be a hoax.)

Imagine being so racist that you demand an APOLOGY from a Black guy who found THIS hanging in his stall pic.twitter.com/cTePEDlrTP

Yet, when asked direct questions about Trump’s stance on confederate flags and monuments, McEnany refuses to make any definitive statements one way or the other. Watch her dodge and weave:

She insists that Trump “wasn’t making a judgement one way or the other” by decrying NASCAR’s “flag decision” and instead turns the conversation into a way to chastise the media for a “rush to judgement” and for “focusing on one word at the very bottom of a tweet.” The reporter wasn’t even asking about Wallace, but presumably, the word McEnany talking about is “hoax,” which was in the middle of the tweet, written in all caps, and seems pretty important no matter its placement. She also compares Bubba Wallace to Jussie Smollett and “the Covington boys.”

Worth noting that White House press secretary Kayleigh McEnany — speaking on behalf of the White House and President Trump — so far has repeatedly been unable to take any unambiguous stance about the place of the Confederate flag in our society.

.@PressSec briefing is off the rails. Doesn’t answer the question she’s repeatedly asked about the president saying Bubba Wallace should “apologize,” then gets angry reporters are pressing her on it.

For his part, Wallace posted a message to Twitter today about valuing “love over hate every day” because “even when it’s HATE coming from the POTUS.. love wins.”

To the next generation and little ones following my foot steps..#LoveWins pic.twitter.com/tVaV3pkdLe