Bill Maher Was Not Ready for Rep. Katie Porter | The Mary Sue

Bill Maher Was Not Ready for Rep. Katie Porter

A meltdown in Real Time. 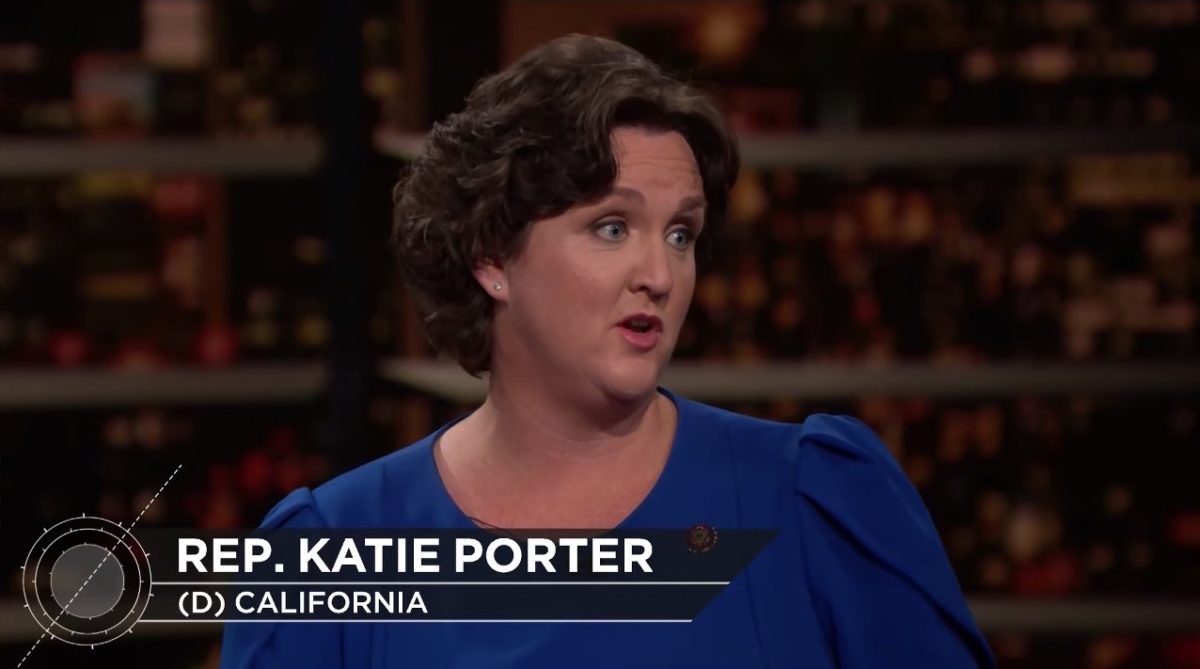 As a freshman member of Congress, California’s Katie Porter has already made a name for herself with her incredible questioning skills. A number of her questions from congressional hearings have gone viral, and for good reason. In addition to being demonstrably brilliant, she clearly cares deeply about her constituents and refuses to back down from difficult conversations.

Over the weekend, she brought all those qualities to Real Time with Bill Maher to talk about, among other things, abortion. Maher broached the subject of Joe Biden’s recently reversed support of the Hyde Amendment and asked Porter to explain what that was.

“The Hyde Amendment was a law passed in 1976 when I was 2 years old that has not been changed since, that prohibits federal funds to be used to provide women with reproductive health care such as abortions,” she said.

Maher speculated that Biden doesn’t actually care about abolishing the Hyde Amendment so much as he cares about getting the 2020 Democratic nomination (hey look, I agree with Bill Maher about something!), and wondered if he would be alienating centrist Democrats with this new stance.

Porter wasn’t interested in talking about those political calculations, though. “This is just an issue of right and wrong,” she said. “I’m the only person sitting at this table who has ever had to face this these kinds of healthcare decisions, and Joe Biden is simply trying to make a political decision here, and failing still to recognize that this is a personal decision.” (She also noted that even when he did talk about the issue, he couldn’t seem to bring himself to say the word abortion.) “Women cannot have social and economic equality without the right to control their bodies, without bodily autonomy, period, full stop,” she said.

As Porter said, she was the only person on the show’s panel who has had to make these sorts of personal healthcare decisions, but that didn’t stop Maher from attempting to center the conversation around himself. He told Porter that he’s pro-choice but that he’s “squishy” on the issue of abortion because his mother was told after having a very difficult pregnancy with his sister, that she shouldn’t have another child. So he “could have been on the cutting room floor,” as he put it.

Bill Maher is so dumb. A condom would have prevented him being born as well. Is he “squishy” on condoms?

Bill Maher is like if mansplaining were a person.

Maher’s argument is ridiculous because what he’s describing is what this situation should look like: A woman and her doctor had a private conversation about her health and her reproductive options, and then that woman got to make the decision that she felt most comfortable with. Inserting government legislation into that scenario wouldn’t have helped anyone. Which is what Porter told Maher, while also making an absolutely brutal and hilarious dig at his expense.

“Look, your mom made her choice,” Porter said, adding with perfect timing, “and we’re all here with the consequences of that choice.”

FACT: Women cannot have social and economic equality without bodily autonomy. No matter who it is, every woman should have the right to make healthcare decisions for herself. pic.twitter.com/5wd2BaPz5x

Maher–who, according to IMDB, has had two female writers with three episodes between them over the course of the show’s 17 seasons–did not react well to getting so completely owned on his own show. He stood up and leaned over the desk, addressing the audience directly. “First of all, fuck you, you can go watch another show,” he told them, with the air of someone trying to come across as joking when they are definitely not. “We got a lot of them here if I’m not doing it for you.”

If you play the clip of Bill Maher reacting to a guest getting a laugh with the sound off, it looks like he has been betrayed by his most trusted associates.

You know how you can tell when a comedian is thin-skinned? When someone else is funnier than he is, and he loses his mind and yells at the audience for laughing. https://t.co/lcHGe4YYTC

“I’m not arguing what you’re pretending I’m arguing for, all of you on this panel, and you assholes who cheered that,” Maher insisted, which is Peak Defensiveness–playing devil’s advocate and then pouting when your argument gets torn to shreds. He wasn’t ready for Rep. Katie Porter, and that was a huge mistake on his part.