It's Monday, and already I want to set fire to the internet. 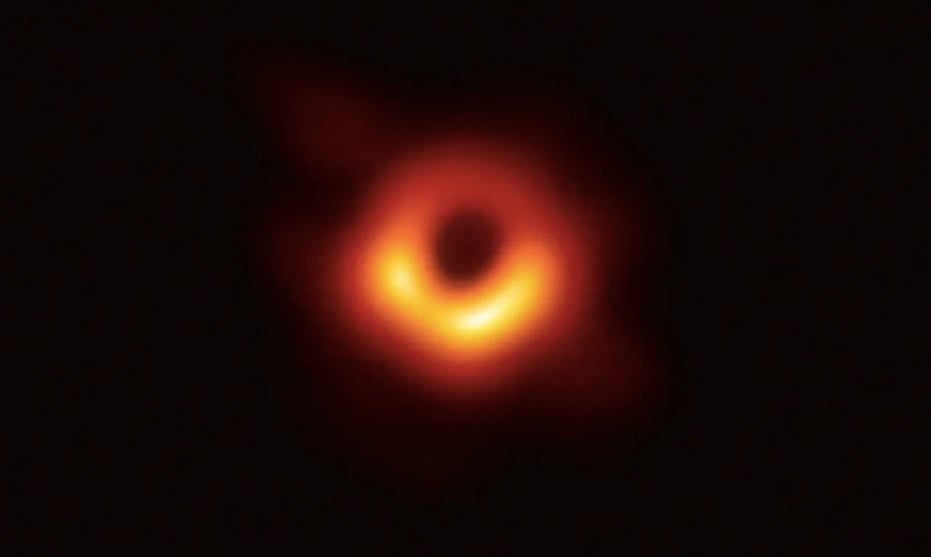 Worried people were starting to be fun and normal again? Fear not! Katie Bouman, who led the creation of the algorithm and tested five petabytes of data in order to achieve the picture of the black hole for the Event Horizon Telescope project, is now facing internet trolls saying she’s getting too much credit. I’d like for them to try to even figure out how to start writing an algorithm.

The “trolls” (as I will call them, because what else are they? Concerned citizens worried about the work that men didn’t do?) were focused on the fact that, based on limited data and assumptions, it seemed that an astrophysicist named Andrew Chael wrote most of the code on an algorithm that was used to obtain the picture. Chael is the man who these attackers claim “wrote all the code,” and when they found another algorithm, by Mareki Honma, had also been used in creating the image, they deemed that the one that led to the picture and cried out about how Bouman stole credit from two men!

While that’s not at all the case, I just have to laugh, because how many times throughout history have women lost credit for their work because a man took it? And now we’re supposed to feel sorry that Katie Bouman is getting credit (and rightfully so!) for something she worked on while two men aren’t? Again, while all part of a team effort (including those two men!), this is a huge success made possible by Bouman’s work for which she is credited first on the peer-reviewed documentation.

The reality is that several teams worked on their own versions of the image that were then composited, but as The Telegraph explains, that was only possible in the first place because of the CHIRP algorithm created by a team Bouman led. The algorithm sorted the impossibly large set of data collected by the EHT project down to what would be needed to create the image (the actual black hole data), and even the resulting, sorted data set was still mind-bogglingly huge (5 petabytes):

Katie Bouman (and all her hard drives holding the data)!!! #EHTblackhole pic.twitter.com/rLnny3ymsp

The image is the result of four teams working independently to verify that data—essentially how well Bouman’s work had paid off, which turned out to be incredibly well. Chael even had a lovely Twitter thread dedicated to both Katie Bouman and the work they did with a team of astrophysicists, discussing their programming work and the amount of work that Bouman put into the project.

(1/7) So apparently some (I hope very few) people online are using the fact that I am the primary developer of the eht-imaging software library (https://t.co/n7djw1r9hY) to launch awful and sexist attacks on my colleague and friend Katie Bouman. Stop.

He went on to talk about the sexist attacks on Bouman and how he felt about them.

(6/7) So while I appreciate the congratulations on a result that I worked hard on for years, if you are congratulating me because you have a sexist vendetta against Katie, please go away and reconsider your priorities in life. Otherwise, stick around — I hope to start tweeting

Maybe it’s because I’ve always loved space and the exploration therein, but I found myself getting teary-eyed by the end of Chael’s thread, outlining the importance of Bouman’s work and what she stands for in regards to being an inspiration for women in this field.

Congratulations to the entire team who worked on the Event Horizon Telescope project and kudos to people like Andrew Chael who stand up for their team and work towards taking the internet trolls down a few pegs. Katie Bouman worked exceptionally hard to parse this gargantuan amount of data and give us this beautiful image of something we’d only ever dreamed of before, and she deserves the credit for her work.