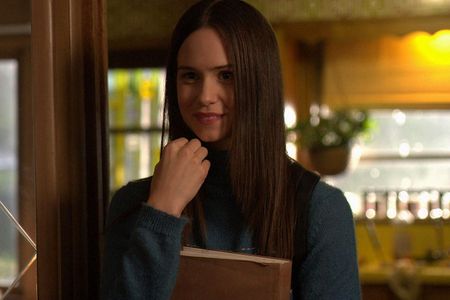 Ridley Scott has found his next Ripley. Katherine Waterston (Inherent Vice, Steve Jobs) has been cast in the lead of Scott’s Prometheus sequel, Alien: Covenant.

While the plot details of Covenant are being kept tightly under wraps, Waterston will be playing the role of Daniels, a crew member on the ship, Covenant, which is on its way to what they think is an uncharted paradise of a planet. That planet turns out to be dark and dangerous, and inhabited by the only survivor of the ill-fated Prometheus expedition, the “synthetic” David (Michael Fassbender). The film will reunite Waterston with her Steve Jobs co-star in the biggest role of her career. She’ll be the lead this time!

Word is that Alien: Covenant is the first of three films that will link the events of Prometheus to Alien. So, it’s less a “Prometheus sequel,” and more the beginning of an Alien prequel trilogy. So, there is no Prometheus 2. It’s almost like they’re trying to forget that movie happened or something.

What do you think? Are you looking forward to more Alien films?