Karl Urban Was in Star Wars: The Rise of Skywalker?!!?!?

Damn it, Jim, I'm a Stormtrooper, not a secret keeper. 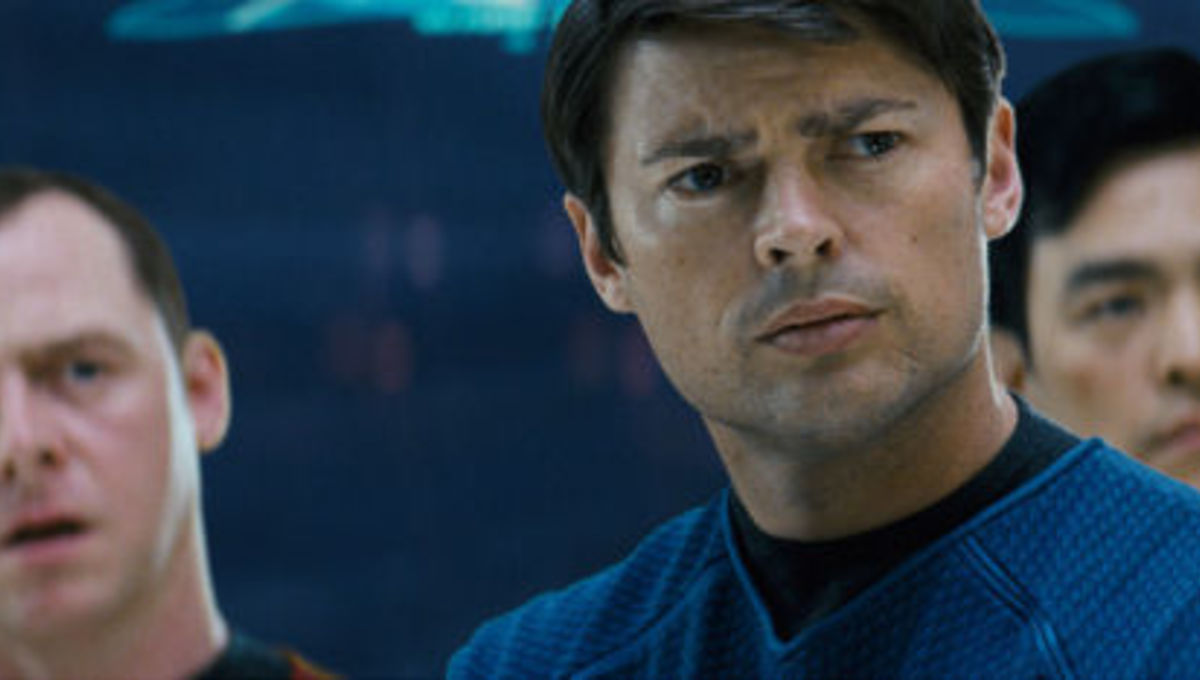 STOP THE PRESSES. KARL URBAN WAS IN STAR WARS? The perks of visiting your friend, J.J. Abrams, on the set of Star Wars continue. Apparently, Urban went to the set to visit the Star Trek and Star Trek Into Darkness director while he was working on the other space-faring “star” franchise, and Abrams decided to give Urban a small speaking role in the ninth installment.

In an interview with Digital Spy, the star of Amazon’s The Boys shared the experience and how he can now tick off his lifelong goal of being a stormtrooper. (Let’s be real: who doesn’t want to be in a Star Wars movie?)

Here’s the process. I had the good fortune to go and visit JJ Abrams [the film’s director] while he was shooting The Rise of Skywalker. While I was there, he put me in a stormtrooper uniform and we had a really fun day on set. It’s been one of my life-long goals to be a stormtrooper, so I can tick that off now.

A part of me wonders when we’re going to hear about Benedict Cumberbatch being a stormtrooper, too. (It is widely known that Cumberbatch, like everyone, also loves Star Wars). I just imagine him and Karl Urban hanging out and swapping Star Trek Into Darkness stories while dressed like troopers.

It’s kind of cool, to be honest—all the secret cameos from celebrities as stormtroopers or rebels—not because we’re not jealous (I’m so jealous of anyone who gets to be in a Star Wars movie), but because it shows just how many celebrities are also fans of the franchise. So often, we see celebrities as these people who bring the franchises to life and, in a lot of cases, as people who are “above” being nerds. So stuff like this? It just is extremely fun.

“What is in the cut is my voice saying ‘Knights of Ren’ as Kylo Ren walks down a hallway past two stormtroopers. I am one of those stormtroopers,” Urban explained, and honestly, imagine getting to be a stormtrooper after being a fan of Star Wars.

It’s surprising that this was kept under wraps for this long, but then again, the news about Daniel Craig as a stormtrooper wasn’t a big deal until we found out anyway. Plus, now Karl Urban gets to tell everyone about his time as a stormtrooper while getting ready to promote the second season of The Boys!

I kind of want Karl Urban and Daniel Craig to come back as stormtroopers for the Disney+ Star Wars shows. Maybe get Taika Waititi and Karl Urban working together again on The Mandalorian or in Waititi’s Star Wars film that’s in the pipeline. Whatever happens in the future, at least we have this fun little bit of information. Now, whenever we hear that stormtrooper say “Knights of Ren,” we’ll know that Karl Urban is there with us.