Dammit Jim, no one puts McCoy in a corner. 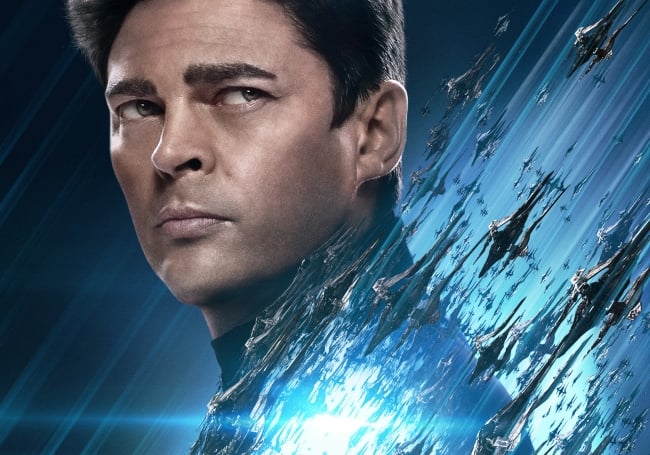 We all beamed to the theaters with the hope that Star Trek Beyond would not repeat the mistakes of its predecessors, and for the most part, it didn’t. Despite early trailers touting it as a Fast and Furious-like adventure, the finished product was a bit more grounded. There were no extravagant lens flares or side-eye-inducing Khan reveals to drag down the film. Instead, this third incarnation brought in the heart and divine nerdiness from the original series while throwing in some modern action sequences—all of which made for a pretty rad experience.

Had things gone the way of the previous J.J. Abrams-produced films, producers might have been forced to recast one of the main characters. Karl Urban revealed that he almost skipped out on playing Leonard “Bones” McCoy for a third time because of the way his character had been previously handled on screen.

“I felt that I was in agreement with a vast number of fans and audience members and critics who, after watching Into Darkness, felt that the character had become marginalized. And I was not keen to repeat that experience,” he said. Believe me, no one was keen on watching MCcoy spout forced metaphors for comedic effect while not really adding anything to the plot.

And thanks to a spirited actress who took on a major Hollywood studio and won, he was not legally obligated to return to that bleak role either. Back in 1944, Gone With the Wind star Olivia de Havilland fought her contract with Warner Bros. after they tried to tack on additional time citing the months she spent suspended without pay as time owed. The courts ruled against this form of indentured servitude, and she was free to make other films that didn’t box her in as simply arm candy for leading men.

In Urban’s case, that meant he was able to negotiate another role for a completely different film. However, his reservations about Beyond were subdued after a productive phone call with director Justin Lin, which he discussed in an interview with StarTrek.com:

“I raised my concerns and issues with him. And he outlined the story and the vision that he had for the character. And I was immediately intrigued and also somewhat reassured that he was a long-term fan of Star Trek, that he understood the weight and value of the character, and how the character interacts with Spock and Kirk. So that gave me a great deal of security, which enabled me to make the decision. And I’m so glad I did. I feel that the version of McCoy in Star Trek Beyond is the most well-defined version of the character that I’ve had the benefit to play. So it’s all turned out for the best.”

It really did. The film is arguably the best of the trio, box office be damned, and has been certified fresh by fans and critics alike on Rotten Tomatoes. Unlike the first two films, this was more of a collaborative effort between Urban, Lin, and screenwriters Simon Pegg (who also stars as engineer extraordinaire Montgomery Scott) and Doug Jung. “There’s a lot of material in the film that’s a direct result of e-mails and conversations and opinions that I held about what I wanted the character to do in this movie,” Urban added.

(via The Playlist, image via Paramount Pictures)