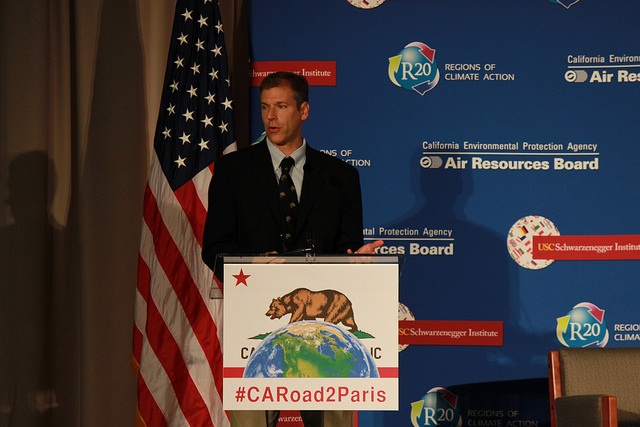 Following the mass resignation of the President’s Committee on Arts and Humanities, University of California at Berkeley energy expert Daniel Kammen—one of seven science envoys for the State Department—has also shared his resignation letter, citing “Your response to Charlottesville enables racism, sexism, & harms our country and planet.” Much like the PCAH letter which included an acrostic that spelled out “RESIST,” Daniel M. Kammen’s letter goes even further and spells out “IMPEACH.”

Mr. President, I am resigning as Science Envoy. Your response to Charlottesville enables racism, sexism, & harms our country and planet. pic.twitter.com/eWzDc5Yw6t

In the letter, Kammen gestures to his previous work in environmental protection and working to “build significant partnerships” internationally “around shared visions of national security, job creation in the U.S. and sustainable energy.” The scientist then makes his values clear, writing that on Charlottesville and white supremacy, “I stand with the unequivocal and authoritative statements of Charlottesville Mayor Mike Signer, Virginia Governor Terry McAuliffe, Ohio Governor John Kasich, Senator John McCain, Congresswoman Ileana Ros-Lehtinen, Governor Arnold Schwarzenegger, Presidents George H.W. Bush and George W. Buch, Dr. Cornel West, Linda Sarsour, the Palestinian-American activist and one of the organizers of the Women’s March, and many more.”

Kammen also points to the many ways Trumps has undermined efforts to combat climate change and environmental research, and concludes: “To continue in my role under your administration would be inconsistent with the principles of the United States Oath of Allegiance to which I adhere.”

While he is no longer working as an envoy, Mashable points out that a recent article in Nature states that Kammen is part of a group of scientists working on a state-based climate and energy research program with California Governor Jerry Brown.

Trump will no doubt try and discredit Kammen or try and claim he was going to fire him anyway (you know, the tactic children use when you send them to their room). But Kammen’s resignation only makes Trump’s disregard for science, equality, and security more clear and emphasizes that many of those trying to further these causes won’t find those opportunities in the White House.

(via Mashable, image: California Air Resources Board on Flickr)