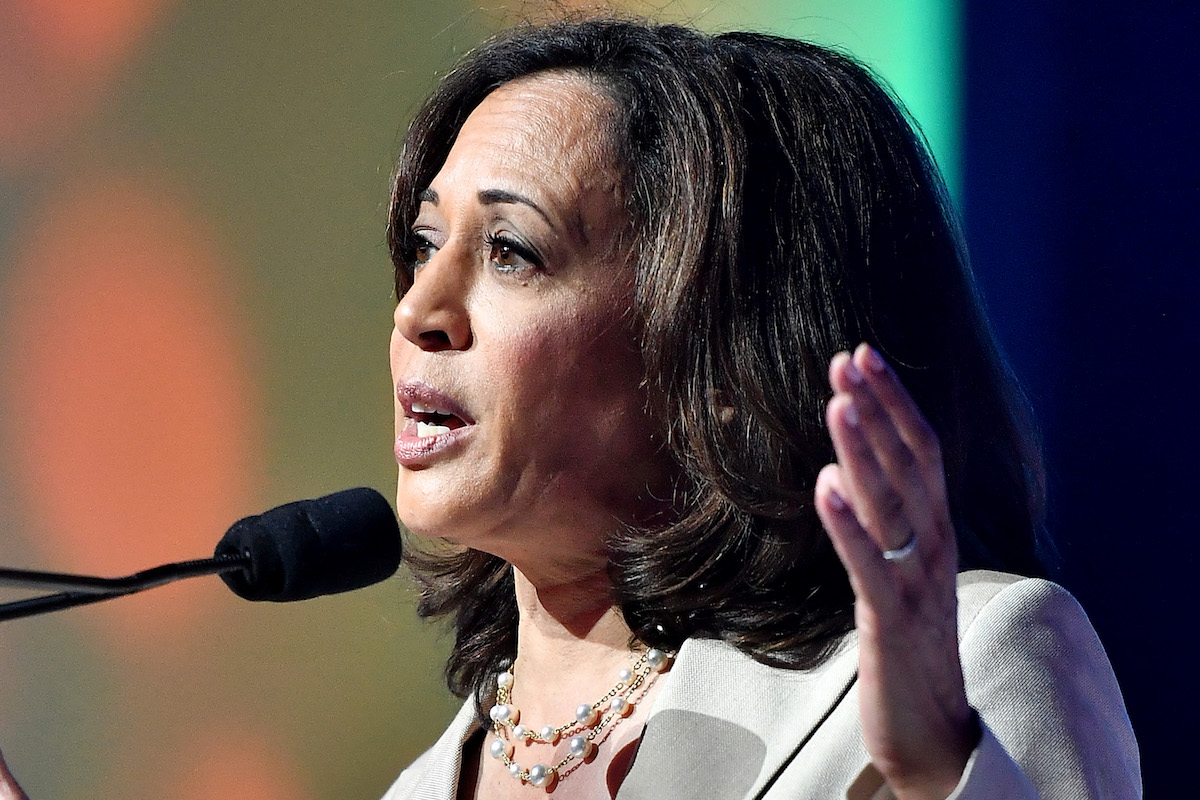 Student loan debt is a major subject of debate amongst the Democratic candidates in the 2020 presidential race. Elizabeth Warren wants to use her proposed “Ultra-Millionaire Tax” to cancel up to $50,000 of debt for the 42,000 million Americans with student loan debt while also introducing a plan for universal free college. Julián Castro also wants to eliminate tuition at public colleges and restructure existing debt repayment plans. Other candidates have their own plans to address these issues, though most of them are still fairly vague at this point.

Kamala Harris has now introduced her plan for addressing student debt and it’s left a lot of people pretty confused.

Part of Harris’ plan is to establish a student loan debt forgiveness program for Pell grant recipients. Grads can have $20,000 of loans erased if they establish and operate a business in a disadvantaged community for three years. During that business development period (up to three years), they can also defer their debt interest-free. For many, that plan leaves a lot to be desired.

To start, Harris’ plan specifically aims to target Historically Black Colleges & Universities and increase Black entrepreneurship. But $20,000 barely covers (or doesn’t cover) even one year of tuition at many HBCUs, even taking into consideration the $5,000 to $6,000 covered by a Pell grant. Add to that books, rent, and other school and living expenses and $20,000 of debt forgiveness is barely a dent.

There are other problems a lot of people are seeing in Harris’ proposal–most glaringly that it requires students to start a business straight out of college and have that business survive for three years. That in itself would be an incredible feat, but businesses in disadvantaged communities face additional hurdles and have a lower survival rate than others, as do businesses founded by POC.

I work at an incubator in a university that is deeply committed to innovation in a city that has what feels like an incubator in every corner, and this is so absurd… a LOT of new businesses fail, and they take a lot of money and effort regardless of success. Who does this help? https://t.co/pFvaQa7k33

There are a few people on Twitter saying that they were Pell grant recipients and now have their own businesses, and that this plan would have really helped them. So while the group affected by this specific policy may be narrow, it’s not nonexistent, and not every plan has to benefit everyone equally all of the time. She might very well have another student loan forgiveness plan coming in the future, although if that’s the case, it does seem like she and her team should have seen this reaction coming in the meantime.

Kamala waiving goodbye to supporters who thought she was going to forgive their student loans after announcing her Pell Grant policy: pic.twitter.com/z3EjRQW1gK

It’s also important to note that this is just one element in a much larger plan–one that does also address issues like the specific obstacles faced by Black entrepreneurs.

In this same plan, she proposes increasing access to federal contracts for minority-owned businesses as well as bringing back the State Small Business Credit Initiative to support those businesses on a state level. She proposes steps to eradicate discrimination against Black and other marginalized entrepreneurs. She also proposes a number of initiatives to help Black entrepreneurs and HBCU students enter into the business world with a leg up, like expanding on-campus small business development centers. (This is especially important since Pell recipients and other low-income students often have a lack of basic institutional support resulting in lower graduation rates than their non-Pell peers.)

So on the one hand, the partial loan forgiveness for a very small subset of Pell recipients is so highly specific that the negative reactions on Twitter aren’t surprising or even maybe misplaced. But it is part of a larger plan that risks being ignored by focusing solely on this one aspect. What do you all think of Harris’ plan?